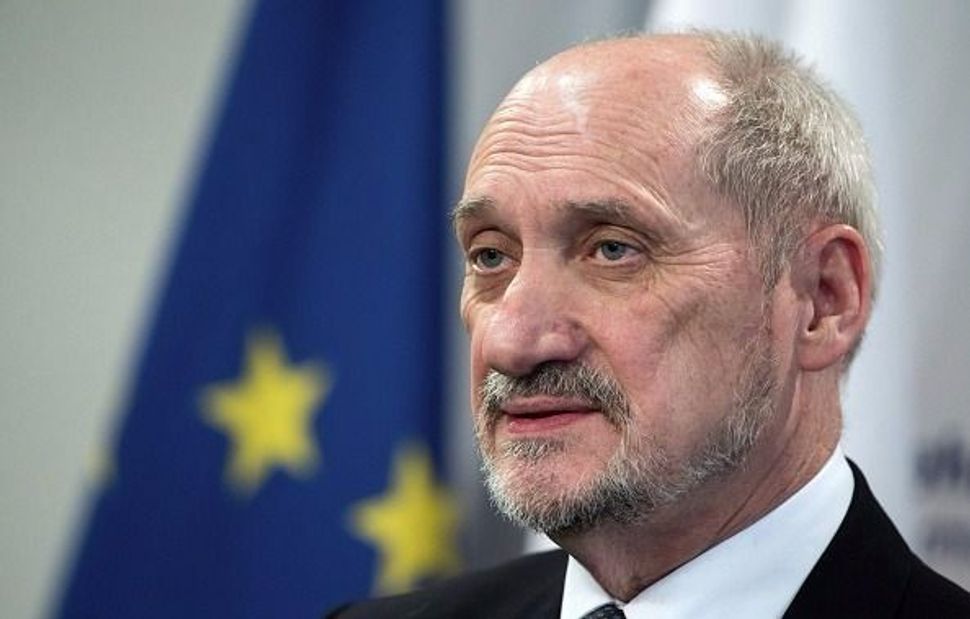 In a lengthy email to the Forward, a spokesman for Antoni Macierewicez cited recent talks between Netanyahu and leaders of several East European countries in response to allegations that he published and edited a far-right newspaper that ran frequent anti-Semitic material under his tenure.

During those talks, Netanyahu praised Poland for its “resolute stand against the resurgent anti-Semitism that we see in parts of Europe” and Poland’s “important position in international forums against the automatic reflex of anti-Zionism and anti-Israel resolutions.”

Macierewicz “was one of four members of the cabinet, who, alongside the Prime Minister of Poland…participated in the consultations,” the spokesman, Edmund J. Janniger, wrote. “Minister Macierewicz has proven to be a stalwart friend of Israel with a strong record of support for the Jewish people.”

Janniger’s email followed a Forward report, published Tuesday, on Macierewicz’s response to a book with damaging allegations about his background. Macierewicz has filed a criminal complaint against the book’s author, a former freelancer in Warsaw for the Forward. The complaint, filed with the military bureau of Poland’s prosecutor-general’s office, charges journalist Tomasz Piatek with “using force or threats against a public official” and “public insults or humiliation of a constitutional body.”

If found guilty of these charges, Piatek could be sentenced to up to three years in prison.

The Forward’s article also noted a July 2016 article that Piatek published in the Forward detailing the defense minister’s earlier history as the publisher, editor-in-chief and part owner of Glos, a newspaper that frequently ran anti-Semitic content. Macierewicz demanded “a full and immediate retraction” of these allegations and threatened “to vigorously pursue all available actions and remedies” if one was not forthcoming.

“For the record,” Janniger said, “while Minister Macierewicz has written for the Głos newspaper, and has served on its leadership board, his positions in government and in parliament have kept him more than simply at arms length from all editorial decisions. Głos was managed by a limited liability company with a one-person board of directors, and has never had an affiliation with the Ministry of National Defense or the Polish government. When Minister Macierewicz wants to write articles or make statements, he has his official position from which to make them.”

This is not the first time that Macierewicz has had to respond to allegations of anti-Semitism. In 2015, before he was confirmed as defense minister, the Anti-Defamation League called on Poland’s new prime minister to reconsider Macierewicz’s appointment unless he publicly recanted an anti-Jewish remark from 2002. Macierewicz said through a spokesman at the time that his remarks were misinterpreted and that he condemns anti-Semitism in all its forms.

On Tuesday, a coalition of press freedom watchdog groups protested Macierewicz’s criminal complaint against Piatek as contrary to democracy. The groups, which include Freedom House, Reporters Without Borders and the International Press Institute, charged that Macierewicz’s attempt “to intimidate a journalist seems to be part of a broader two-year-old offensive against freedoms in Poland.”

The charge was highlighted this week by protests involving tens of thousands that have erupted in Poland’s major cities. The demonstrations came in response to legislation the ruling Law and Justice Party is on the verge of passing that would rein in the judiciary’s political independence. The measures include provisions that would give the ruling party control over who could be considered for a slot on the nation’s Supreme Court and dismiss all current members of the court. Poland’s justice minister, a Law and Justice member, would have the power to appoint new justices, going forward.

Piatek told the Forward that if the prosecutor-general moves on Macierewicz’s criminal complaint against him, he viewed his prospects for receiving a fair hearing under such a system as “impossible.”

Piatek’s new book, “Macierewicz and His Secrets,” published in June, alleges that Macierewicz, a hardline, anti-Russian political leader in Poland’s nationalist government, has a long history of ties to paramilitary organizations that recruited pro-Russian neo-Nazi youth and members of an openly pro-Kremlin party into its ranks. Piatek reports that the defense minister has incorporated these militias into Poland’s civil defense forces. As part of these forces, he writes, the militia groups were deployed in NATO’s 2016 Anaconda military exercise — the largest NATO maneuvers near Russia’s borders since the end of the Cold War.

The book also alleges long-standing ties between Macierewicz and individuals who work with the GRU, Russia’s military intelligence agency, as well as members of the Russian mafia.

Janniger’s email to the Forward does not address these allegations.

Piatek’s book does not contain much about Macierewicz’s record of promoting anti-Semitism in his newspaper, Glos. The journalist covered this part of Macierewicz’s career in his article for the Forward.

One article penned by Macierewicz denounced as “a brazen lie and a defamation” the documented slaughter of 40 Polish Jewish survivors of the Holocaust by their non-Jewish Polish neighbors in Kielce when they returned to the town in 1946, after World War II, Piatek reported.

Another, in June 1996, blamed “Jewish circles” for the finding by historians across the spectrum that local Poles committed the Kielce murders. A July 1996 article asserted that American Jews were financing Hitler and Nazi Germany in the 1930s.

In an issue of August 1996, Witold Gadowski, now an important right-wing journalist, hinted at an alleged Jewish plan to take over Polish houses and force Poles to live on the streets, Piatek’s Forward report stated. Gadowski cited a “Colonel Strauss,” the former deputy police chief for the Krakow Region, as “strictly linked to the Jewish nationality,” adding, “You can see him in synagogue very often” — an apparent suggestion, wrote Piatek, that Jews had infiltrated the local authorities. 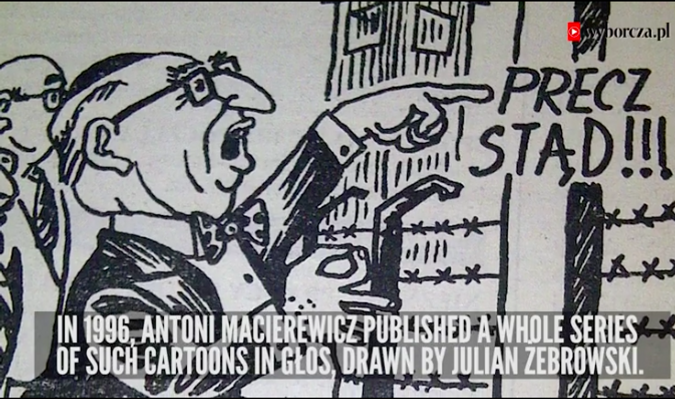 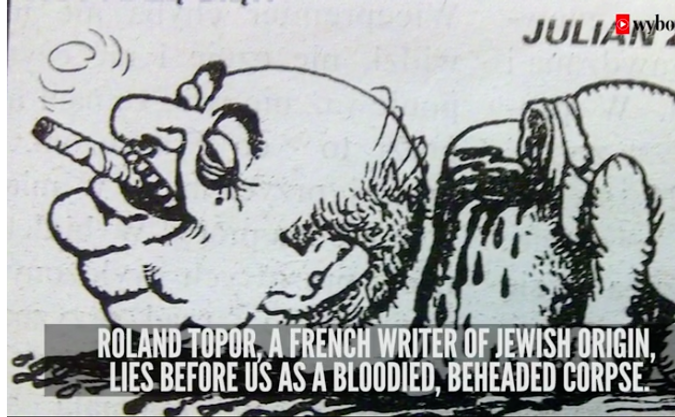 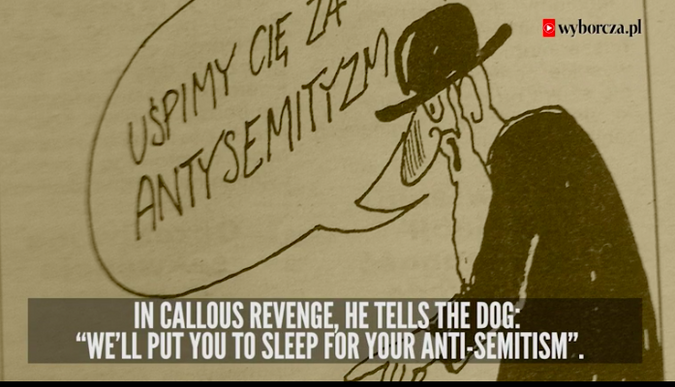 Janniger did not respond to follow-up emails asking what specific parts of the most recent Forward article, or the earlier one, Macierewicz disputed.