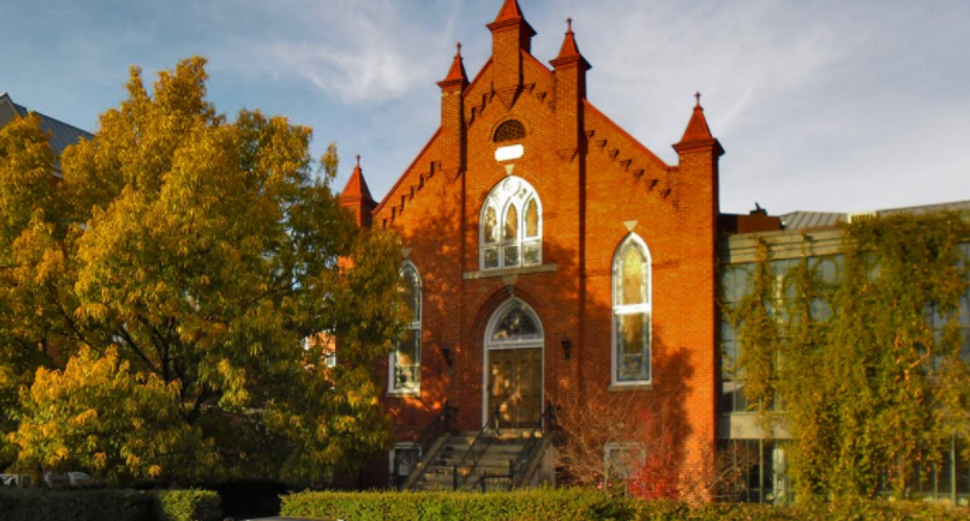 (JTA) — The Jewish community of Charlottesville, Virginia hired security guards for the first time in its history ahead of a far-right event that ended with a deadly attack on protesters against racism.

Rabbi Tom Gutherz of Congregation Beth Israel told Haaretz Sunday that the move was deemed necessary ahead of Saturday, when 20-year-old white supremacist James Fields killed Heather Heyer,32, and wounded 20 others by driving a car into a crowd of activists protesting an alt-right rally planned for the city that day.

“We had to hire the service of security guards because of the events,” Gutherz told Haaretz. “We’re sad but we had no choice.”

The synagogue held scheduled activities Saturday, Gutherz said. “It was clear we wouldn’t let this intimidate us, these people can’t keep us away from our synagogue,” he said of the far-right activists.

On Sunday, Charlottesville Mayor Michael Signer, who is Jewish, blamed President Donald Trump for some of the hatred on display in his city, where thousands of marchers chanted racist slogans, including about Jews and blacks.

Trump has come under bipartisan criticism for failing to explicitly condemn white nationalists, neo-Nazis, and other hate groups in brief remarks he gave Saturday.