8 Things About The Group That Organized Deadly Hatefest In Charlottesville 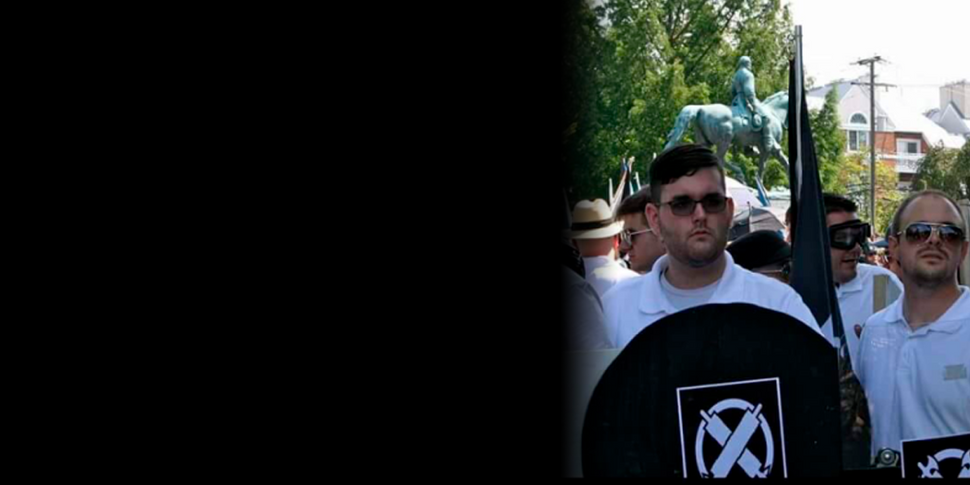 1) Before the murder of counter-protester Heather Heyer, 32, of which James Alex Fields now stands accused, the Ohio native rallied at the “Unite the Right” event in Charlottesville with Vanguard America, a group that describes itself as devoted to achieving fascism in America under white Christian rule.

2) In its manifesto, Vanguard America declares that democracy “has failed this once great nation.” It calls instead “for a new Caesar to revive the American spirit.”

3) After Fields was charged with killing Heyer, Vanguard America released a statement on Twitter stating that Fields was “in no way, a member.” Referring to the photo of Fields standing with them in their uniform, holding the group shield, the statement said, “The shields seen do not denote membership, nor does the white shirt.”

4) According to the Southern Poverty Law Center, which tracks far-right groups, Vanguard America is a split-off of several earlier groups and currently numbers “in the hundreds.” “But it is currently one of the faster growing groups,” says Keegan Hankes of the SPLC. It emphasizes recruitment of military veterans, he says, and was one of the “key groups” involved in the planning of the Charlottesville event, where others deferred to its veterans’ experience as security experts. Fields joined the Army after he graduated high school but washed out after basic training. 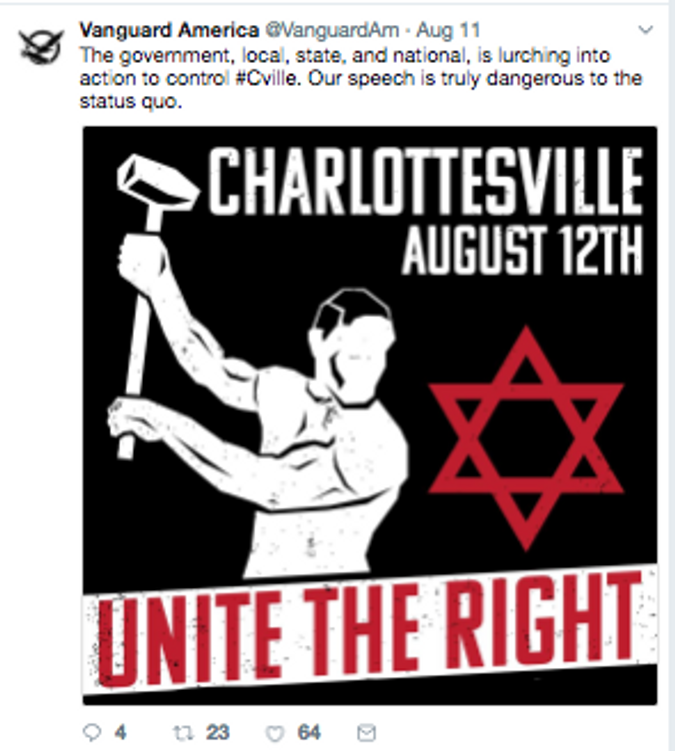 5) At a June rally in Harrisburg, Pennsylvania, a masked Vanguard America speaker told those gathered, “No more talk! We are men of action. And we will take action to defend our country. So stand up. Defend your children. Your legacy. Stand up and defend your culture.” The rally was protesting what it described as “sharia law in America.” The masked Vanguard America speaker described himself as the group’s “public liaison.”

6) Vanguard America opposes equality of race and religion in America. It stands instead for an America “based on the immutable truths of Blood and Soil”—a term used by the Nazis to describe their own political vision. “A multicultural nation is no nation at all, but a collection of smaller ethnic nations ruled over by an overbearing tyrannical state,” the group’s manifesto states. “Our America is to be a nation exclusively for the White American peoples.”

7) The group views African Americans as inferior. America since the passage of civil rights legislation has been “putting white Americans second” and experience has proven “the races…not to be equal.”

8) Jews, according to Vanguard America, have been superseded by Christians as God’s chosen people and are responsible for many of modernity’s ills. “Communism, the Holodomor, the Red Terror of Spain, the modern pornography industry and the corruption of the mass media – all have origins directly from, or owing heavily to, Jews,” the group states.

8 Things About The Group That Organized Deadly Hatefest In Charlottesville