Eric Foner: Confederate Statues Celebrate Only One Side Of History 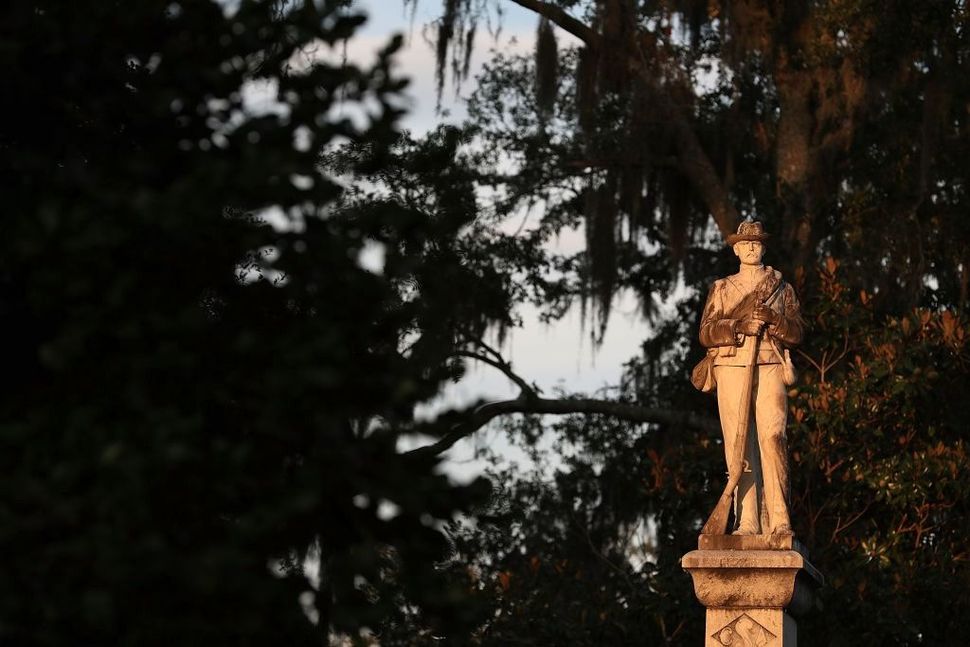 Columbia University Prof. Eric Foner says Confederate statues only celebrate one side of Southern history — and taking them down does not amount to a whitewash of history as President Trump has suggested.

In a New York Times op-ed, the noted scholar of American history addresses the tweet by Trump that removing Confederate statues tears apart “the history and culture of our great country.”

Foner, who is Jewish, notes that most Confederate statues were erected during times of rampant racism and white supremacist fever like the 1890s, which followed the end of Reconstruction and the 1920s, which was the height of a Ku Klux Klan revival.

To bolster his claim, Foner points out the absence of statues to commemorate James Longstreet, one of General Robert E. Lee’s key lieutenants who later endorsed black male suffrage and fought white supremacists.

Ultimately, there is a clearly racist rationale and context for the construction of these statues, he says:

Confederate statues do not simply commemorate “our” history, as the president declared. They honor one part of our past. Where are the statues in the former slave states honoring the very large part of the Southern population (beginning with the four million slaves) that sided with the Union rather than the Confederacy? Where are the monuments to the victims of slavery or to the hundreds of black lawmakers who during Reconstruction served in positions ranging from United States senator to justice of the peace to school board official? Excluding blacks from historical recognition has been the other side of the coin of glorifying the Confederacy.

Foner’s point dovetails with experts’ explanation about why there are virtually no statues commemorating Jewish figures in the Confederacy.

Eric Foner: Confederate Statues Celebrate Only One Side Of History