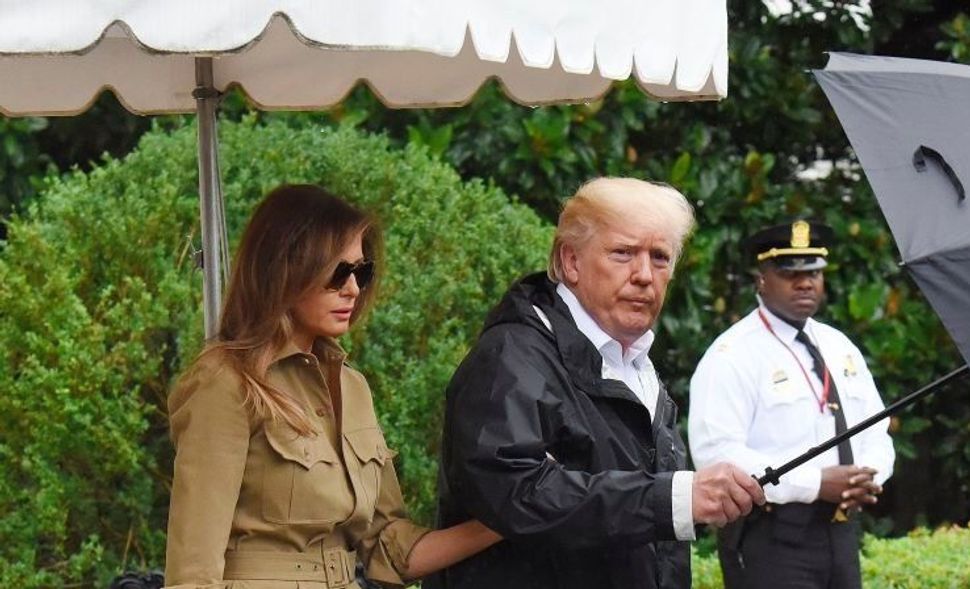 WASHINGTON (JTA) — An array of Jewish groups and lawmakers attacked as immoral President Donald Trump’s decision to end an Obama-era program granting protections to illegal immigrants who arrived in the United States as children.

The Trump administration on Monday said it would end the Deferred Action for Childhood Arrivals program launched by President Barack Obama in 2011 after multiple attempts failed in Congress to pass an immigration bill that would settle the status of 11 million undocumented immigrants. The bill protected those who arrived as children from deportation and granted them limited legal status.

In statements, Trump and Attorney General Jeff Sessions said the principal objection to Obama’s so-called “Dreamers” program was that it was unconstitutional because it was established by an executive order, and indicated that Trump was ready to sign any congressional legislation that would accommodate the “dreamers.” It was unclear what would happen in the meantime or, should Congress not pass legislation, what would happen to the 800,000 people who have sought and received DACA’s protections.

Trump in a statement said his hand was also forced by plans by attorneys general from conservative states to sue to kill DACA. “The Attorney General of the United States, the Attorneys General of many states, and virtually all other top legal experts have advised that the program is unlawful and unconstitutional and cannot be successfully defended in court,” he said.

Republican leaders in Congress have expressed a willingness to pass the legislation necessary to protect the affected immigrants, but Jewish groups and lawmakers said ending the program presented immoral perils, given the failures of Congress in the past to agree on comprehensive immigration reform.

“DACA recognized these individuals for who they are: Americans in everything but paperwork,” Melanie Nezer, the vice president for public affairs of HIAS, the lead Jewish immigrant advocacy group. “Their hopes and dreams are no different from kids who are born here, and there is no legitimate reason for inflicting this needless suffering on them and their families.”

The Reform movement called the action “morally misguided” and demanded that Congress act to redress the rescission. “It is imperative that Congress step up in support of these young people who grew up in the United States and who want to give back to the only country they know as home,” said Rabbi Jonah Pesner, who directs the Reform movement’s Religious Action Center. “We call on Congress to protect DACA recipients from deportation by immediately passing a clean bipartisan Dream Act of 2017 – and on the president to support it.”

Richard Foltin, the American Jewish Committee director of government affairs called the decision “devastating” and the Anti-Defamation League said it was one of “a long list of actions and policies by this administration that have deeply hurt immigrants and their families,” including the pardoning last month of Joe Arpaio, a former Arizona sheriff who had been convicted of discriminatory practices against Hispanics, and the threat to withdraw funding from cities offering sanctuary to illegal immigrants.

Other Jewish organizations condemning the decision included Bend the Arc, which listed rallies across the country it would join to oppose the decision, the Shalom Center, and the Anne Frank Center for Mutual Respect.

The Jewish Council for Public Affairs, the umbrella body for public policy, said it “strongly opposed” the decision and called on Congress to act to protect the “dreamers.” “The Jewish community has a long history of active engagement in the struggles of new immigrants and in development of our nation’s immigration policy,” it said. “We believe that Congress must enact a permanent solution and we call on lawmakers to act immediately to protect immigrant youth by passing the ‘Dream Act of 2017,’ bipartisan legislation that would replace fear and uncertainty with permanent protection.”

Terminating #DACA now puts 800,000 talented young #DREAMers who love, contribute to, and live in America officially at risk of deportation.

Rep. Lee Zeldin, R-N.Y., one of two Jewish Republicans in Congress, in a long and anguished statement said he supported Trump’s decision but added that he would work to pass legislation to protect the undocumented immigrants.

“I am very much willing to work with any of my colleagues on either side of the aisle on this issue and others to find common ground however possible,” he said. “Working together productively and substantively, I am hugely confident that long overdue progress can absolutely be achieved at least in part to move the needle more in the right direction.”

Dreamers and their supporters on Monday night held a candlelight vigil outside the home of Ivanka Trump and Jared Kushner, the daughter and son-in-law of the president.  The couple, who both serve as advisors to the president, reportedly advocated for continuing DACA.