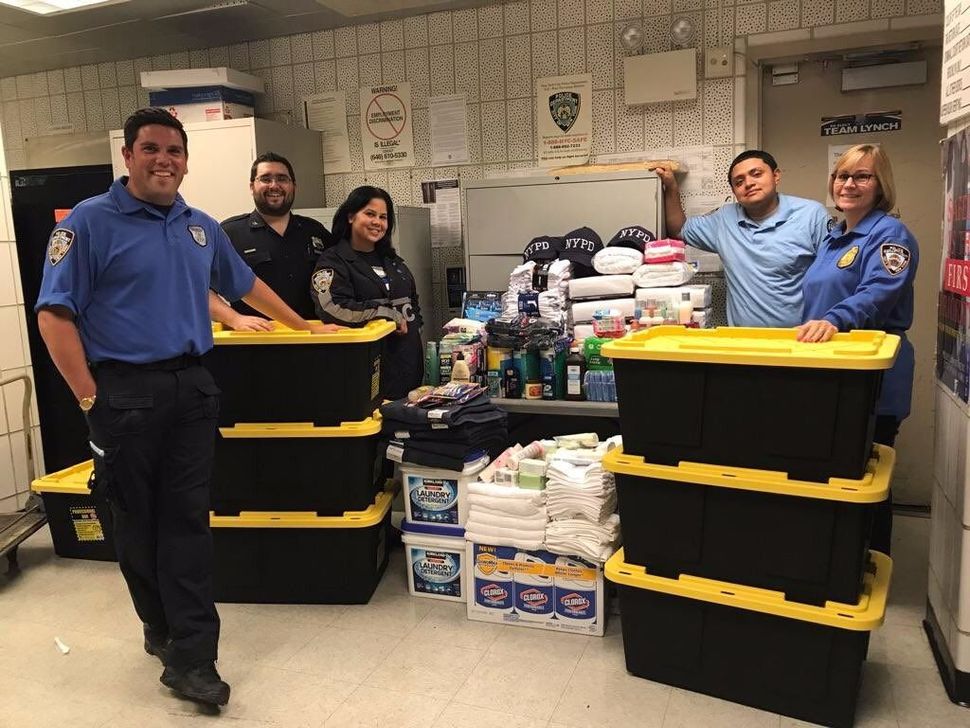 In response to Hurricane Harvey devastating Houston, the greater southeast Texas and parts of Louisiana, the New York Police Department’s District 3 teamed up with Jewish community organization Amudim, the grocery store Seasons Kosher and other local Jewish organizations to send aid and supplies to where they’re needed most.

As District 3 collected funds internally to send to relief efforts, several NYPD officers went to Costco and spent over $500 on batteries, flashlights, feminine hygiene products and other items to send down to Texas.

Members of District 3 & our Anti-Terrorism Unit are some of many who’ve organized donations for #HurricaneHarveyRelief Let’s keep it going! pic.twitter.com/uxvn1Zds2E

After struggling with how to get the supplies to Houston, the officer contacted the Chabad there. It pointed him toward Amudim, whose mission is to “[support] community members facing all facets of crisis: from crisis prevention, to intervention, to assistance of those trying to correct the course of their lives,” making assisting Harvey victims a clear fit for the organization.

Amudim volunteered to send a convoy of trucks to Houston, and put out the call for supplies on Facebook:

Teaming up with Seasons Kosher, the Orthodox Union, Achiezer Community Resource Center and Evergreen Kosher Market, Amudim set up three collection periods on August 31, September 1 and September 3 at Seasons Kosher locations in New York, New Jersey and Maryland where people could drop off supplies. In all, 20 tractor trailers made their way to Houston, packed by over 200 volunteers. 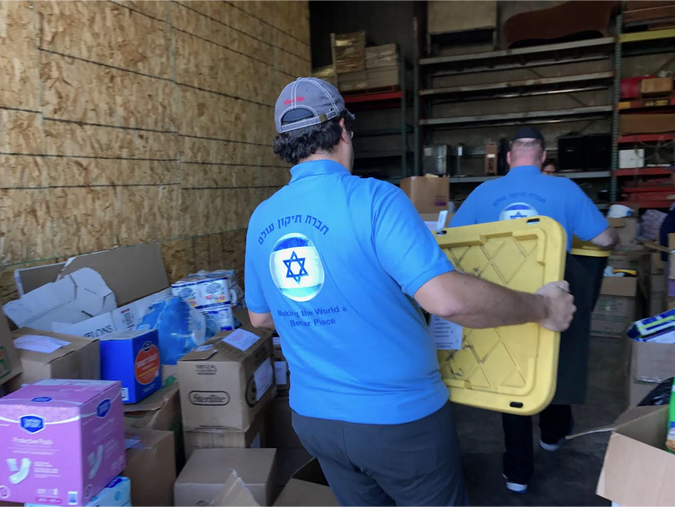 As Hurricanes Irma and Jose continue to wreak destruction on the Caribbean and parts of the continental United States, it’s important to remember that hurricane season is far from over, and the relief work has just begun.

Deborah Krieger is a curatorial assistant and freelance arts and culture writer. She had written for The Awl, Bust Magazine, PopMatters, Paste Magazine, Whitehot Magazine, and blogs at I On The Arts.