Israelis Banned From Marriage By Rabbinical Courts In Record Numbers 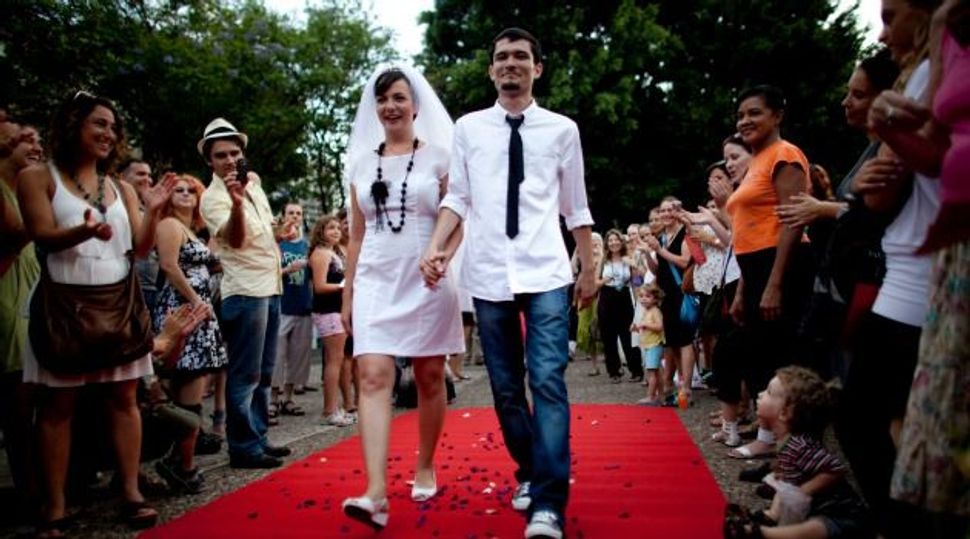 With increasing frequency, they have placed Israelis, almost all of them immigrants with Jewish heritage, on lists that prevent them from marrying Jews. They argue this practice is necessary to preserve the coherence of the Jewish people.

But critics say the rabbinical courts have stepped outside their legal jurisdiction and beyond what is required by even an Orthodox interpretation of Jewish law.

“The rabbinical courts have now made everybody is fair game to have their Jewishness challenged,” said Rabbi Seth Farmer, the director of ITIM, a nonprofit that guides Israelis through the country’s religious bureaucracy. “Once you open that door, you’re exponentially expanding your pool and your numbers are going to go up.”

The courts keep two blacklists: one for Israelis they deem “not Jewish” and the other for those whose “Jewishness needs clarification.” But the consequences for those on both lists are the same. They cannot marry or access Jewish services through the Chief Rabbinate, Israel’s haredi-dominiated rabbinical authority.

Because the Rabbinate, which oversees the rabbinical courts, has a monopoly over Jewish marriage in Israel, those on the lists cannot marry Jews.

ITIM obtained the statistics from the rabbinical courts through a freedom of information request.

Farber attributed the accelerating growth of the blacklists to increased assertiveness by the Rabbinate in checking who is a Jew. The most recent — and extreme — example, he said, is the rabbinical courts’ willingness to investigate not just Israelis who applied for marriage, but also their family members.

According to legal experts, the Rabbinate has also started sending more and more marriage applicants to rabbinical courts to be vetted. ITIM officials said the rabbinical courts now investigate more than 5,000 people for their Jewishness each year. They estimated that most of those people are Jews, too, and simply cannot prove it.

Because Jewishness is traditionally passed down from mother to child, the rabbinical courts bring in siblings or matrilineal relatives of marriage applicants and typically issue a ruling that applies to everyone. This has been going on for least a decade and routinely for at least the past year and a half.

ITIM learned about the practice in early 2016 and appealed to Israel’s High Court of Justice on behalf of four such families. It argued that the rabbinical courts — which are empowered to resolve disputes related to Jewish religious matters, including marriage and divorce — do not have the legal jurisdiction to adjudicate the Jewishness of Israelis without their consent.

Before turning to the High Court, ITIM appealed to the Supreme Rabbinical Court in Jerusalem. Apparently in response to those appeals, and days before denying the first two in December, the Rabbinate officially gave the courts a mandate for its practice of investigating family members.

Farber said the Rabbinate’s “inquisition” of Israeli society is part of its push under the current right-wing government to cement its control over how Judaism is defined in Israel. He said the “identity of Israel as a state for all Jews” was at stake.

“Instead of putting the onus on people to have to prove they’re Jewish, we should be embracing Jews from all around the world,” he said. “The best way to protect Jewish identity is not to circle the wagons but to take down the walls and embrace people.”

This summer, the government withdrew from a deal to create an egalitarian prayer section at the Western Wall. The Knesset passed a law allowing non-Orthodox Jews to be barred from state mikvehs, or ritual baths. And ITIM released a list of some 160 rabbis, including several prominent American Orthodox leaders, whom the Rabbinate does not trust to confirm the Jewish identities of immigrants.

Nearly all the rabbinical courts’ investigations of Jewishness target immigrants from the former Soviet Union and their descendants. It was the influx of more than a million people from those countries starting in the late 1980s under Israel’s Law of Return — which guarantees automatic citizenship to anyone with a Jewish grandparent — that moved the Rabbinate to begin doing background checks on marriage applicants in the first place.

Rabbi Shimon Yaakovi, an attorney who directs the Rabbinical Courts Administration, told JTA in January that the rabbinical courts must protect the Jewish nation from being unwittingly compromised by intermarriage. The rabbinical courts did not respond to a request for comment just ahead of Shabbat.

“We can’t have someone walking around wrongly thinking he’s a Jew, and his family and friends believing it,” he said. “I understand people’s need to be part of the Jewish collective in Israel, but there are rules, and if we don’t obey the rules we undermine halacha. Judaism is not being measured by feelings.”

But religious experts, including Rabbi David Stav, a leading religious Zionist rabbi, told JTA in January that the background checks of Jews are in no way required by Jewish law.

“If the court found out there was an attempt to hide something or cheat the rabbis, I can understand they have to check [the person’s Jewishness] again,” he said. “Halachically speaking, though, there is no need to check anything about someone’s story unless he gives you a good reason to be suspicious.”

Yael, one of ITIM’s clients whose family immigrated from Belarus when she was a baby, heard that her appeal to the Supreme Rabbinical Court had been denied in December, just days after she married her Israeli Jewish husband in a private Orthodox wedding — the likes of which were recently outlawed in Israel. She said she was devastated all over again, but proud that she had moved ahead on her own.

Israelis Banned From Marriage By Rabbinical Courts In Record Numbers