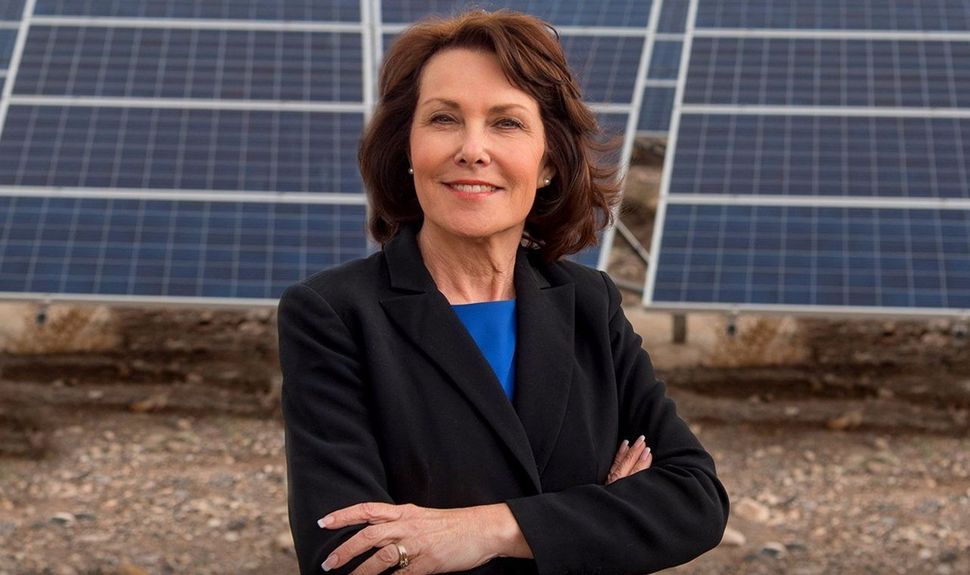 Congresswoman Jacky Rosen was about to go to bed Sunday night when her daughter called from college. “She was hysterical,” Rosen recalled.

That was how the Nevada Democrat, who represents parts of Las Vegas and neighboring cities, heard of the deadly shooting outside the Mandalay Bay hotel.

Rosen has spent the past two days visiting hospitals and working with her staff to help the city overcome the worst shooting attack in American history, before she returns to Washington next week.

“I am so proud of the city’s response to this,” she told the Forward in an October 3 interview. “We have the most wonderful first responders.”

Las Vegas, Rosen said, is accustomed to having huge crowds and has put in place emergency procedures to deal with any scenario that might occur. Still, she said, it is hard to prepare to an event of the magnitude that transpired on Sunday, which turned the city, as she puts it, into a “battlefield.”

Rosen served as president of her Reform synagogue in Las Vegas before joining Congress after the 2016 elections. Still a freshman in the House of Representatives, Rosen is already in the race for Nevada’s Senate seat opening next year.

In the debate between increasing security measures in Las Vegas and maintaining the city’s character as an entertainment destination, Rosen said she is seeking a “common sense solution,” once tensions subside.

She is also cautious about the issue of gun control, which has once again taken over the political discourse following the Vegas attack. Rosen, who has been vocal on the issue in Congress, met Tuesday with representatives of the Brady Campaign and with victims of gun violence. “I’ve been thinking and reflecting on this,” she said. “We have a responsibility to every parent who buried his child and every child who buried his parent.”

But action, Rosen stressed, has to be done through dialogue. “When I get back to Washington, I will talk to colleagues and see if we can just come together as parents, children, spouses, and have a discussion about what we can and should do in a responsible way. We all have a social responsibility.”

But this discussion will have to wait a bit. For Rosen, while gun control is high on her agenda, there are more important things to do right now. “This week,” she said, “my heart is here at home.”