Ohio Democrat Wants To Be First Rabbi In Congress 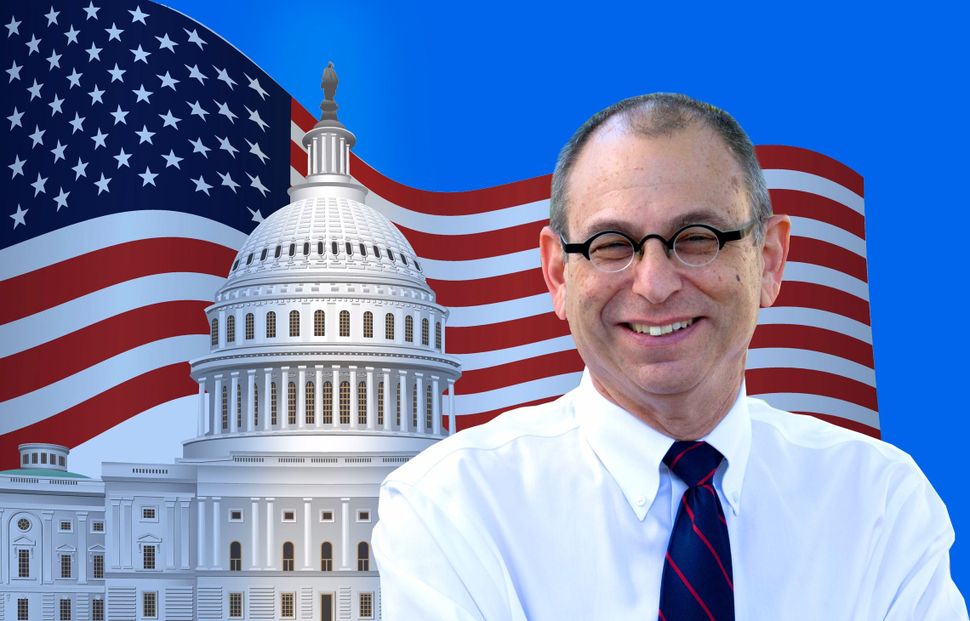 Rabbi Robert Barr has spent the past 37 years as a pulpit rabbi. In fact, he is the longest-serving rabbi in Cincinnati.

But now he’s ready for the next phase in his life, one that could take him to Washington and, along the way, have him make history as the first rabbi ever to serve in Congress.

But Barr doesn’t see his newly launched political career as a drastic change. If anything, it’s a continuation of the same mission.

“What drove me to become a rabbi was my sense, following the Jewish tradition, that we have a responsibility to repair the world,” he told the Forward. “I’ve been doing that and working within that framework of repairing the world in my rabbinic career. Running for Congress is really an extension of that.”

Like many other first-time Democratic politicians, the outcome of the 2016 presidential election pushed Barr to run. “I decided that this was a moment in time, in American history, where I saw civil life being buffeted about, and I though I needed to step forward in very much the same way I stepped forward many years ago as a young rabbi to create a congregation.”

Barr, who is 62, was ordained as a Reform rabbi at Hebrew Union College-Jewish Institute of Religion and still teaches there. But his congregation, Beth Adam, is independent and not affiliated with any denomination. The synagogue defines itself as “integrating Jewish tradition and humanistic principles.”

Barr filed his official campaign papers Tuesday and will be joining an emerging Democratic primary race that does not yet have a clear front-runner. The district is on the radar of the Democratic Party, which believes it can be flipped in 2018. Republican incumbent Steve Chabot already lost his seat once, in 2008, and an anti-Trump Democratic wave could tip the district once again.

Barr’s platform is made up of Democratic mainstays, including the need to ensure affordable health care for all, a call for campaign finance reform and a promise for across-the-aisle bipartisanship. But Barr stresses that as a rabbi, he is uniquely positioned to actually achieve these goals, thanks to his experience leading a congregation.

He also wants to highlight issues of particular concern to the Jewish community. “Prejudice is raising its head in America. We had people marching down the streets of Charlottesville, Virginia, in the middle of the day, shouting anti-Semitic, xenophobic, racist remarks. We need to address that. That’s what I want to focus on,” he said

When it comes to some controversial issues, however, Barr would rather take a pass. Though a supporter of Democratic Sen. Sherrod Brown, Barr would not comment on state treasurer Josh Mandel, a vocal pro-Trump Jewish Republican who is trying to unseat Brown in the Ohio Senate race. Nor would Barr weigh in on the Israeli government’s embrace of President Trump.

Two rabbis have tried to run for Congress before. Dennis Shulman was the Democratic nominee for New Jersey’s 5th District in 2008, and Shmuley Boteach ran as the Republican candidate in that state’s 9th District in 2012. Both failed.

Barr hopes to break that pattern. To constituents considering voting for him, he has another promise: “I’m not looking to be a career politician. I’ve already had a career — I served my community for 37 years,” he said. “I’m doing it out of a sense of responsibility.”

Ohio Democrat Wants To Be First Rabbi In Congress