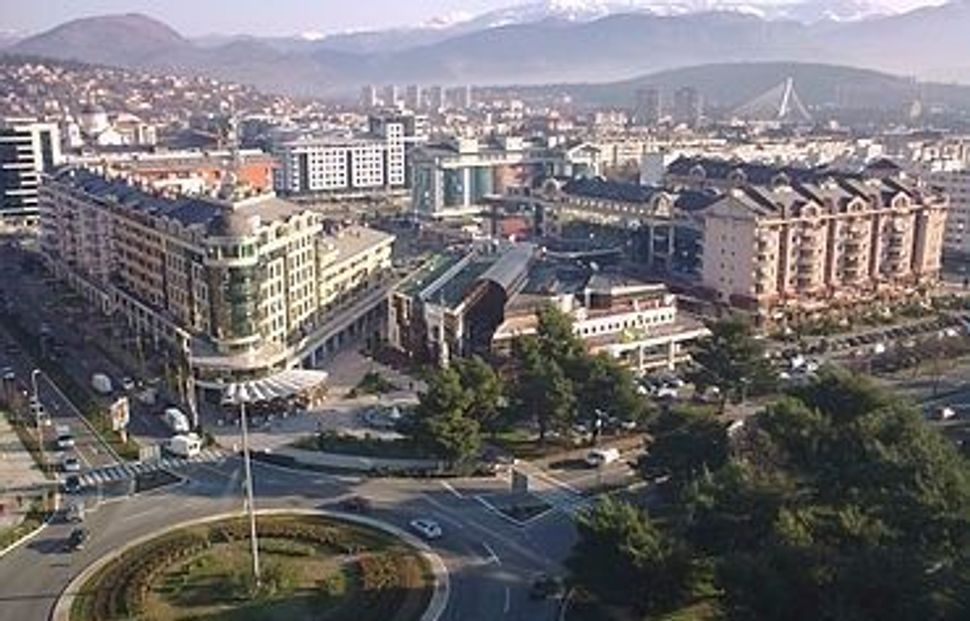 BUDVA, Montenegro (JTA) — For the first time in over a century, the Jewish community of this small Balkan country has its own resident rabbi, its leaders said.

Ari Edelkopf, a Los Angeles-born Chabad rabbi, settled in the capital Podgorica several weeks ago with his wife, Chana, and seven children. He said he is officiating from his home while waiting for the construction of the country’s first synagogue.

Edelkopf also is Montenegro’s first resident rabbi since it became independent in 2006, breaking away from Serbia.

Jasa Alfandari, the president of the Jewish community of Montenegro, thanked Edelkopf, whose last rabbinical posting was in Russia, for his service to the community Thursday night at the opening of the fifth annual Mahar conference hosted in Montenegro for Balkan and Central European Jews with funding from the Euro-Asian Jewish Congress, the World Jewish Congress and the Jewish National Fund, among other sponsors.

Some 400 people attended the weekend gathering in the coastal city of Budva, including communal leaders from across the region.

The cornerstone for a synagogue in Montenegro will be laid next year in Podgorica, said Milo Djukanovic, a former prime minister of Montenegro who attended the Mahar conference as its keynote speaker.