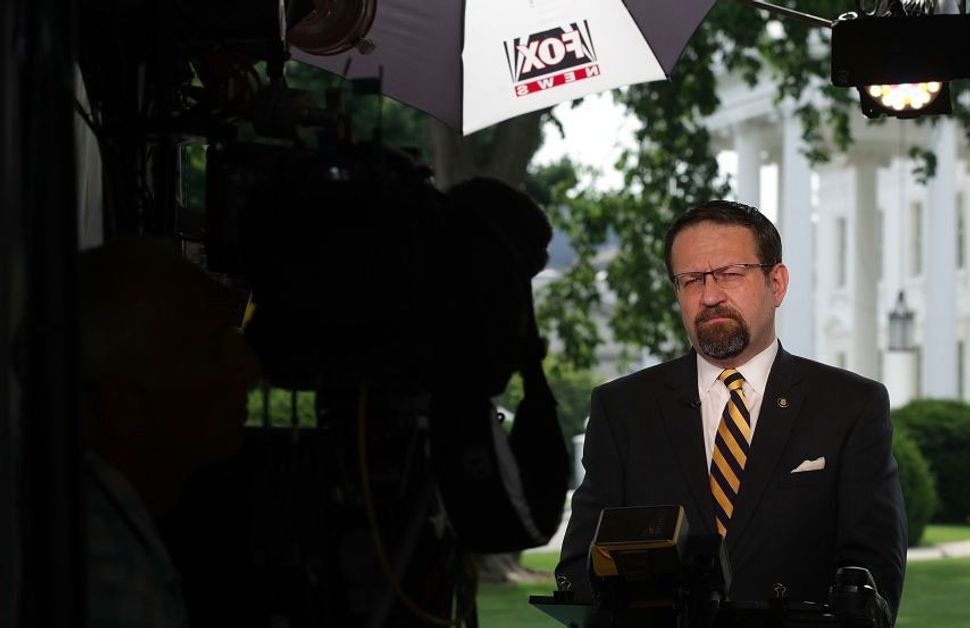 A lot of people seem to go apoplectic over Sebastian Gorka, the former counter-terrorism aide to President Trump with ties to anti-Semitic, far-right forces in Hungary. But what pushed self-described “20-something struggling journalist” Caleb Ecarma over the edge was the sight of Gorka’s “sh-tty four cylinder Mustang” parked illegally on a sidewalk in Arlington, Virginia.

“Look, if you sell your soul to the Trump administration, I’d imagine the least you can do is shell out the extra few grand for the V8 model,” he wrote in an article on the website Mediaite about his November 1 exchange with Gorka himself about this.

Ecarma tweeted a taunt of Gorka after learning about the illegally parked car via Twitter and news reports,. 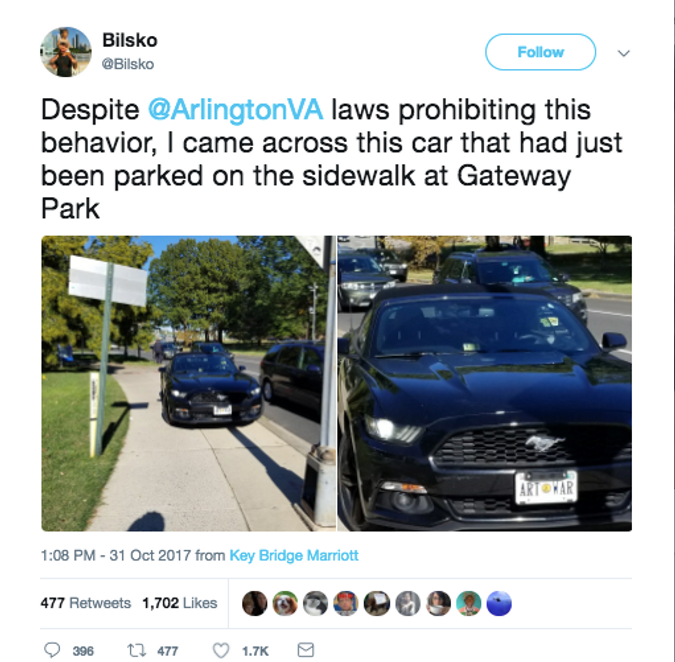 Gorka responded quickly. It seemed he wanted to duke it out.

“So where do you want to meet?” the former White House aide replied via email after Ecarma tweeted, “What the hell is the point of buying a Mustang if it’s not a V8. Answer me coward @SebGorka.”

Ecarma, who’s based in Washington, wasn’t sure just what Gorka was suggesting but wrote on Mediaite: “I’ve long said that America might be a better country if we just handled our problems with respectable, properly regulated duels.” He challenged Gorka to one on K Street, in the city’s central district.

Though his response was ambiguous, Gorka seemed game for some kind of clash. Amid trading insults (“You dolt of a snowflake,” Gorka denounced Ecarma at one point), Gorka finally tweeted, “Pick you up at 5? (You’ll recognize the car, right?)”; Ecarma replied, “Absolutely, I can spot a four cylinder Ford Focus posing as a muscle car from a mile away.” He gave Gorka his address. 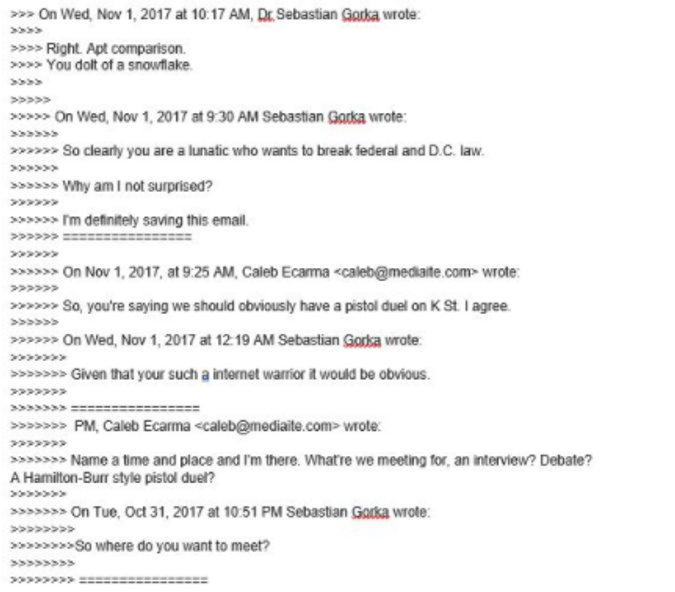 Alas, at that moment, Gorka shifted. “I’ll organize a televised debate with you on the topic of ‘Why Donald Trump is Good for America.’ Next week good?” he wrote.

A crestfallen Ecarma accepted the challenge, deciding to take what he could get. In a follow-up phone call, he said, Gorka told him that Breitbart news, the right-wing website, would be “reaching out” to him to arrange the logistics.

“Unfortunately, I haven’t received anything from Breitbart News about a debate with Gorka yet,” reported Ecarma November 5. “It seems that Gorka is ‘all mouth and NO trousers.’”

Contacted by the Forward, Ecarma said he verified that he was communicating with the real Sebastian Gorka by consulting with colleagues in the Washington press corps who covered the White House, including Gorka, until he left there (or was fired, depending on whom you ask) last August. These colleagues confirmed the contact information and gave him Gorka’s phone information to follow up. Gorka did not immediately return an email requesting comment on the episode.