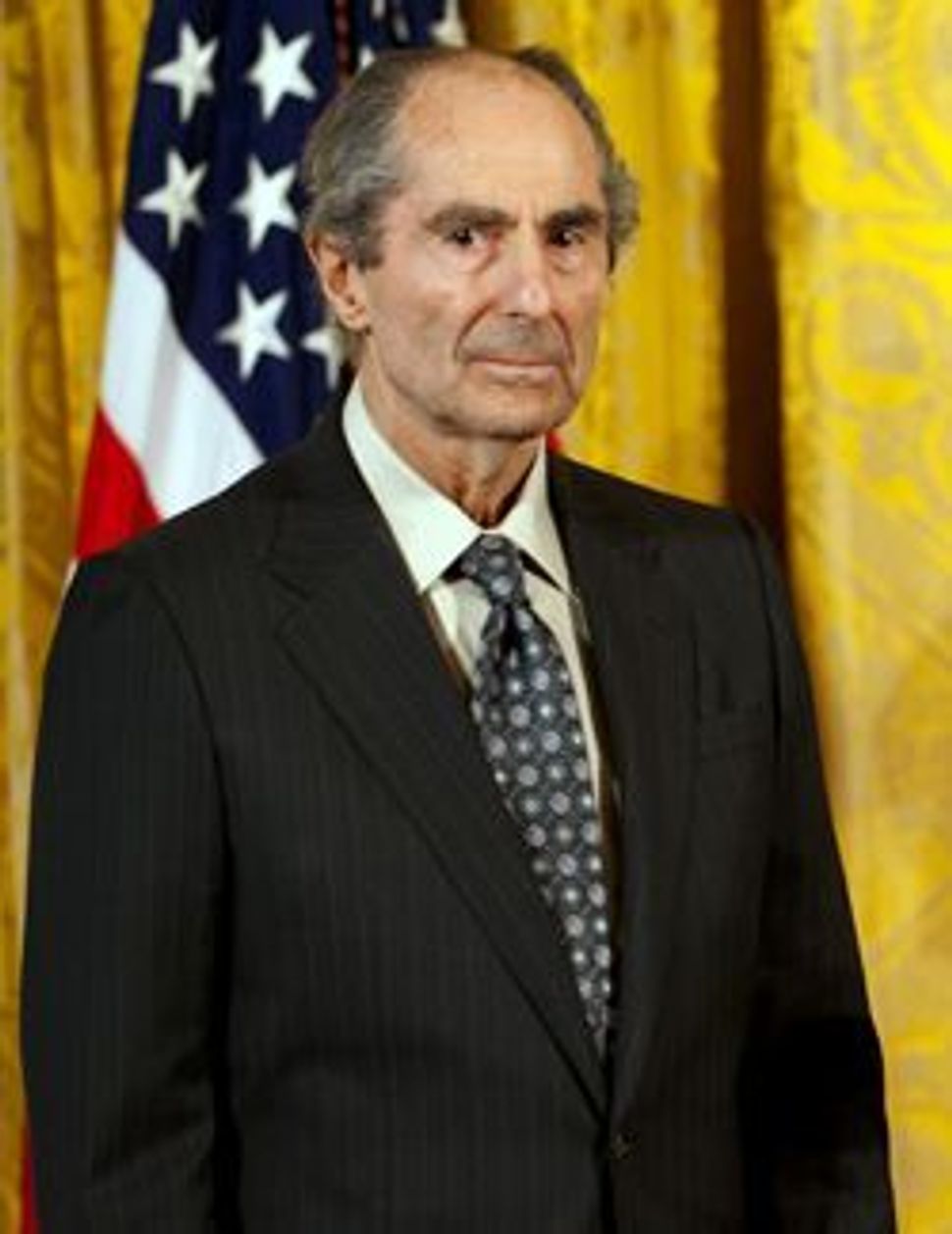 (JTA) — Philip Roth, whose notorious novels about the sex drives of  American men gave way to some of the most probing examinations of the American Jewish condition in the 20th and 21st centuries, has died.

He was 85. His death was confirmed to The New York Times by his friend, Judith Thurman.

Early in his career, Roth drew outrage with sometimes stinging depictions of Jewish life, as well as his graphic portrayal in his breakout 1969 novel “Portnoy’s Complaint” of the protagonist’s sexual desires. Some worried that his work would endanger American Jews, providing fodder for anti-Semites.

Roth, in his books, poked fun at the wrath he incurred from some in the Jewish community. One of his recurring protagonists, Nathan Zuckerman, is a novelist whose own writings have similarly upset many Jews.

But after decades as one of America’s leading literary lights, the anger Roth once evoked was eclipsed by acclaim. Long after lesser novelists embraced semi-retirement, Roth published three magisterial novels that came to be known as the American Trilogy.  In “American Pastoral” (1997), “I Married a Communist”(1998) and “The Human Stain” (2000), Roth traced the upheavals of the 1940s Red Scare, the turbulent 1960s and the debates over political correctness in the 1990s.

His 2004 novel, “The Plot Against America,” imagines an alternative history in which Franklin D. Roosevelt is defeated in the presidential election of 1940 by the pro-Nazi demagogue Charles Lindbergh. In 2016, the book was much discussed as a prescient look at the populist tides that would sweep Donald Trump into the Oval Office over the more conventional Democrat,

In addition to winning nearly every literary award for writers in English, Roth was also embraced by the Jewish community over his long career. Three of his books were honored with the American Jewish Book Award, and in 1998 he won the Jewish Book Council’s Lifetime Literary Achievement Award.

He was for decades considered a front-runner for the Nobel Prize in Literature; it is one of the rare honors he wasn’t able to claim.

In 2014, the writer whose works were once denounced as profane and even self-hating was honored by one of American Jewry’s sacred citadels when The Jewish Theological Seminary, Conservative Judaism’s flagship educational institution, awarded Roth an honorary doctorate at its commencement ceremony.

“From enfant terrible to elder statesman. Time heals all wounds,” Rabbi David Wolpe of Sinai Temple in Los Angeles remarked to JTA via email at the time.

In 2012, Roth announced that he would not be writing more books. In 2014, he declared after a reading at New York’s 92nd Street Y that he was done with public appearances.

The seminary’s chancellor, Arnold Eisen, himself a sociologist, called Roth the “greatest sociologist on American Jewish life, without doubt.”

In an interview, Eisen  noted his admiration for the Roth novels that examined the relationship between Israel and the Diaspora, such as “The Counterlife” and “Operation Shylock,” as well as works that explored the American scene, like “The Human Stain” and “American Pastoral.”

“We are a community that treasures someone who holds up such a penetrating and insightful mirror to who we are and reveals the dilemmas and contradictions and aspirations of the community,” Eisen said. “We are grateful for the mirror even if not everything you see in it is easy.”

Many in the 1950s and 1960s, when Roth emerged from his cherished Jewish Weequahic neighborhood of Newark, New Jersey to wide acclaim with his first collection, “Goodbye, Columbus,” found it hard to embrace Roth.

“What is being done to silence this man?” an American rabbi asked in a 1963 letter to the Anti-Defamation League.

In one notorious incident, Roth was shaken by a hostile reception he received at a 1962 literary symposium at New York’s Yeshiva University. Recalling being shouted at by hostile students after the event, Roth vowed to “never write about Jews again” — a promise, of course, that he did not keep.

“There is a certain amount of poetic justice, an aesthetically satisfying irony, in Philip Roth’s beginning his career with a brouhaha at Yeshiva University and ending it with an honorary doctorate from the Jewish Theological Seminary — an honor perhaps more significant than the Nobel Prize that eludes him,” Michael Kramer, associate professor of literature at Israel’s Bar-Ilan University, wrote in an email to JTA in 2014. “Would Roth himself have imagined such a plot? His endings tend to the tragic.”

The president of the Philip Roth Society, Aimee Pozorski, once said of Roth, “From the very beginning of his career, he has been deeply invested in representing the lives and fates of Jewish youth.”

Roth, however, often demurred when it is suggested that he should be defined as an American Jewish writer.

“I did not want to, did not intend to, and was not able to speak for American Jews; I surely did not deny, and no one questioned the fact, that I spoke to them, and I hope to others as well,” Roth wrote in his essay “Writing About Jews.”

Nevertheless, appreciation abounded for Roth’s contributions to the Jewish world, including his championing of writers from Eastern Europe.

“If the Western world views itself through the lens of the modern Jewish experience, it is in large measure due to the novels, novellas and short stories of Philip Roth,” wrote David Roskies, a JTS Jewish literature professor, in a note to the class of 2014.

He added that Roth “has done more than anyone to further the literary exploration of the Holocaust, in his own writings, and by promoting great works and writers throughout the world.”

(Beth Kissileff contributed to this article.)