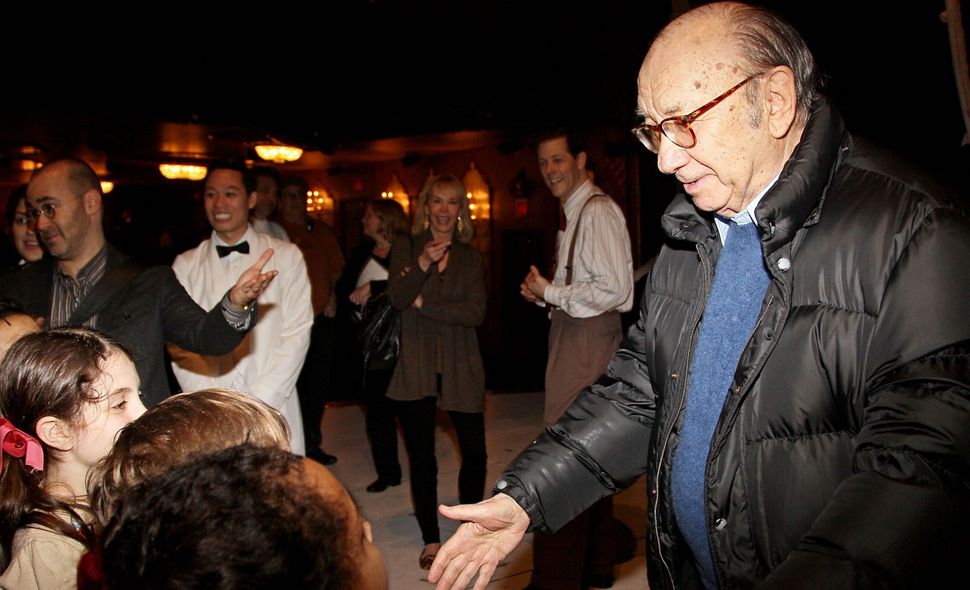 (JTA) — Playwright Neil Simon, known for such Broadway hits as “The Odd Couple,” “Barefoot in the Park,” and “Lost in Yonkers,” has died.

Simon, who earned a Pulitzer Prize and a Tony Award, died overnight Saturday at New York-Presbyterian Hospital in New York City from complications with pneumonia at the age of 91.

Simon, who became known for his cutting wit, began his career in television, on the writing staff for Sid Caesar for “Your Show of Shows,” working with  Mel Brooks, Carl Reiner and Larry Gelbart, and later wrote for “The Phil Silvers Show.”

In 1961, his first play “Come Blow Your Horn,” hit Broadway. In 1966 he had four plays running on Broadway at the same time. During his career he wrote more than 30 plays and about the same amount of movie screenplays, some original and most adaptions of his plays.

Most of his plays revolved around middle-class Jews from New York, and the family issues that plagued them.  The themes of his plays include romance, adultery, divorce, sibling rivalry, cancer and fear of aging.

In 1991 he won both the Tony Award and the Pulitzer Prize for “Lost in Yonkers,” another autobiographical comedy.

Simon was born in New York to Irving Simon, a garment salesman, and Mamie (Levy) Simon, a homemaker. His parents had what he described as a “tempestuous marriage,” in which his father left the family at least eight times, and he said took refuge in movie theaters to escape his troubles at home. Those troubles also inspired him to become a writer, which he said helped him to become independent of emotional family issues.