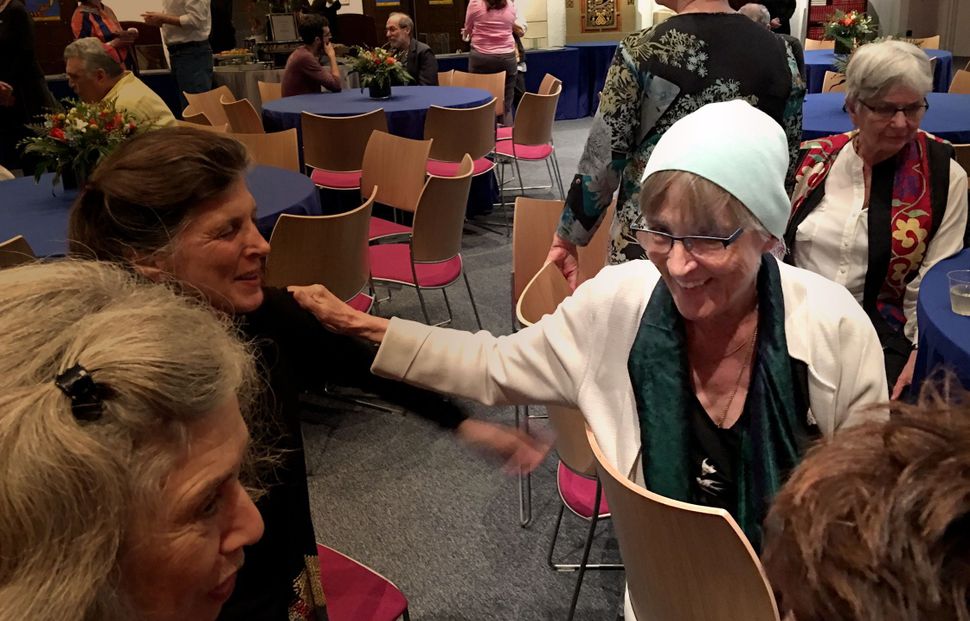 (JTA) — Rabbi Rachel Cowan, a pioneer in the Jewish healing movement who converted to Judaism, has died.

Cowan died on Friday of brain cancer at her home in Manhattan at the age of 77.

She was diagnosed two years ago with glioblastoma, an aggressive form of brain cancer, the same cancer that Sen. John McCain died of days before the rabbi.

Cowan’s family could trace its lineage back to the Mayflower. She converted to Judaism years after her marriage to writer and reporter Paul Cowan, who grew up with little sense of his Jewish heritage, according to the New York Times. The couple had married in 1965, and then spent time registering black voters in Mississippi and later serving in the Peace Corps in Ecuador. In the 70s, they became involved in the Jewish revival on the Upper West Side of Manhattan, and belonged to the Ansche Chesed synagogue, which was made up of smaller congregations.

Rachel Cowan and her husband were the authors of the book: “Mixed Blessings: Overcoming the Stumbling Blocks in an Interfaith Marriage.”

Cowan completed her rabbinic studies at Hebrew Union College after the death of her husband in 1988, eight years after her official conversion to Judaism.

She never took a pulpit, however. Believing that the religious response to her husband’s death was inadequate, according to the New York Times, Cowan in 1990 was one of the co-founders of the Jewish Healing Center, a pioneer in the Jewish healing movement that provides spiritual resources and wisdom to help people deal with the suffering that surrounds personal loss and serious illness.

She also served for 14 years as director of the Jewish Life and Values Program at the Nathan Cummings Foundation in New York, where she helped direct grants for programs that addressed the spiritual dimensions of serious illness.

In 2004, she left the foundation to the Institute for Jewish Spirituality in Manhattan, initially funded by the foundation, which organizes retreats for rabbis, cantors, educators and congregants interested in enhancing their religious life with contemplative Eastern practices borrowed from the healing services such as meditation, yoga and mindfulness.

Cowan made a video a year ago calling on U.S. lawmakers to not vote to repeal the Affordable Care Act, also known as Obamacare. She also urges them to preserve Medicare, the federal health insurance program for the elderly and disabled that would have been overhauled, and critics say diminished, under some Republican plans.

“Last week I was back in the hospital for another series of treatments and I woke in the middle of the night and I thought to myself, ‘Oh my goodness, there are people who want to take this away. I will die without it,’” she said in the video.