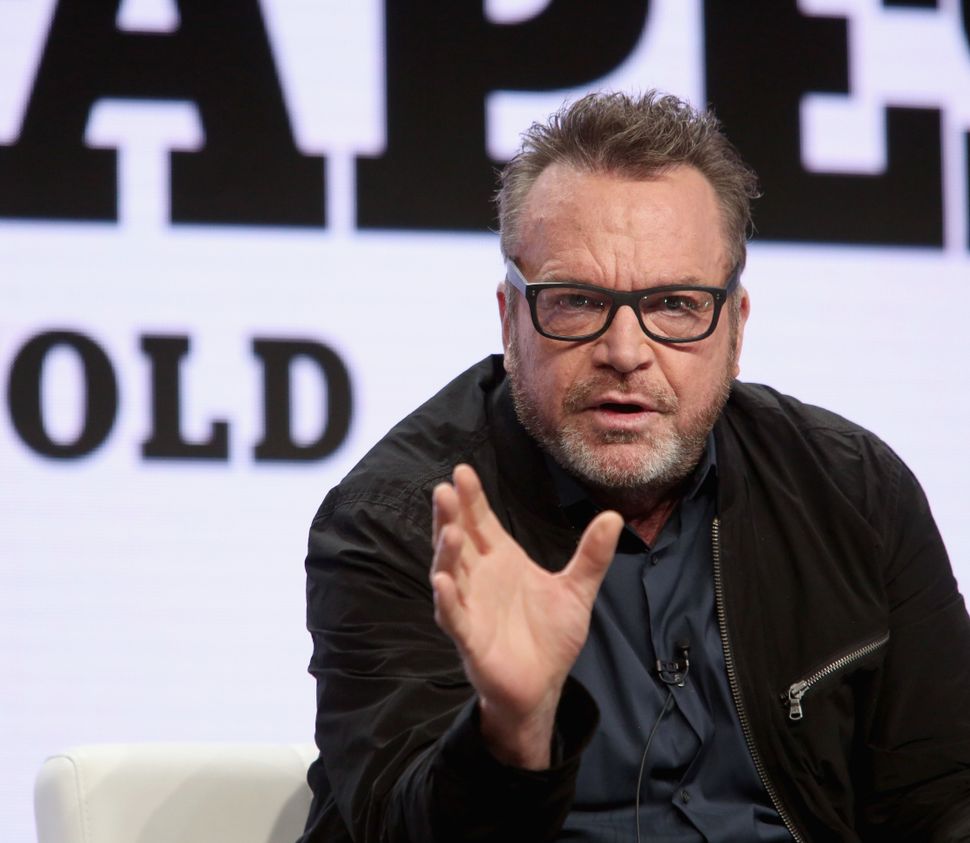 The fight, for which Arnold filed a police report Monday morning, appears to be regarding the long-rumored outtakes of Burnett’s show “The Apprentice” in which Donald Trump allegedly drops the N-word. Taking a much different view of the administration than his ex-wife, Roseanne Barr, Arnold has been leading the charge to release the recordings as part of his new show “The Hunt for the Trump Tapes” which premieres on Viceland September 18.

The encounter seems to have drawn bruises, if not blood. Burnett’s wife, Roma Downey tweeted a blurry picture of her injured hand. Arnold replied to the Tweet, denying he attacked Downey and threatening to file a police report against her husband and sue her for defamation. On his own Twitter, he claimed that Burnett instigated the attack, choking him.

Got this bruise tonight when Tom Arnold tried to ambush my husband Mark and me at a charity event. Is your TV show worth it Tom?Please stop pic.twitter.com/lXvuKjIMI2

Bullshit. You lie your crazy husband attacked me you psycho. I’m filing police report & suing you for defamation. https://t.co/9yXAEXM6na

In relating the altercation to others at the party, Deadline reports, Arnold claimed that he not only was able to secure the incriminating “Apprentice” tapes, but had handed them off to the New Yorker’s Ronan Farrow on Sunday. Farrow, who won a Pulitzer for breaking the Harvey Weinstein story, has yet to confirm this claim.