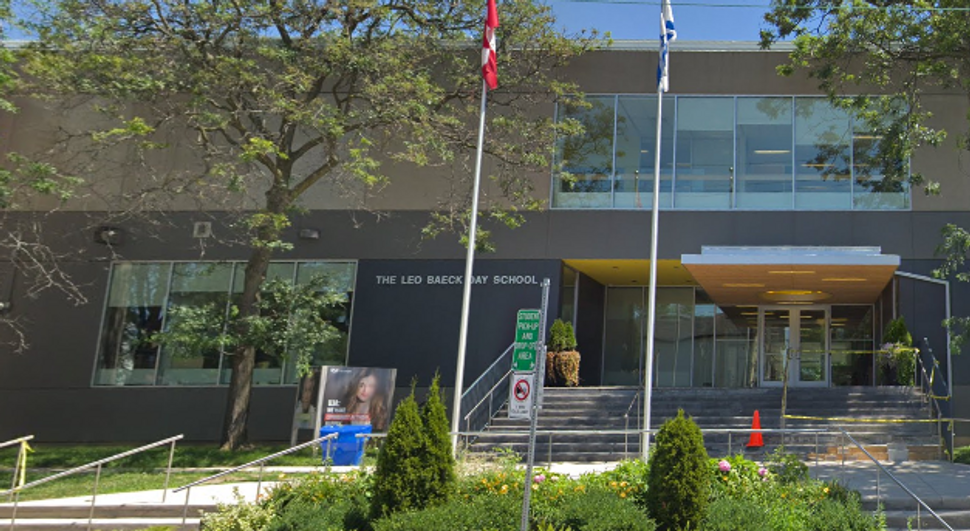 (JTA) — A Jewish day school in Toronto was vandalized by graffiti supporting the Palestinian cause and the Gaza terrorist group Hamas.

“Free Palestine,” “Long Live Palestine” and “Long Life to the Hamas” were found Tuesday morning on signs in front of the Leo Baeck Day School. The vandalism occurred the previous evening, which was observed as Thanksgiving in Canada.

The head of school, Eric Petersiel, said in a statement that police are investigating and “have assured us that at this stage there are no safety issues associated with this incident.”

“We know that our neighbors stand with us against hate, which has absolutely no place in our neighborhood. We value the positive relationships we’ve forged with our neighbors over the years,” he wrote. “We must remain vigilant to ensure the perpetrator is brought to justice and we hope we can count on our community to come forward with any information about this incident.”

B’nai Brith Canada was informed of the vandalism by a call to its Anti-Hate Hotline.

“These despicable acts of vandalism supporting Palestinian terrorism targeted a Jewish school where Canadian children learn about Torah, the value of charity and community, and other important values and ethics,” said Michael Mostyn, CEO of B’nai Brith Canada.

“This affront is a direct example of how anti-Zionism and antisemitism are often one and the same, and how support for BDS [Boycott, Divestment and Sanctions] and other anti-Israel movements can directly lead to instances of cold, calculated anti-Jewish hatred.”