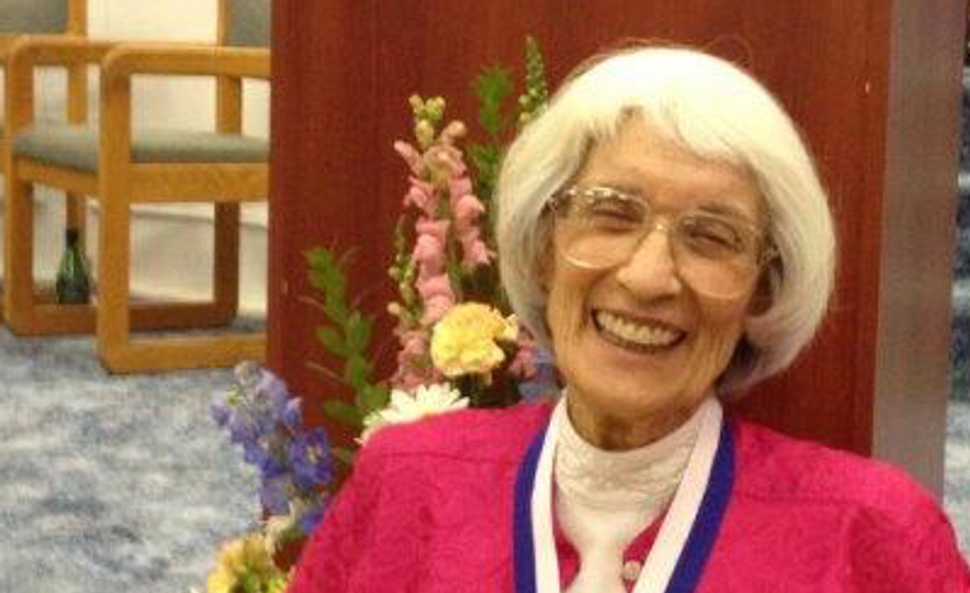 Sandler, who went by “Bunny,” wasn’t observant, but as her health declined, she toyed with the idea of having a Jewish funeral. In the end, she opted to have a non-religious ceremony.

When Sandler traveled to from Washington to California to spend [Rosh Hashanah](https://forward.com/schmooze/320610/rosh-hashana/ “Rosh Hashanah”) with her daughter, she went to synagogue to hear the choir — she loved that it was led by a female cantor.

“I know she was very fond of my cantor and admired her, and they talked several times when she would visit,” said Sandler’s eldest daughter, Deborah. “My mom just loved seeing a female cantor up there on the bimah. She just thought that was the best thing.”

Deborah thought it was funny to talk about her mother in a Jewish context — she rarely thought about her in that manner. Sandler wasn’t religious; Deborah would call her a secular Jew, although she also considered herself an atheist. Nevertheless, Sandler always saw herself as Jewish.

“She was certainly proud to be Jewish, and always identified as Jewish, and I think very strongly so. Just not in a religious manner,” Deborah said. 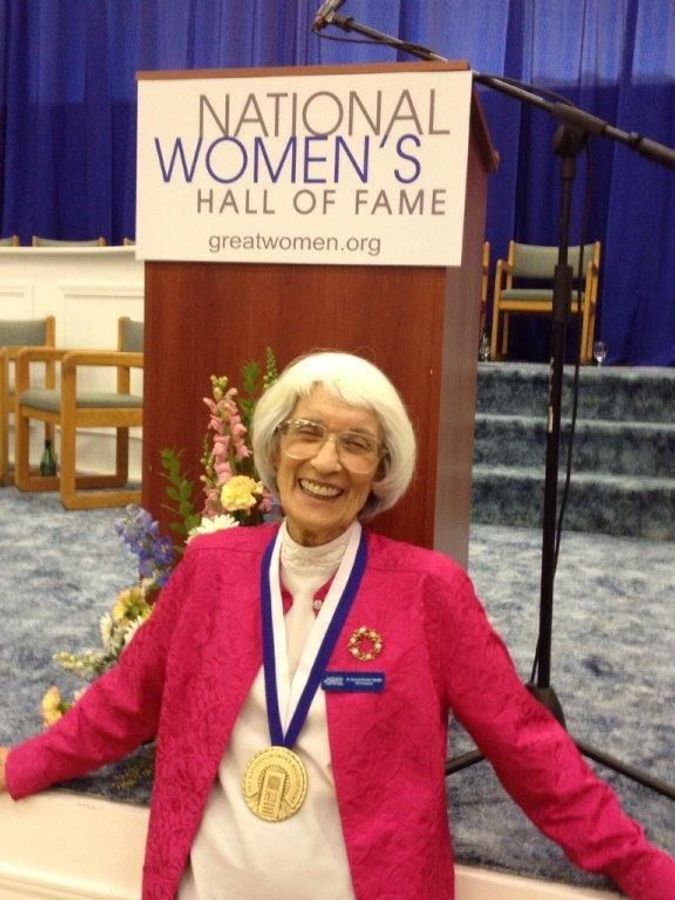 Bernice Sandler in 2013, when she was inducted into the National Women’s Hall of Fame Image by Courtesy of Deborah Jo Sandler

Sandler was born in Brooklyn on March 3, 1928. Her parents came to America in the early 1900s — her father was from Lublin, Poland, and her mother from Germany. They didn’t have an observant household, although her father, a businessman, came from a long line of rabbis.

“I think that was kind of a point of pride, because it was not only the religious thing, but the scholarship thing,” Deborah said.

Sandler received two degrees in psychology and earned a PhD in counseling from the University of Maryland in 1969. Even with a doctorate, she was passed over for several academic positions because she was a woman, The Washington Post reported.

In her frustration, she began investigating and found an executive order signed by President Lyndon B. Johnson banning sex discrimination by organizations with federal contracts — which applied to many universities and colleges. Her efforts led to the first federal investigation of sex discrimination on campuses.

Even after Title IX passed, Sandler continued her activism for gender equality in the classroom, and devoted most of her life to ending discrimination that held women back in academia. In 2013, she was inducted into National Women’s Hall of Fame.

“I will tell you one thing that I think she got from Judaism, although I don’t know if this occurred to her,” Deborah said. “She had a really strong sense of what’s right, and morality, and doing justice. That’s such a Jewish value.”

Bernice married her Jerrold Sandler in 1952, but they divorced in 1978. She’s survived by two daughters, Deborah Sandler and Emily Sanders, and three grandchildren.

Several weeks ago, Deborah told her mother that her female cantor was most likely going to become her congregation’s next rabbi. Sandler was “delighted.”

“I don’t think she ever let go of identifying as Jewish,” Deborah said. “There’s a lot of ways to be Jewish.”