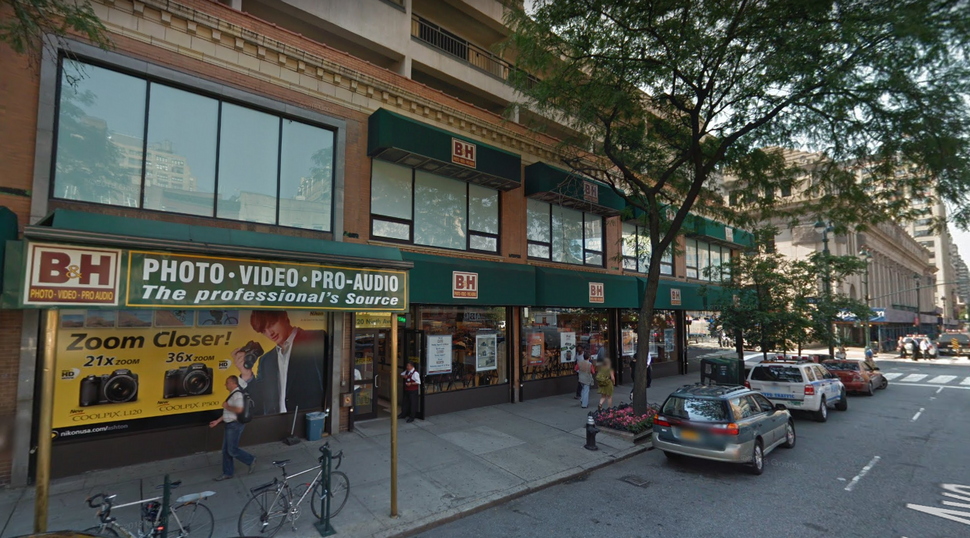 New York Attorney General Letitia James is suing the Orthodox-owned B&H Photo for failing to pay more than $7 million in taxes, according to a complaint filed today in the Supreme Court of the State of New York.

“B&H proclaims itself to be ‘a proud, family owned business’ that is ‘built on the pillars of honesty and treating people right’ and which puts ‘principles over profits,’” the complaint said. “But when it comes to collecting and paying New York state and local sales taxes, B&H has been anything but honest and principled.”

A whistleblower tipped off the attorney general’s office in 2016, and B&H allegedly continued the misconduct even though it knew it was under investigation.

The company offers its customers manufacturer discounts that encourage sales. The manufacturer then reimburses B&H for selling their products at a discount. B&H allegedly received at least $67 million in reimbursements between 2006 and 2017.

Since at least 2006, the complaint alleges, B&H has not paid a tax on the reimbursements, instead opting to pay taxes only on the discounted sale amount.

“The company, which by 2006 had been in the consumer retail electronics business for thirty-three years, could not, absent reckless disregard, have been ignorant of the rule that manufacturer-funded discounts on a purchase price had to be included in calculating sales tax,” said the complaint.

B&H said in an emailed statement that the company has done nothing wrong, and claims the practice is in line with industry standards.

“It is outrageous that the AG has decided to attack a New York company that employs thousands of New Yorkers while leaving the national online and retail behemoths unchallenged,” said spokesperson Jeff Gerstel.

Between 2012 and 2013, B&H allegedly tried to convince manufacturers to sign an addendum to their contracts that would help the company disguise its rebate programs.

Only one vendor agreed to sign, so B&H “abandoned its plan and simply continued not to pay the tax,” according to the complaint.

As of today, B&H “continues knowingly to fail to pay tax on the instant rebate reimbursements it receives from manufacturers.”

Last year, the company faced a different lawsuit for offering only Jewish employees a $2,000 “baby bonus,” which plaintiffs claimed was discriminatory. In 2016, the U.S. Labor Department sued after Hispanic employees were forced to use a separate bathroom in a warehouse.