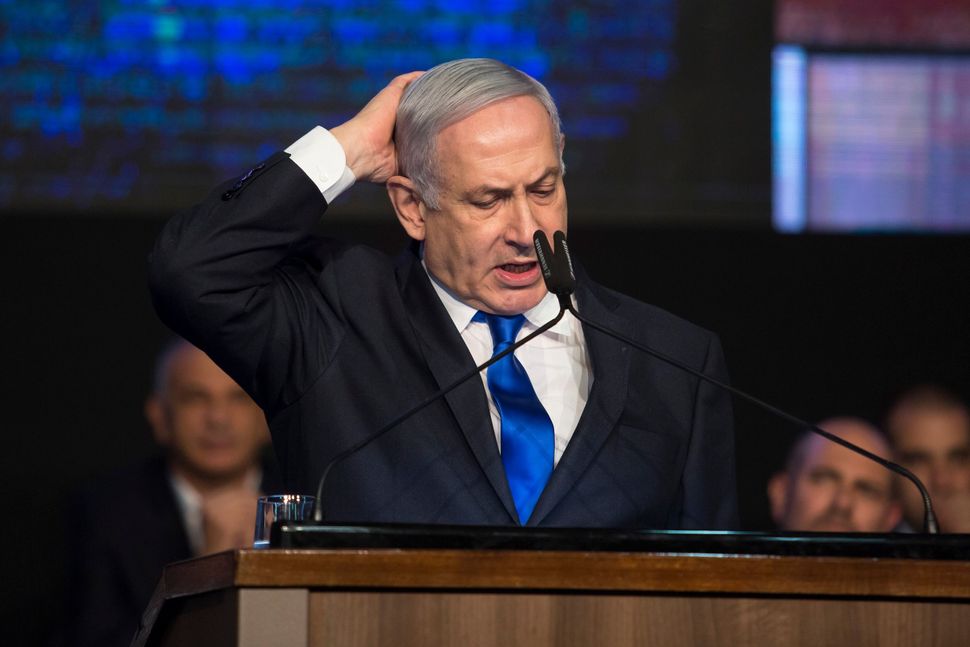 For the first time in Israel’s history, a sitting prime minister is accused of bribery: Attorney General Avichai Mendelblit announced Thursday Prime Minister Benjamin Netanyahu would be charged with bribery, fraud and breach in three corruption cases, dubbed Cases 4000, 2000 and 1000.

The indictment comes after a four-day hearing with Netanyahu’s defense team last month, followed by weeks of intensive discussion at the attorney general’s offices.

Laying out the charges in a press conference, Mendelblit said he made the decision to indict the prime minister “with a heavy heart, but wholeheartedly,” stressing it was not an issue of left-wing or right-wing politics and that enforcing the law is not a matter of choice.

The attorney general lamented that “while conducting a professional hearing process, we’ve witnessed repeated attempts to delegitimize the people who were involved” in the investigations. He defended his colleagues, saying “These people acted out of proper motives.”

The delegitimization “was meant to create the impression that any decision taken would be wrong. The investigations are based on broad-based evidence and testimony, which were professionally reviewed. No stone was left unturned,” the attorney general said.

Following the announcement, Netanyahu called the indictment “an attempted coup” against him, and that the process was meant to topple him.

Related story: The Long History Of Corruption In Israel

Case 4000 is considered the most serious, and revolves around an alleged bribery deal between Netanyahu and businessman Shaul Elovich, who controlled the Bezeq telecommunications company and the Walla News site. According to the indictment, Netanyahu and Elovich engaged in a quid-pro-pro deal in which Netanyahu – as communication minister – led regulatory steps directly tied to Elovich’s businesses and interests that yielded the tycoon some $500 million.

In return, according to the indictment, Netanyahu and his wife Sara made consistent requests to alter the coverage on the Walla News website in order to serve the Netanyahus’ interests and target their opponents. Elovich allegedly pressed the editors of the website to comply with the Netanyahus’ demands. Substantial circumstantial evidence convinced Mendelblit that both Elovich and Netanyahu were aware of the quid-pro-quo, though there is no evidence of an explicit coordination of the deal.

Netanyahu’s attorneys argued that favorable coverage does not constitute a bribe and that in any case the prime minister didn’t try to skew the coverage in his favor but rather pushed for balanced coverage out of ideology. In addition, they claimed all decisions made by Netanyahu in his role as communication minister were approved by the ministry’s professional staff.

In reference to Case 4000, the indictment alleges that Netanyahu acted to benefit Shaul Elovitch in exchange for favorable media coverage, and created a conflict of interest in light of his public positions and his personal matters.

“Netanyahu and Elovitch created a give-and-take relationship, based on their mutual understanding that each of them had a significant interest that the other could advance… As part of that give-and-take relationship, Elovitch and his wife agreed to all of defendant Netanyahu’s demands, and did everything in their power to comply with those demands.

“Media coverage was of great importance to defendant Netanyahu, as well for his family members, and he considered it highly important in its effect on his political future,” the indictment said.

At the center of Case 2000 is a series of meetings between Netanyahu and the publisher of Yedioth Ahronoth daily newspaper, Arnon Mozes, in which they allegedly discussed a bribery deal. According to the indictment, the deal called for Netanyahu to try to limit the circulation of rival newspaper Israel Hayom, and in return Mozes would give Netanyahu favorable coverage. In this case, Netanyahu is accused of fraud and breach of trust.

At the hearing, Netanyahu’s lawyers argued that Netanyahu’s actions were meant to fool Mozes, and that he cannot be accused of an offense since there are no indications he planned to bring the deal to fruition. In addition, the defense team argued that contact between media figures and politicians is commonplace and should not be criminalized.

According to the indictment, in Case 2000 “defendant Netanyahu gave defendant Mozes the impression that there was a plausible option that he — the prime minister of Israel — would take a bribe. By doing so, Netanyahu conveyed the message that bribery was a tool that could be used to promote the mutual interests of senior public servants and businessmen and that there was nothing wrong with bribery transactions when significant public interests such as freedom of the press and elections integrity are at stake.

“Such conduct on the part of the person holding the highest-ranking position in the executive branch deeply and fundamentally harms the rule of law, integrity and public trust,” the indictment states.

“Netanyahu took advantage of the bribe offered by defendant Mozes and [Moses’] understanding that he would be able to significantly influence legislation. At the same time, defendant Netanyahu used his power as prime minister to receive personal favors, while fundamentally harming the integrity of the public service and public trust,” the indictment adds.

In Case 1000, Netanyahu is also accused of fraud and breach of trust over gifts he allegedly received from Hollywood Mogul Arnon Milchan and billionaire James Packer. According to the indictment, Netanyahu received cigars and champagne from the two over the course of several years. Netanyahu’s family members, the indictment states, also demanded and received gifts from the businessmen, and Netanyahu was aware of this fact. Mendelblit writes in the indictment that Netanyahu put himself in a conflict of interests and used his public role to receive gifts.

Netanyahu’s defense in this case has been that “it is allowed to receive gifts from friends.” According to his lawyers, Milchan gave him the gifts because the two are friends, and Netanyahu was not aware of the requests made by his family members.