3 Qs With Jodi | What Does Israel’s Political Stalemate Really Mean? 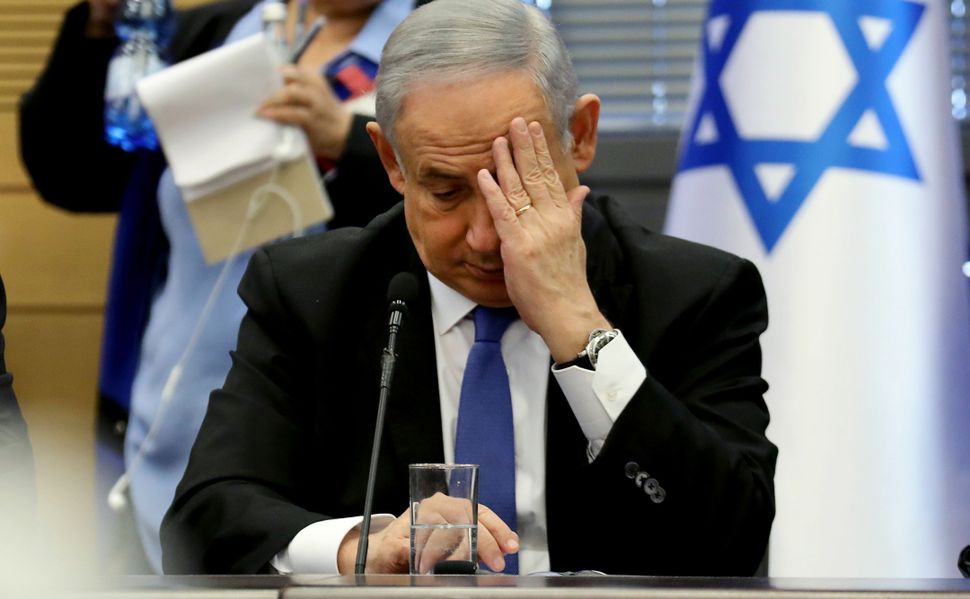 Whenever people ask how long I was in Jerusalem as the bureau chief of The New York Times, I answer both in years and in stories. That is, almost four years — or, two wars in Gaza and two Israeli elections.

My successor has certainly got me beat: two Israeli elections in six months, and a third almost certainly on the way.

Israel loves to celebrate itself as the only democracy in the Middle East (sorry, Tunisia). But having elections with no winner, having a government in permanent limbo, having negotiations with no progress is not a showcase of a vibrant democracy. It’s a demonstration of dysfunction, or at least, hopeless division.

Here are three questions American Jews should think about as this seemingly endless cycle enters its next phase, in which the Parliament has three weeks to pick a prime minister and form a coalition — something pretty much nobody thinks will actually happen — or send the public back to the ballot box.

What is this fight really about?

For generations, Israeli politics turned on a single axis: the Palestinian question. The left and right camps were defined, roughly, by people who were committed to a two-state solution (left) and those who supported settlement of the occupied territories (right) and took a more river-to-sea view of Israel. The religious parties swung between the two, trading their votes on security questions to keep control of things like marriage, conversion and public observance of holidays.

But there is little difference in position on the Palestinians between the two major parties in this election, Prime Minister Benjamin Netanyahu’s Likud and Benny Gantz’s Blue and White. With the peace process stalemated so long it’s just gone stale, Israeli voters are increasingly focused on socio-economic questions, and, especially, the role of religion in public life.

Between the two elections, Gantz and the third major player, Avigdor Liberman, both gained votes by talking more about “liberal” values — which is shorthand for secular, and includes things like public transport on Shabbat and holidays, and military draft for the ultra-Orthodox.

These elections are also, in their essence, a referendum on Benjamin Netanyahu, now the longest-serving prime minister in the state’s history, and a man almost certainly about to be indicted for corruption. `

Why does Netanyahu have so much staying power?

This really is a mystery. Look, it’s true that over his decade at the helm, Israel has remained relatively safe and its economy relatively strong — the two key elements to a politician’s success.

But Netanyahu has never had great personal approval ratings beyond his base, and does not even have great relationships with his close party colleagues; I don’t know of another politician in Israel or the United States who has had more top lieutenants turn prime antagonists. (See: Liberman, Avigdor; Bennett, Naftali; Ya’alon, Moshe; Kahlon, Moshe; Hendel, Yoaz.)

Now he’s in real trouble, toxic-for-most-politicians trouble, and yet more than one million Israelis voted for him in September. And, despite Gantz and Liberman’s clear eagerness to form a unity government with Likud if only Netanyahu would step aside, not one of the other supposed leaders on the party’s list (talking to you, Gidon Sa’ar) was willing to leave his side.

The only explanation is fear. Netanyahu has made a career campaigning on it: fear of a nuclear Iran, fear of suicide bombers, fear of American Jewish betrayal, fear of boycott, fear even of Arab Israelis “voting in droves” (which actually started to happen this last time around, in a backlash, that really was a sign of the health of Israeli democracy). And those other politicians are too afraid to cross him.

I only recently learned — or, at least, only recently paid attention — to the biblical story of Nachshon, said to be at the head of the line as the Jews fled slavery in Pharoah’s Egypt. The legend is that Nachshon stepped into the Red Sea before it parted, because he was so confident that God would lead his people to liberation — or, perhaps, because he understood that standing still was a sure death trap, given the oncoming hordes of Egyptians on horseback.

Today’s Israeli Jews seem to think they can stand still. Netanyahu and others have deluded them into thinking the status quo with the Palestinians is sustainable, with the “temporary” occupation of the West Bank well into its 52nd year. Now we’ve entered a similar spin-cycle in electoral politics: they campaign, they vote, they try to form a coalition, they fail, they campaign, they vote…

We need a Nachshon. A leader who will take real risk, if only because she understands that not taking that risk is a bigger risk, that Israel’s survival as a Jewish and Democratic state is actually not assured without resolving the Palestinian conflict.

In their new book, “Be Strong and of Good Courage,” the veteran Middle East peace plotters David Makovsky and Dennis Ross highlight four Israeli leaders who made Nachshon-like moves. “They understood the costs of acting but also the consequences of not acting,” Makovsky and Ross wrote in a recent Forward op-ed.

Two elections with no winner and a third on the way feels a lot like not acting, and it doesn’t seem like Israeli politicians — or voters — understand the consequences.

Jodi Rudoren is the editor in chief of the Forward.

3 Qs With Jodi | What Does Israel’s Political Stalemate Really Mean?