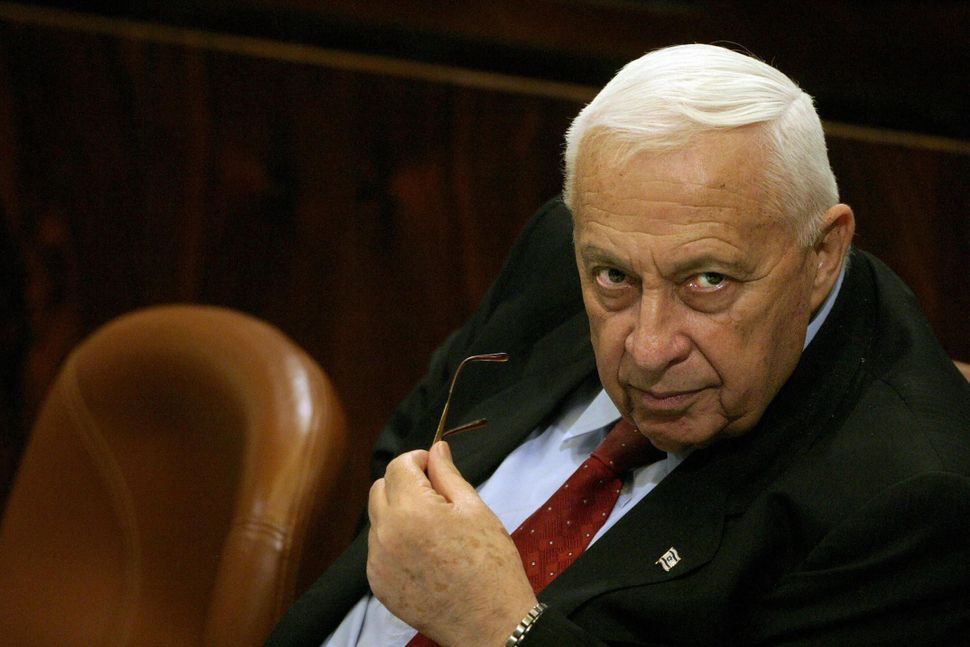 The Netanyahu era is coming to an end in Israel. Once again, Benjamin Netanyahu has been unable to put together a government. Perhaps he will survive for a time in a national unity government, but even that may prove temporary if he is indicted by the Attorney General in early December. But regardless of whether the Netanyahu tenure ends soon, and regardless of who succeeds him, Israel’s leaders will soon confront a fateful choice: If Israel stays on its current path, it will, by default, become one state for two peoples.

Already, the ratio of Jews to Arabs in Israel and the West Bank is about 6:4. If Israel stays where it is, it will be a binational Jewish-Arab state—and that will spell the end of the Zionist mission of building a Jewish-democratic state, a state that serves as a homeland and refuge for Jews and can also be a light unto the nations.

Our new book, entitled “Be Strong and of Good Courage”, is an admonition to Israel’s leaders to face up to the choice and preserve the option of separation from Palestinians.

Even if there was a forthcoming Israeli government, two states would not be possible anytime soon, in no small part because the Palestinians are incapable of negotiating a peaceful outcome, given the division between the Palestinian Authority and Hamas and the inability to make any concessions. But separation must remain possible or one state will become the reality. To preserve separation and two states as an option, Israel must stop building outside the settlement blocs, those areas close to the “green line” and Israel’s major urban centers in which roughly 87% (or 344,000) of the settlers live.

In the book, we invoke Israel’s founders to provide a measure of what to do when facing big choices, and with 104,000 Israelis living outside the blocs now, the tipping point is rapidly approaching in which the ability to separate physically from the Palestinians will be lost. To avoid becoming one state for two peoples, Israel’s leaders will have to make a big decision and no longer let the settler movement determine Israel’s future.

David Ben-Gurion, Menachem Begin, Yitzhak Rabin, and Ariel Sharon would have faced up to the moment. Even though they did not share the same ideologies, they did share a common view of leadership and the role of the prime minister.

First and foremost, they understood what was important. They never shied away from making painful decisions in which they put the state, not their political needs, first. They understood the costs of acting but also the consequences of not acting. They accepted that the burden of decision-making rested on their shoulders and were determined not to let problems drift to their successors. They were not just political leaders who wanted to survive, but saw themselves as historic figures who needed to lead the public and not follow it; this meant educating people about the stakes, painful realities, and risks to the state. Finally, for them, leadership meant persevering in the face of terrible political opposition, reflecting their belief that they were in office not just to hold power for its own sake.

All of these leaders demonstrated these traits. When David Ben-Gurion acted to declare the state, he knew that there would be a war with the Arabs and the costs would be immense. But with the British mandate ending and a UN Trusteeship certain to take its place if a Jewish state was not declared, he also knew that the justification for statehood might not come again. The cost of not having a state, of not ending 2000 years of Jewish homelessness, was simply too great.

For Menachem Begin, responding to Anwar Sadat with withdrawal from the entirety of the Sinai and recognizing the “legitimate rights” of the Palestinians cost him his closest comrades, who charged him with betrayal. Yet Begin understood that to fail to respond to Sadat meant losing the opportunity to make peace with the largest and most important Arab state. It meant losing the possibility to end wars with Egypt, even as it meant losing the ability to take Egypt out of the Arab coalition arrayed against Israel. The risk of not acting meant Sadat or his successor would likely return to the rejectionist camp. If given the choice of losing part of his political base or serving the country, he would put the country first. 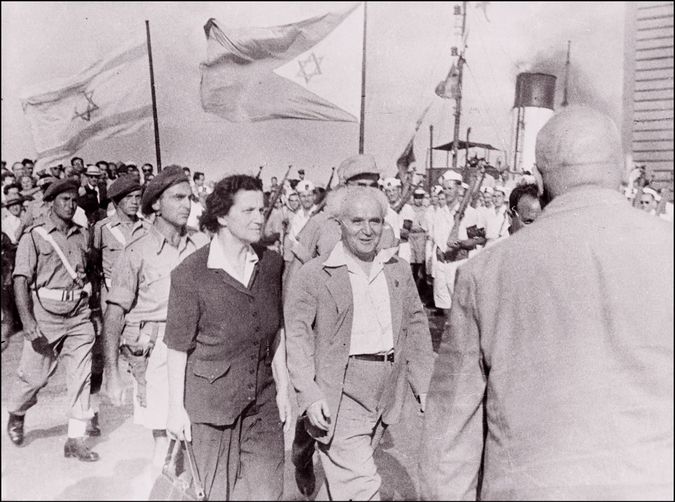 Yitzhak Rabin felt he needed to cut through the excuse for never adjusting Israel’s behavior; if Israel was strong, it did not need to compromise, but if it was weak, it could not afford to do so. Rabin felt Israel was at its peak, thanks in no small measure to the US victory in the Cold War and its defeat of Saddam Hussein. Rabin felt he could not lose the Oslo moment. He knew the costs would be high, but he believed that demographic trends and continuing control of the Palestinians would surely be worse. He also felt the costs of an opportunity lost would weigh heavily on Israel and provide the radicals, with Iranian backing, the means to make a comeback. He would take the risk, and he would pay for it with his life.

Ariel Sharon, the builder of the settlements, resolved that he must dismantle them in Gaza and withdraw from the Strip for the sake of the country. He knew he would be skewered by his own political base for up-rooting settlers, but he felt Israel must take an initiative to head off far more dangerous ones from the international community, including from the US. Moreover, he was also convinced that Israel must address the demographic challenge. Exiting Gaza would not solve the demographic threat to Israel’s Jewish majority, but it would enable Israel to have more time to address it—and he proceeded even after he lost a referendum in his Likud party. Knowing he would have to do more to solve the demographic issue and that Likud would oppose him, he split from the party and created a new one just weeks before he was felled by a debilitating stroke.

Issues of land and demographics are not new, but rather run through Israel’s history. For Ben-Gurion, Rabin, and Sharon, preserving Israel as Jewish and democratic was their north-star. Begin’s view was more complicated; he was committed to giving equal rights to Arabs and yet not did not want to withdraw from the West Bank. The one thing we know for sure is that all four of these leaders would have faced up to the current challenge, even as they also addressed the security threats posed by Iran’s regional ambitions and Hizbollah and Hamas rockets.

The threat to Israel’s future identity may be more abstract than the current threats in the region, but it is no less real. Given the weight of the settler movement, it will take strong and courageous Israeli leaders, ready to take on long-time political allies, to take three necessary steps: (1) stop building outside the settlement blocs; (2) provide financial incentives to the 104,000 settlers who live beyond blocs and in the 92% of the West Bank that is to the east of the Israeli security barrier; and (3) open up area C, 60% of the West Bank, to Palestinian economic activity, so that this area rich in minerals, space for industrial zones and tourist potential can build a Palestinian economy in a way that also makes separation possible.

Let’s hope Israel’s next government will be up to the challenge and follow the spirit of Israel’s founders.

Dennis Ross and David Makovsky are co-authors of the new book Be Strong and of Good Courage: How Israel’s Most Important Leaders Shaped its Identity (Public Affairs, 2019). Both are distinguished fellows at the Washington Institute for Near East Policy and have written widely on the Mideast. Dennis served formerly as a US Middle East envoy, and David is a veteran analyst and host of the new podcast Decision Points: The US-Israel Relationship.