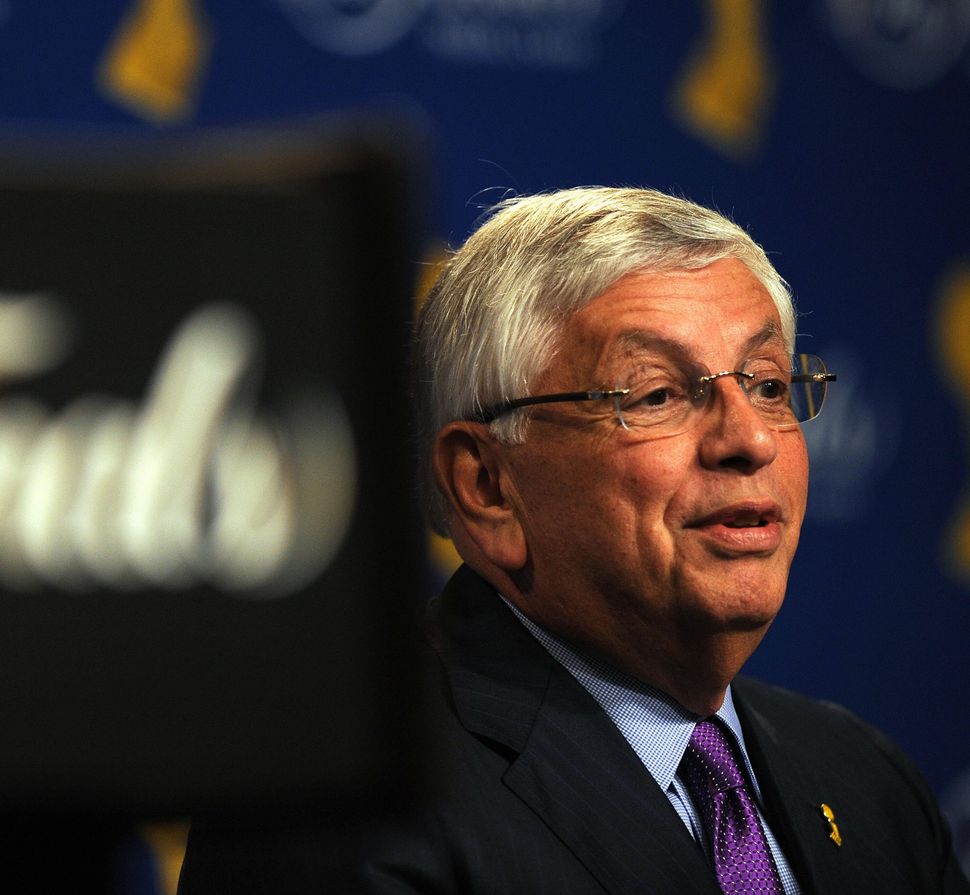 (JTA) — David Stern, who in three decades as NBA commissioner guided the league from financial distress to become a multibillion-dollar global enterprise, died Wednesday. He was 77.

His philanthropy through the Dianne and David Stern Foundation with his wife included a number of Jewish causes, according to Inside Philanthropy.

Stern had undergone emergency surgery for a brain hemorrhage in mid-December after collapsing at a New York City restaurant.

He served as commissioner of the National Basketball Association from 1984 to 2014, increasing its popularity by pushing the individual talents of such all-time greats as Michael Jordan, Larry Bird and Magic Johnson. During his tenure, the league expanded by seven teams and six teams relocated. Stern also contributed to the founding of the WNBA, which had its inaugural season in 1997.

“David took over the NBA in 1984 with the league at a crossroads,” Adam Silver, his successor and also Jewish, said in a statement, according to ESPN. “But over the course of 30 years as Commissioner, he ushered in the modern global NBA. He launched groundbreaking media and marketing partnerships, digital assets and social responsibility programs that have brought the game to billions of people around the world. Because of David, the NBA is a truly global brand — making him not only one of the greatest sports commissioners of all time but also one of the most influential business leaders of his generation.

His foundation was worth about $135 million and gave away about $2.1 million over the past year, according to Inside Philanthropy. Jewish causes include the UJA-Federation of New York, Scarsdale Synagogue, Westchester Jewish Community Center and Anti-Defamation League.

Stern  is a member of the Naismith Basketball Hall of Fame and the International Jewish Sports Hall of Fame.

The Teaneck, New Jersey, native lived in suburban Scarsdale, New York, with his wife; they have two sons. His wife and family were at his bedside when he died, ESPN reported, citing the NBA’s announcement of Stern’s passing.

Stern was a graduate of Rutgers University and earned his law degree at Columbia. He came to the NBA from the law firm Proskauer, Rose, Goetz & Mendelsohn, which represented the league. He became the league’s general counsel in 1978 and took over as commissioner from Larry O’Brien.