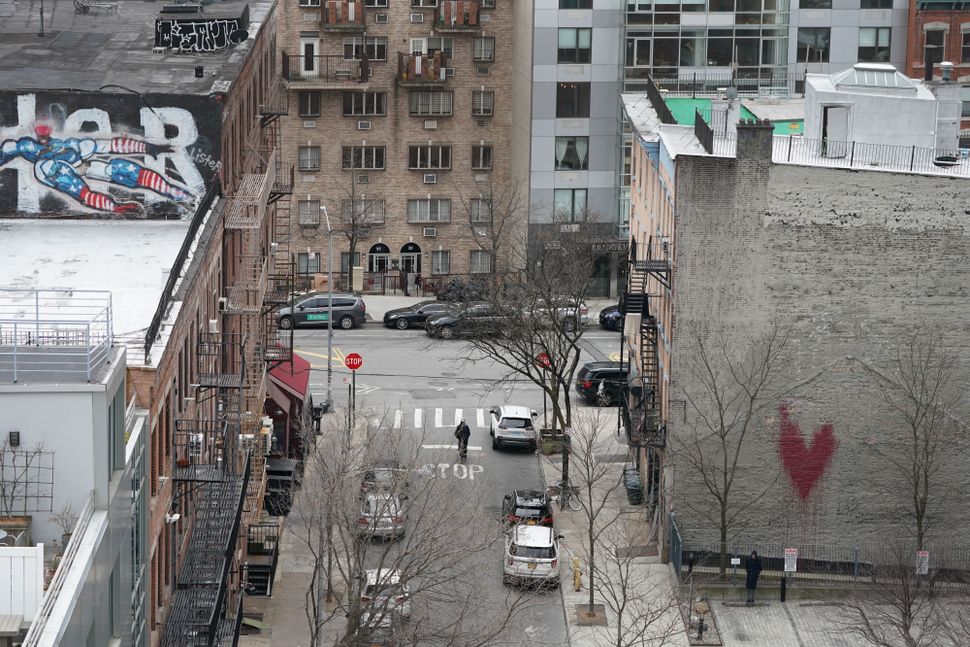 A nearly empty street in the Williamsburg section of Brooklyn on March 25, 2020 in New York Image by BRYAN R. SMITH/AFP via Getty Images

Orthodox yeshivas for boys in Williamsburg are running underground schools in closed synagogues and apartment buildings despite social distancing requirements imposed by the city and state to try to slow the spread of coronavirus, a parent whose child attended one of the secret schools told the Forward.

UPDATE: NYC breaks up one secret yeshiva operating in violation of coronavirus rules

The source, who wished to remain anonymous for fear of retaliation from the community, said one of his sons went to school in a closed synagogue building that was unlocked by a teacher’s family member.

He provided evidence of the underground yeshiva in the form of correspondence with the school and another person sent the Forward a screenshot of WhatsApp messages among Satmar parents.

“It definitely puts everyone in danger, the kids going,” said the first source, who grew up in the Satmar community in Williamsburg. “I definitely believe that this is putting others at risk.”

Some of his children were also advised to attend school in a classmate’s apartment building.

The underground schools are operating amidst outcry over videos and photos that show Haredi men and women violating social distancing guidelines in Brooklyn and Lakewood. Leaders say they are working with authorities to follow the rules, and most of their community is indeed doing so. But in Williamsburg, some mikvahs and now, yeshivas, remain open.

Not keeping six feet apart from others in public can be accompanied by a $1,000 fine in New York.

The New York City Department of Health did not immediately respond to a request for comment.

Williamsburg is a Haredi community home to the largest community of Satmar Hasidic Jews in New York City. The community is characterized by very strict religiosity and yeshivas intensely focused on religious education.

Some classes, the source said, were broken into smaller groups to keep the numbers of students in a room at about 12, but some are running with full classes of 24 to 26 kids.

The source’s son attended school just days after the yeshivas were ordered closed in mid-March, he said.

The source said the sentiment among other parents is that it has already been predetermined who is going to get coronavirus, a principle encompassed in the Yiddish term “bashert” — meant to be — so there is no point in abiding by the guidelines.

He also said the community does not understand what the consequences are for getting caught.