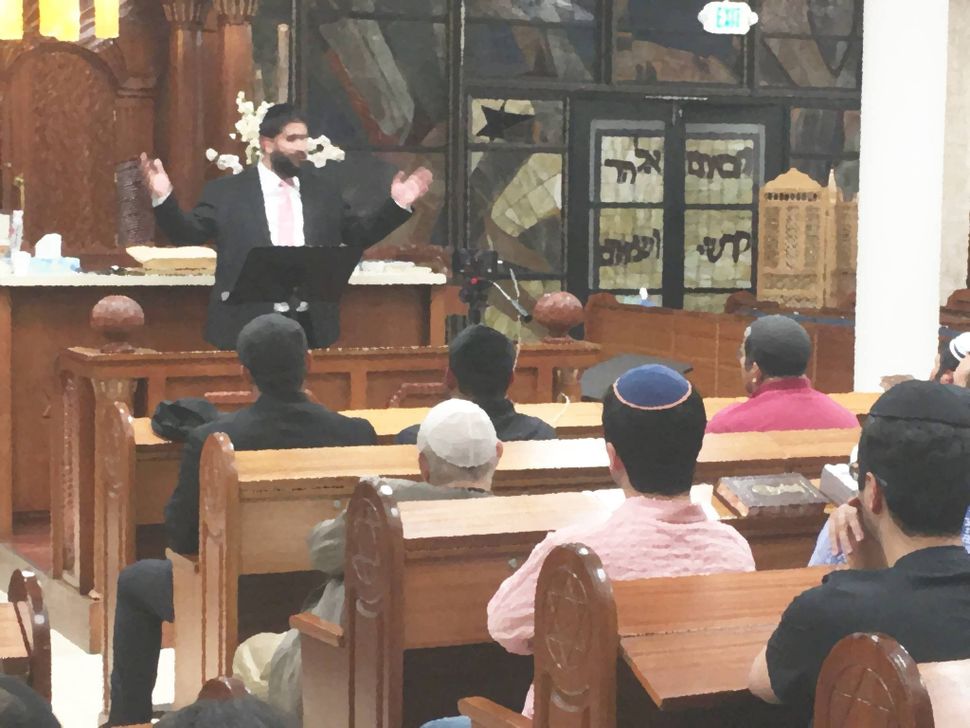 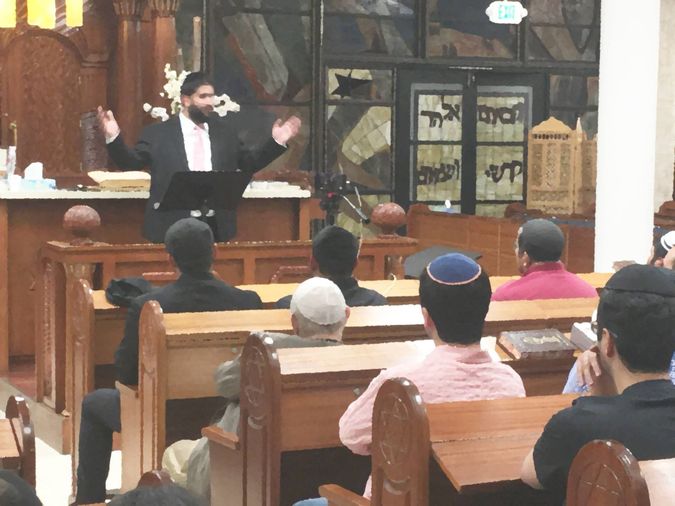 San Diego police are investigating an alleged antisemitic assault on a local rabbi who reported that a teenage boy harassed and struck him on the way to synagogue.

Rabbi Yonatan Halevy, 31, said he was accompanying his elderly father to services on Saturday afternoon, Oct. 10, when a teen rode by them on his bike, forcing Halevy and his father off the sidewalk. Halevy said the teen made a U-turn right in front of them and slammed his fist down “as hard as he could” on the rabbi’s head. Halevy fell to the ground. 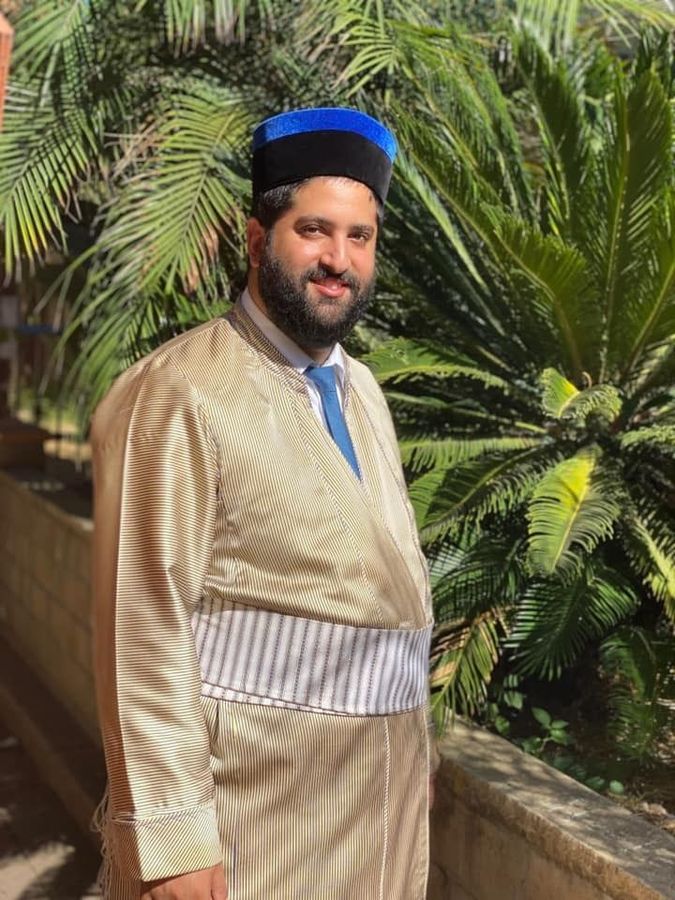 “He called me the “n” word, yelled something about ‘white power,’ and ran back to his friends laughing,” Halevy said. “I’m just grateful he didn’t hit my father.”

Halevy suffered neck pain that evening, but has since recovered.

Halevy is rabbi at Kehillat Shaar HaShamayim synagogue and founder of the Jewish outreach group Shiviti in University City, California. He said at the time of the attack he was wearing a traditional holiday dress for a rabbi of Middle Eastern background — a gold robe and a blue turban, which fell off his head and into the street during the assault.

Halevy hurried his father to safety in the synagogue and called 9-1-1. He said he waited almost 45 minutes for police to arrive, during which time a group of boys returned on their bicycles for nearly 25 minutes to mock Halevy.

Halevy said the police officer who arrived on the scene refused the photos he had taken of the boys on their bikes. When Halevy asked if the officer would try to track down the boys in the direction they had fled, the officer said, “No.” The officer did not take down a crime report.

“An officer told me that I shouldn’t bother calling unless they hurt us again or do something worse, because they have other priorities to deal with in San Diego,” Halevy said. “Many people were scared to come to services the next day and the synagogue was pretty much an empty house.”

The group of three to five boys, described by Halevy as ranging in age from 12 to 17, returned the following two days, circling the synagogue, harassing congregants, and yelling profanity.

Halevy said the boys had harassed him and his congregants before. On the first evening of Rosh Hashanah this year, when the synagogue opened its doors for congregants, the boys rushed inside and stole platters of cookies off the tables, yelling curse words and slurs as they ran out. When Halevy called the police, the officers arrived two hours later at the wrong location, according to Halevy.

The following morning, Halevy arrived at the synagogue to find the back window of his van smashed in the parking lot. Halevy thinks it was the same group of boys, who came back that evening to taunt congregants.

“We decided to supervise our children going to the restrooms. If people wanted escorts to the synagogue, we made sure they weren’t walking alone. We knew we had to take take of ourselves if the police weren’t going to do anything actionable,” Halevy said.

The synagogue had already increased security measures for the weeks of the High Holidays— a time when Jewish hate crimes have shown spikes in recent years— in the form of a community security group.

Obadia Lopez, 46, and his brother, Yitzak, were among the congregants who volunteered to keep watch before, during, and after High Holiday services, and who also experienced verbal harassment from the group of boys.

“He told me I was ‘the weirdest fuck he’d ever seen,’” Lopez said, referring to one of the boys. “It’s hate — It’s not just kids trying to be funny. They mock us and laugh at us. It’s sad how somebody can be that young and have that kind of feeling toward others.”

Lopez added that the oldest of the boys always uses his phone to record himself making fun of Lopez and other congregants as they enter and exit the synagogue.

“It tells the Jewish community that they’re not safe.” Halevy said. “And that if they get attacked or harassed, there’s nothing the police will do about it.”

The San Diego Police Department began investigating Halevy’s case as of Monday morning, after Halevy posted his report and his experience with the police on social media. The department has also apologized for the responding officer’s initial lack of response to Halevy’s allegations.

“We are looking into the actions of the officer that responded that night and we will be speaking with him to determine exactly why a crime report was not taken that evening,” said Shawn Takeuchi, the department’s public information officer. “A report definitely should have been taken.”

San Diego police are currently working with witnesses to narrow the investigation, and are looking at allegations of hate crime and battery.

“The San Diego Police Department does not dismiss these allegations, and we take them very seriously,” Takeuchi said. “We will make every effort to make the determination as to whether this was a hate-motivated incident. Especially given these recent times, I want the community to feel comfortable in contacting the police department.”

Halevy said he is glad the police department is now investigating.

“They promised us they are doing what they can now,” Halevy said. “I just want to see my community safe.”