JERUSALEM — Four days before Passover, a dozen self-styled priests dressed in white walked barefoot onto a stage, carefully rinsing their hands and feet. Two more blew slender silver trumpets, signaling the start of the ceremony: the sacrifice of the Paschal Lamb, mandated by the Torah to commemorate the Exodus from Egypt.

Hundreds of Israelis attended the ritual. Its organizers held it on the Mount of Olives, which overlooks the Temple Mount, site of the Second Temple. Two thousand years ago, before the Temple’s destruction by the Romans, the slaughter of the lamb was an annual event.

Today, the Temple Mount is a flashpoint of the Israeli-Palestinian conflict, and Jewish prayer is forbidden there, so the sacrifice organizers hold what they call “practice,” a dry run in preparation for a time when Israeli authorities will allow devout Jews to begin sacrificing in earnest where the temples once stood.

“This event is part of a national revival, the revival of the religion of the Temple,” Hillel Weiss said. An emeritus professor of Hebrew literature at Bar Ilan University, Weiss helped revive the public practice of ancient biblical rituals four years ago as a member of the Coalition of Temple Movements, a loose umbrella group of several activist groups.

At first, the “practice” took place in an ultra-Orthodox neighborhood far from Temple Mount. This year, however, the final destination was so close, the crowd could see it.

Likewise, the movement to revive the ancient temple and its practices has been making its own move from the fringe toward the center, enjoying the newfound interest of some non-Orthodox Israelis and the support of some mainstream rabbis, such as Jerusalem Chief Rabbi Aryeh Stern, Safed Chief Rabbi Shmuel Eliyahu and Yeshivat Har Etzion head Yakov Medan.

The organizers financed the event through an online crowd funding campaign. It pledged a piece of roasted sacrifice meat to donors of 50 shekels (about $13) or more.

Arnon Segal, a Temple activist who served as the event’s presenter, informed the audience that a portable stone altar already exists and “could be set up on Temple Mount within the hour.” (The Passover sacrifice does not necessitate the erection of a new Temple, only an altar placed on Temple Mount.)

In the meantime, in accordance with Temple tradition, the officiants roasted the lamb’s internal organs as the crowd watched and cheered.

“It’s like unearthing the dinosaurs in Jurassic Park,” Weiss added. “We are in the business of resuscitation, resuscitating the people of Israel and with them the entire world.”

Over Passover, police removed a dozen Jewish activists from Temple Mount as they tried to pray at the site or carry sacrificial lambs onto it. Earlier in April, a rabbi working for the Jerusalem-based Temple Institute furtively married a Jewish couple there.

The Temple Institute was founded in 1987 to fulfill the biblical commandment to build the Temple; it has already created the golden crown and uniform of the high priest and the incense altar according to Torah specifications, among other accouterments.

The Temple revival movement more broadly dates to the aftermath of the Six Day War, when Gershon Salomon, a scholar and soldier with messianic inclinations, dedicated himself to reversing the government decision to give control of the Temple Mount to Muslim authorities. Muslims call it Haram esh-Sharif, or the Noble Sanctuary; it is the site of the Prophet Muhammead’s ascent to heaven. Nearby stands the Western Wall, an outer wall of the Second Temple considered the holiest place Jews are permitted to pray today.

Salomon created the Temple Mount and Land of Israel Faithful Movement, which believes a Jewish return to the site will hasten the coming of the Messiah. His group splintered into the many groups represented by the Coalition of Temple Movements, such as Women for the Temple, Students for Temple Mount, Temple Mount Heritage Foundation and others.

For decades the Temple revival movement struggled to gain legitimacy in the face of the religious taboo against Jewish visits to the Temple Mount for reasons of ritual impurity, and against Orthodox misgivings about a return to the cult of sacrifice. Most Israelis who cherished messianic beliefs channeled their energy into the settlement-building project inspired by the teachings of Rabbi Zvi Yehuda Kook.

But that started to change in 1996, when the Yesha Council, a settler organization, granted religious permission to visit the Temple Mount, according to Tomer Persico, an expert on new age religions at Jerusalem’s Shalom Hartman Institute.

The settler movement’s connections to the Temple return campaign intensified after the Israeli withdrawal from Gaza in the summer of 2005, Persico said.

“The Gaza disengagement broke the paradigm, held by followers of Rabbi Kook, of settlement activity as the road to redemption. One of the new religious voices to emerge was yearning for Temple Mount,” he said. “It’s essentially a short-cut to redemption; instead of progressing gradually through settlement building, we jump straight to the construction of the Temple.”

The Passover gathering on the Mount of Olives attracted Jewish nationalists, who find a natural affinity in the Passover sacrifice. Participants wore T-shirts bearing such slogans as “Jews Love Jews” and “There Is No Such Thing as the Palestinian People” in Hebrew, Arabic and English. Another depicted the Muslim Golden Dome threatened by a wrecking ball, with the caption “Removing the Debris.”

According to the book of Exodus, the blood of the sacrificial lamb smeared on doorposts enabled God to distinguish between the homes of Egyptian and Israelite firstborns. The roasted sacrifice is to be eaten by Jews only. Later, Jewish sages regarded the offering as a special covenant between Jews and God, akin to the commandment of circumcision.

Another guest of honor, tasked with guarding the lamb before and after the slaughter, was Yehuda Etzion, a Temple Mount activist who served time in jail in the 1980s for severely injuring two Palestinian mayors with car bombs and plotting to blow up the Muslim structures on Temple Mount.

Etzion was one of the main ideologues of Solomon’s Temple Mount and the Land of Israel Faithful Movement, said Shlomo Fischer, a sociologist and expert on radical religious Zionism at Jerusalem’s Jewish People Policy Institute. Etzion and his companions in the Jewish underground decided to resort to violence to impose their vision of Zionism.

But this year’s Paschal Lamb sacrifice also boasted signs of Temple activism’s move toward the mainstream. An elected official, Knesset Member Miki Zohar of Likud, addressed the audience for the first time.

Zohar excitedly informed the crowd that he was able to legally enact the 10th of Nissan — the day in which, according to the biblical narrative, the people of Israel entered the land under the leadership of Joshua 3,500 years ago — as the official Jewish “Day of Aliyah.”

“There are those in the international community who claim we are occupiers in our land,” Zohar said. “But we arrived here before everyone else, and will remain here after everyone else, God willing.”

Much resistance to the Temple movement remains. Politicians and commentators across the political spectrum condemned the clandestine Temple Mount wedding. And most Orthodox rabbis are still deeply concerned about a race back in time to a pre-rabbinic era in which the Temple and the sacrifices practiced in it stood at the center of religious life, not synagogues and ritual prayer.

In a panel of rabbis held prior to the mock sacrifice, Rabbi Dani Isaac, head of the Beit Orot yeshiva, which hosted the ceremony on its grounds, was the only voice opposing the sacrifice re-enactment. While he said he yearned for the removal of “that golden toy” atop Temple Mount, Isaac insisted that an educational and spiritual process must precede the actual ritual.

“If the Temple is merely a slaughterhouse,” he said, quoting the passing remark of a lay member of his community ahead of the event, “it will never be built. The Temple must be something completely different.” Isaac recalled watching the Samaritans’ ritual Passover sacrifice on TV as a teenager, shortly after the 1967 Six Day War, and thinking how “pagan” it seemed to him.

Tasked with adding coal to the onstage altar, Haim Brosh represented Students for the Temple Mount. With an earring and no yarmulke, the Bar Ilan social work student stood out from the crowd but spoke of a growing fascination with Temple rituals among nonobservant Israelis.

“Secular people are more understanding of this activity than religious people,” Brosh said. “Religious people are constantly bound by limitations; they live in strict molds. The nonreligious say, ‘Wow, this is so Israeli!’ They can experiment with various commandments.”

After the ritual’s leaders blessed the audience, Francis Hai, a tribal leader from Togo, presented himself as an African king tracing his lineage to the lost tribe of Ephraim. Hai, who had donated to the crowd funding campaign, carried the slaughtered lamb.

For organizer Weiss, King Hai’s arrival was nothing short of a fulfillment of Isaiah’s end-of-days prophecy about the ingathering of nations to pray in Jerusalem.

“The people of Israel, and all the nations, will surrender to the blessed. That’s the only politics we believe in,” he said. 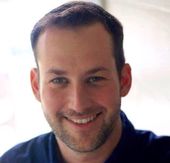