October was a tough month for Andres Roemer — Mexico’s now former ambassador to UNESCO and a highly public, if controversial, member of Mexico’s Jewish community.

Suddenly, last month, a rapid and complicated tangle of Middle East-related developments conspired to recast the 53-year-old star diplomat as a piñata, subject to severe whackings by both his government and his community.

The trouble began on October 13, when Mexico supported a resolution on Jerusalem at UNESCO’s executive board that Israeli and Jewish leaders decried as denying the Jewish people’s historic connection to the ancient city and to the Temple Mount, or Al-Haram Al-Sharif, as most Muslims refer to the site.

The site is revered as holy in Judaism, Christianity and Islam. But while the resolution’s introduction affirmed “the importance of the Old City of Jerusalem and its Walls for the three monotheistic religions,” the bulk of it lambasted Israel’s exercise of jurisdiction over the area as the “occupying power,” which is the status under international law that Israel has on the Temple Mount under international law in the view of most of the world community. Israel, the resolution declared, was undermining historic Muslim rights of control over Islamic holy sites there, and in the surrounding area, and demolishing ancient Arab structures of historic importance.

The resolution also referred to the site only by its Arabic name, Al-Haram Al-Sharif, which Israeli and Diaspora Jewish leaders said reflected a rejection of its role for Jews as the site of Judaism’s ancient Holy Temple.

In Mexico, Roemer was roundly criticized by many Mexican Jews for willingly casting Mexico’s vote in favor of this measure. Then, when it became clear he had actually played a more complex and ambiguous role, the government fired him.

The official reasons the government cited included, among other things, failing to communicate with superiors about the implications of the resolution, disclosing “official correspondence subject to secrecy” and “reporting to representatives of countries other than Mexico” about his vote — the last, an apparent reference to Israel.

For Mexico’s relatively small Jewish community it was an implication of dual loyalty that many took personally. But as more information came out about the circumstances surrounding the vote, and the government was perceived to be scapegoating Roemer, the community shifted and was provoked into raising its voice. The government responded, changing its vote on the resolution, after the fact, to an abstention — and even to trying, unsuccessfully, to get UNESCO’s executive board to hold a new vote on the resolution.

Now Roemer may be out of a government job, but he’s not out of work. In fact, for this ex-diplomat, his former day job might be seen as kind of a sideline. No ordinary simple government servant, Roemer is also a political analyst, an attorney, an economist, a think tank founder and the author of 16 books and two award-winning plays. In Mexico, he’s better known as a talk-show host on a major television network than as a diplomat. He’s also the founder of the City of Ideas, a TED-type festival that brings together “the best minds from around the world,” as the festival’s website declares. Hosted every year in the city of Puebla, it draws people from throughout Mexico and Central America. Director Oliver Stone, physician Deepak Chopra, anthropologist Jared Diamond and economist Paul Krugman are among the luminaries the festival has featured.

The role of ambassador to UNESCO has been historically assigned to personalities deemed fundamental in shaping Mexican culture. In this sense, Roemer’s case brings to light the rich history of individual Jews — businessmen, journalists, artists, writers — who have been actively engaged in the country’s public life. But this prominence needs also to be negotiated with the everyday insularity of Jewish communal life: More than 90% of Mexico’s 50,000 Jews attend Jewish schools, and more than 95% marry within the faith; in a country beset with crime, many of the community’s members live under tight home security and socialize largely with co-religionists under the protective roofs of communal institutions.

But when it comes to voicing its concerns, the community has an undoubted capacity to mobilize. The Central Committee, an organization whose main role is to act as a lobbying group and a protective umbrella for the community, issues press releases in times of crisis and has an ongoing and friendly relationship with the Mexican Government. Its leaders meet with the president of Mexico annually. There are also at least four Mexican Jewish news outlets that project a Jewish spin on national and international affairs. (One of them, Enlace Judío, has more followers on Facebook and Twitter than the Forward.)

It was this mixture of protection, insularity and empowerment that allowed Mexican Jews to feel safe in publicly targeting Roemer as a kind of communal Judas. They assumed he was the man on the scene at UNESCO headquarters in Geneva who played the decisive role in determining Mexico’s vote.

But on October 14, an email obtained by Enlace Judio, disclosed that Israel’s ambassador had praised Roemer for walking out of the room when the vote took place rather than cast it himself, leaving the task to a delegated underling. Still, some questioned why Roemer, given his public standing, had not just resigned as a matter of principle.

“The fact that he remained in his post and delegated the vote to his subaltern seems to me like an act of cowardliness or complicity,” wrote Alberto Mansur, a lawyer, whose comment was shared extensively on social media.

In fact, Mexico has supported Jerusalem resolutions of a similar nature that have regularly come before UNESCO for the past six years. Roemer, at the point of the most recent vote, had only been in the UNESCO post for two months. A second Enlace Judio article, published on October 17, showed that the order on how Mexico should vote came to Roemer directly from Mexico’s secretary of foreign affairs.

In the face of all this, communal consensus shifted. But in a blistering response on his Facebook page, Roemer’s son, Alejandro Roemer, said bluntly, “In these last days, the Mexican Jewish community has shown the anger and rage with which it can turn against itself.”

Saying he admired his father “now more than ever,” Alejandro Roemer went so far as to compare him to Alfred Dreyfus, the Jewish French Army captain falsely accused of spying in what became a late 19th-century cause célèbre.

“All proportions kept, I cannot help but notice the similarities with a community that now turns against one of its members and with a government [that] opportunistically sacrifices a quality public servant so as not to face its own diplomatic mishaps,” Alejandro Roemer wrote.

Meanwhile, to some in the Mexican media, the government’s sudden change of heart after the community’s outcry seemed yet more proof of the country’s lack of diplomatic tact — this, a month after Mexican President Enrique Peña Nieto’s controversial invitation to Republican Presidential nominee Donald Trump caused plenty of furor.

Julio Hernández López, a prominent columnist for the left-leaning newspaper La Jornada, called it a “dishonorable episode.” Roemer, he wrote, had come into conflict with the “very influential Jewish community,” which necessitated his departure. The columnist publicly rued the secretary of foreign affairs’ decision to then change Mexico’s vote to comport with “the Israeli position.” Hernández also repeatedly put Roemer’s title in quotation marks, suggesting that he was not representing the country for which he was working.

For all the commotion, the man at the center is already looking forward. According to sources, Roemer is back in Mexico preparing for the City of Ideas, which will take place later in November and include such guests as Adam Gopnik and comedian Maz Jobrani.

Roemer hasn’t granted any interviews, so the City of Ideas stage will be his first public appearance since the controversy erupted. But then, Roemer is never out of the spotlight for too long. 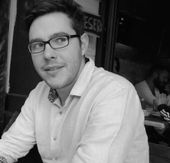