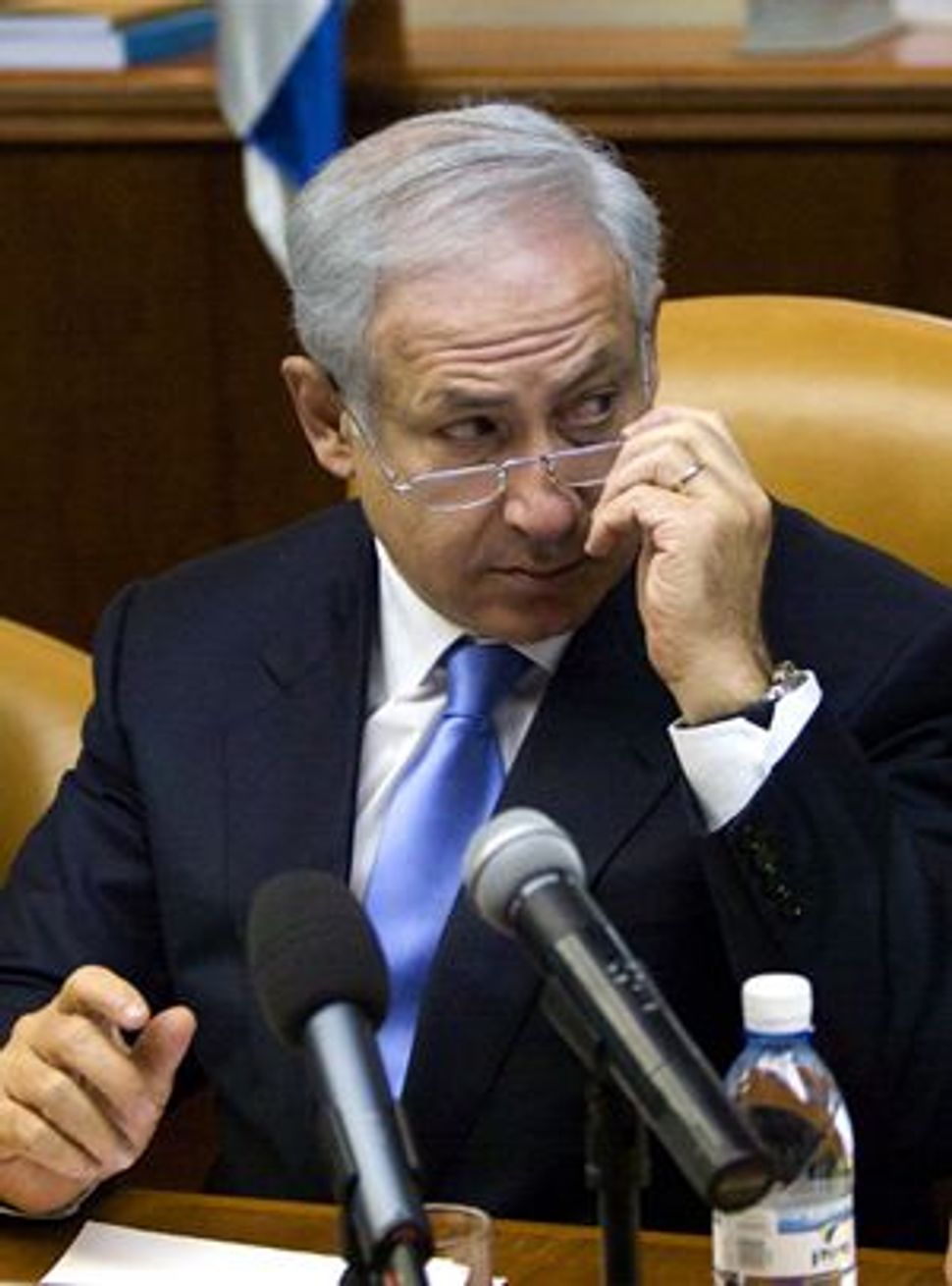 It’s not every day that a prime minister who squandered his first term gets a second chance. Between 1974 and 1977, the inexperienced and anxious Yitzhak Rabin stumbled and failed, bringing to an end 29 years of Labor rule in Israel. Fifteen years later, he returned to power, vowing not to repeat his past blunders. His second term, until it was aborted by his assassination, was remarkable: It brought a breakthrough with the Palestinians, a revolution in the treatment of Israel’s Arab citizens and improvements to the nation’s education system and infrastructure. 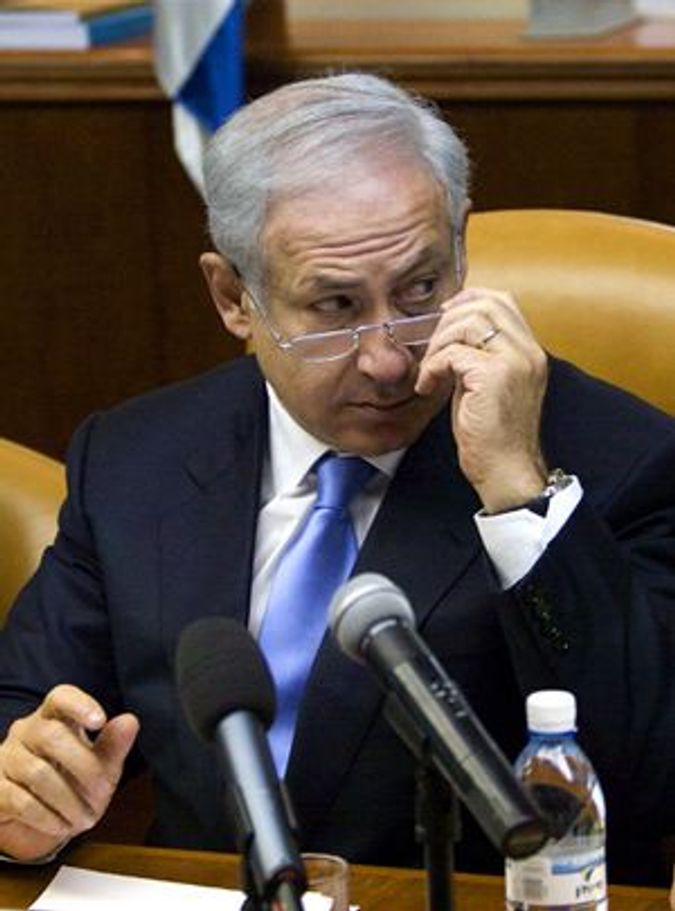 Now it’s Benjamin Netanyahu’s turn to try to redeem his reputation. When the newspaper Yediot Aharonot asked 20 political experts to rank Israel’s prime ministers, Netanyahu, who governed from 1996 to 1999, finished second-to-last. Will he now follow in Rabin’s footsteps and enjoy a similarly successful comeback?

Netanyahu’s friends say he has learned from his mistakes. Surely, by forming a broad government — some say too broad — he was trying to avoid the narrow right-wing coalition of his first term, which had so polarized the Israeli public.

But how well Netanyahu can navigate Israel’s treacherous political currents won’t be the only variable determining the outcome of his second term. Factors that are more intrinsic to who he is as a leader will also play an important role.

The conventional wisdom about Netanyahu is that he can be pushed around, that he gives in easily to pressure, that he tends to panic. Some of his decisions in his first term seem to confirm that view. Soon after taking office in 1996, he authorized the opening of a controversial exit to the Western Wall archaeological tunnel, which led to an immediate eruption of violence and loss of life. Later, he gave the go-ahead to the insane (and unsuccessful) plot to assassinate Hamas leader Khaled Meshal in Amman, jeopardizing critically important relations with Jordan.

To his credit, Netanyahu demonstrated an awareness of his weaknesses when he convinced Ehud Barak to join his government as defense minister. With the Iranian threat looming on the horizon, Netanyahu will benefit from Barak’s experience and cool-headedness. This pair goes back to the good old days of Sayeret Matkal, Israel’s legendary elite commando unit, when Barak was the commander and Netanyahu a crew leader (Netanyahu’s brother Yoni was the unit’s commander until he was killed in the raid on Entebbe). Netanyahu doesn’t have to address Barak as “sir” anymore, but surely he feels better with his onetime superior officer at his side.

Another key factor in shaping Netanyahu’s term will likely be ideology. Some see political motives behind Netanyahu’s hard-line rhetoric, but he is actually a true believer.

His views were shaped in part by the towering presence of his father, Benzion Netanyahu, a world-renowned expert on the Spanish Inquisition (a subject that lends itself to a dark view of Jewish history) and a harsh critic of any concession to the Arabs. “There is no Palestinian people, and you don’t create a state for a fictional people,” the prime minister’s 99-year-old father explained in a recent interview with the Israeli daily Ma’ariv.

Netanyahu’s own core beliefs are on display in his 1995 book “A Durable Peace: Israel and its Place Among the Nations.” He makes clear to readers that he views a Palestinian state as an existential threat to Israel, unless fundamental changes occur in Arab attitudes toward the Jewish state.

This, though, would require a lot of time, and the Obama administration doesn’t seem interested in waiting. Washington is already signaling its impatience with Netanyahu’s reluctance to embrace the concept of a two-state solution.

Does this mean a head-on collision between Washington and Jerusalem? Not necessarily. Netanyahu showed with the 1998 Wye River agreement that when push comes to shove, he will compromise to avoid a confrontation with the United States.

What’s more, Netanyahu, who prefers a grand strategy for a comprehensive peace with Israel’s neighbors to piecemeal territorial concessions, might surprise everyone by calling for a regional peace conference, and even latching onto the Arab peace plan. He seems to have fond memories of the 1991 Madrid peace conference, where he was a media star — and he might want a reprise, with himself in the central role of decision-maker.

Another avenue Netanyahu might pursue is negotiating with Syria. According to Yitzhak Mordechai, who served as defense minister during his first term, Netanyahu offered the Syrians — through his friend and envoy, Ronald Lauder — the entire Golan Heights in exchange for peace. It wouldn’t be surprising, therefore, if Netanyahu and Bashar al-Assad emerge one day shaking hands in Turkey.

If he pursues either of these two approaches, Netanyahu’s intention would likely be to put Arab-Israeli relations in a more regional context, thus marginalizing the Palestinian issue. Whether or not this would work is another question.

Israelis, in any case, seem willing to give Netanyahu a chance. Many give him high marks for his accomplishments as finance minister under Ariel Sharon, which enabled Israel to weather the current economic crisis better than other countries. But where Netanyahu has really excelled thus far in his political career is in spreading fear. Israelis today, though, are hungry for hope. Netanyahu’s second term will ultimately be judged on whether he can satisfy their yearning.

Uri Dromi served as spokesman for the governments of prime ministers Yitzhak Rabin and Shimon Peres.