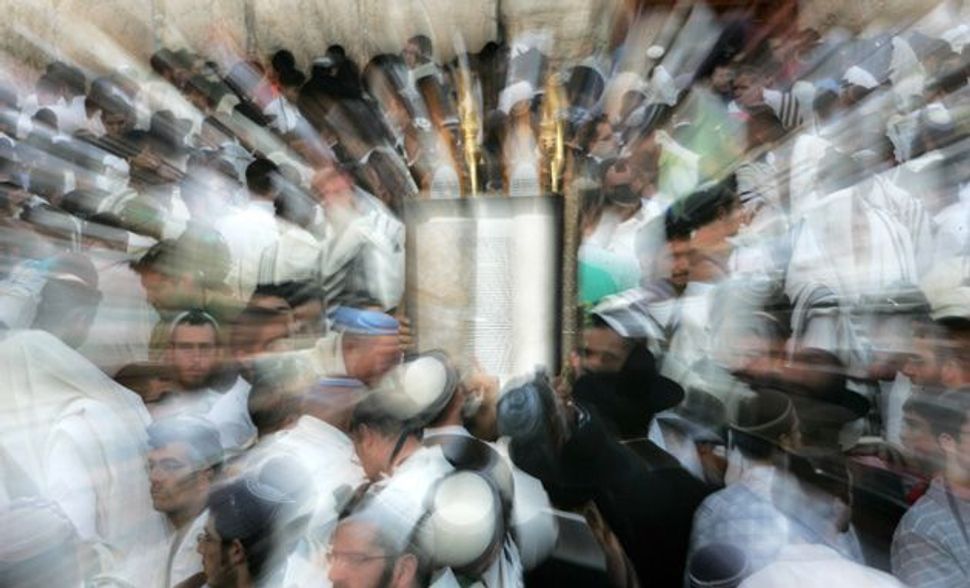 Tikkun olam — perfecting the world — is the belle of the ball of modern Jewish thought. And perhaps it deserves to be.

The Jewish teaching that this planet can and will be transformed into a world of justice, equality, peace and human dignity has had a revolutionary impact on human history. But the coming holiday of Shavuot reminds us of an overlooked though no less important contribution that Judaism seeks to make — namely, a method of how to get there.

For more than 200 years, violent revolution — often aimed at perfecting the world — has been a dominant force in world affairs. Sadly, more people have been killed, hurt and oppressed in the name of equality and progress than ever before in human history. Why did the thrust for redemption go so wrong? The answer is that the method defeated the goals; the ends were subverted by the means.

The Torah offers a very different method of moving toward perfection: covenant (in Hebrew, brit), which means a partnership. More precisely, covenant is a partnership based on a profound relationship (or love) turned into a total commitment (obligation). The primary *brit, *the Noahide covenant, is between God and humanity for the purpose of assuring the increase of life and the achievement of its full dignity. According to rabbinic tradition, on Shavuot the people of Israel committed at Sinai to their own covenant with God. They thereby took on responsibility to set the pace for humanity (“I, appointed you a covenant people, a light to the nations” [Isaiah 42:6]). Jews are supposed to teach the concept of covenant, model the method by living it and work with others to achieve a more perfect world for everybody.

Covenant means that, out of respect, God will not force humans to be good, nor will He magically abolish all the evil in the world. Humans must participate in their own liberation. God will only help those who help themselves.

In a covenant, people pledge to live their lives committed to the goal of redemption — and to working for it responsibly. This means that others should not be coerced, and that the pace of change will only be as fast as humans can go along with it. As partners in a covenant, we acknowledge that God owns the world, so we must not abuse it, and that we are accountable to our partner. Since we are not perfect, we must leave room to judge and be judged in all that we do.

If we follow covenantal process, we will not succeed in transforming the world totally in a single lifetime. That means the partnership must also be between the human generations. We will have to incorporate and respect the work of those who have gone before us — even if we change or improve upon their work. And we will have to depend on future generations to carry the task to completion. To live up to covenant demands memory, commitment, persistence, self-criticism, pluralism and respect for the other.

Shavuot gives us a dialectical reminder every year: We have a messianic vision that we must not abandon or betray, and we have a human, limited method of getting there. Yet Shavuot may be the most neglected of our major holy days. It is a victim of assimilation (and there is no counterpart like Christmas, which serves to make Hanukkah important). It is damaged by misguided religiosity (which plays down the human role in covenant), and it is dismissed by ignorant secularizers (who reject an association with God). The neglect is exacerbated because method — especially a modest, step-by-step approach — is much less magnetic than visions of total transformation.

But Shavuot needs to be taken seriously and put before the people. Decades ago, Mordecai Kaplan proposed that the Jewish people convene and accept the covenant again after a process of democratic consideration and ratification. Can one imagine gathering New York Jews in Central Park — or Seattle Jews ascending Mount Rainier — to reflect on an unfinished calling and commit to it? Moses did it. Joshua did it. Deborah did it. Nehemiah did it.

Rabbi Irving Greenberg is past president of the Jewish Life Network and was the founding president of CLAL-The National Jewish Center for Learning and Leadership.