How Iran’s Hardliners Shot Themselves in the Foot 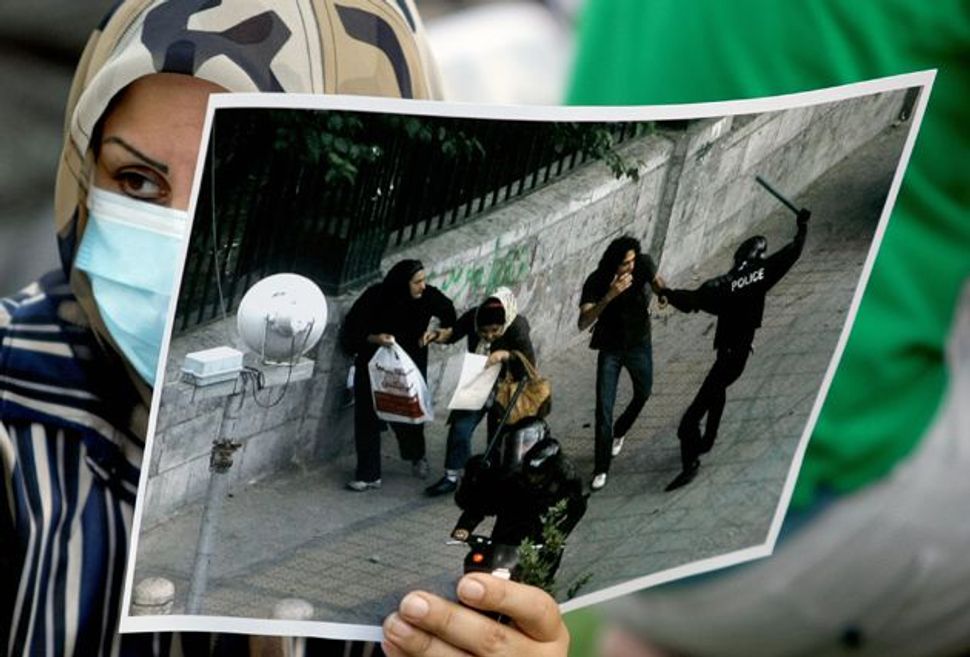 When Iran’s presidential campaign began two months ago, few expected much excitement or voter interest. President Mahmoud Ahmadinejad’s first four-year term had been characterized by increasing repression and an expanded role for the state’s security agencies. The major institutions of the state were firmly in the hands of conservatives and hardliners. The main opposition party initially even had a hard time finding a plausible candidate willing to challenge the incumbent. Yet the election took a surprising turn, and has ended up shaking the very foundations of the Islamic Republic.

Rezai is best described as a pragmatic conservative. Karroubi was associated with the reformist movement launched by former president Mohammad Khatami, but he had long since shed his more leftist leanings and, as parliament speaker, remained silent during the 2001 crackdown on the press, which proved a severe setback to the reform movement. Mousavi, for his part, had been out of the political loop for 20 years by the time of this election, and he had never articulated the kind of vision of a system based on the rule of law and a vigorous civil society championed by Khatami.

In the final weeks of the election, however, something remarkable happened. As expected, Mousavi and Karroubi criticized Ahmadinejad for mishandling of the economy. But they also attacked the president’s truculent foreign policy posture and Iran’s resulting international isolation; they called for greater freedoms, and for an end to the harassment of women and the young by the morals police; they championed the cause of women’s rights; they even criticized Ahmadinejad’s repeated denials of the Holocaust.

These issues were discussed with a candor foreign to Iran’s previous presidential campaigns. For the first time, presidential candidates debated face-to-face on national television, exchanging charge and counter-charge, and leaving viewers mesmerized. Mousavi campaigned with his wife, Zahra Rahnavard, a writer and former university president, at his side — another first in a country where politicians’ wives remain in the background — and she endorsed demands for legal reform and women’s rights that have landed other women’s advocates in prison.

The election unexpectedly became a contest between the champions of the status quo and the proponents of change. While Mousavi lacked Khatami’s charisma, the themes he took up led millions of Iranians to invest in him their hopes for freedom and for a more responsive government.

Four years ago, during the previous presidential election, middle-class voters and the young, dismayed by the failure of Khatami’s reform movement, stayed away from the polls in large numbers. This time, Iranians, particularly women and the young, turned up at Mousavi’s political rallies in droves and enlisted en masse in his campaign.

The enthusiasm for Mousavi as an agent of change clearly alarmed conservatives and hardliners, including Iran’s supreme leader, Ayatollah Ali Khamenei. As supreme leader, Khamenei has always resisted political liberalization, as he did at the height of the reform movement. It was Khamenei who initiated the 2001 crackdown that led to the closure of dozens of reformist newspapers and magazines. Khamenei fears that liberalization, once underway, will spin out of control. And he knows that reformists have, in the past, called for a curb on the supreme leader’s almost unlimited powers.

Khamenei is also skeptical of calls to engage America — a skepticism that is shared by the powerful Revolutionary Guards and the security agencies upon which the supreme leader relies for his continued hold on power. Hostility to America and standing up to “the Great Satan” have become pillars of hardliner ideology; any normalization of relations would rob hardliners of a convenient bogeyman. They fear that the trade, investment and tourism that would follow restoration of diplomatic ties would result in unwelcome changes at home.

If there is engagement with America, Khamenei wants to control it. In Ahmadinejad, he has a willing collaborator. In Mousavi, he might have had a president with a mind of his own.

These considerations may explain the decision to manipulate the election results — and the available evidence points to the conclusion that the results were, indeed, falsified — in order to give Ahmadinejad an undeserved victory.

Khamenei initially endorsed these results and described them as a “divine blessing.” He and his advisers, evidently, did not anticipate the outrage of Iranians who believe the election was hijacked.

Now, in the face of the outpouring of popular protest, Khamenei has called on the Council of Guardians, a body of senior clerics and jurists, to review allegations of election irregularities. This is vintage Khamenei: He pretends to stand above the fray as an honest broker between the political factions. But his interventions during political disagreements in the past were designed to mollify the opposition, even as he delivered victories to the hardliners.

On this occasion, too, Khamenei may be playing for time, anticipating that the protests will die down in a few days, allowing the Council of Guardians, hardly a neutral body, to tweak the vote count while still declaring the re-election of Ahmadinejad legitimate and binding.

Such an outcome, however, will not assuage Mousavi’s supporters. Their chant is “Where is my vote?” And they will not be satisfied until they get an answer.

The irony of all this is that Mousavi actually did not necessarily pose a fundamental threat to the status quo. Certainly, he would have softened the tone of Iranian foreign policy, reverting to the type of presidential rhetoric that preceded Ahmadinejad’s term in office. And even Khamenei himself has not ruled out engaging America, so long as it is done on his terms. In any case, Iran’s nuclear policy is set by the supreme leader, not by the president. Moreover, easing of social, press and political controls of the kind envisaged by Mousavi would have been limited in scope. Yet the hardliners persisted in the belief that any relaxing of controls would be the thin edge of the wedge that would destabilize the whole system.

As a result of the anger unleashed since election day, Khamenei now faces a serious dilemma: If he allows peaceful demonstrations to continue, they could escalate, making demands for change unstoppable. If, on the other hand, he and the security forces decide on a crackdown, as is likely, it could prove bloody and cost the regime both domestic and international legitimacy. Either way Khamenei and the forces of the status quo will have suffered a serious, and self-inflicted, blow.

To nullify the elections and hold a new ballot, as Mousavi and Karroubi demand, would be almost unthinkable for Khamenei and the hardliners, as it would constitute an admission of massive fraud by the government. Yet the regime must now reckon with a galvanized public demanding change. It can, once again, try to silence this demand. But successful repression will mean a younger generation of men and women disillusioned with politics and shorn of the belief that they can bring about peaceful change by participation in the political process.

For Iran’s leaders, the long-term costs of such dashed hopes could prove to be considerable.

Shaul Bakhash is a Clarence Robinson Professor of History at George Mason University. He is the author of several books and articles on Iran.

How Iran’s Hardliners Shot Themselves in the Foot