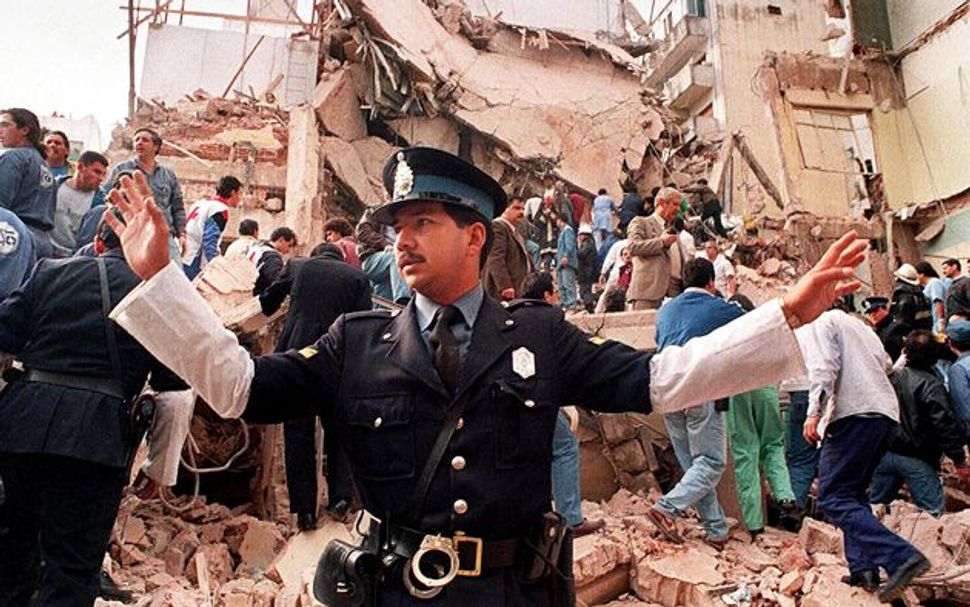 On July 18, 1994, terrorists bombed the Argentine Israelite Mutual Association building in Buenos Aires, killing 85 and wounding 300. Since then, we have learned that the bombing was carried out at the behest of key leaders of the Islamic Republic of Iran.

Now, as we mark the 15th anniversary of that devastating assault on the heart of Argentina’s Jewish community, a confluence of events makes Iran’s growing influence in Latin America all the more menacing. It does not require a great leap of imagination to predict that the current election-induced unrest in Iran might yield more terrorist attacks thousands of miles away.

With each passing year, the sponsors and perpetrators of the AMIA bombing grow more and more confident about getting away with their terrorism. From the start, there have been failures on so many levels to bring about justice in the case. Fifteen years is too long to wait, but we must also never give up because the wait is long.

Argentine state prosecutor Alberto Nisman has done courageous work in pursuit of those responsible for the attack. Three years ago, Nisman issued a report which concluded that Hezbollah, the Lebanon-based Shiite terrorist group, was behind the AMIA bombing. And, as we all know, Iran is behind Hezbollah. Over 800 pages, the Argentine prosecutor explained how Iran’s president at the time, Ali Akbar Hashemi Rafsanjani, and other officials used Hezbollah to kill Jews in Argentina’s capital. This was a major investigative breakthrough.

Yet even as Iran has stymied efforts to bring the perpetrators of this attack to justice, it has continued to expand its influence in Latin America. Tehran’s many friends and supporters in Latin America now include Hugo Chavez of Venezuela and, thanks to Chavez’s introductions, the leaders of Ecuador and Bolivia. Also through Chavez, Nicaragua is now once again allied with Iran.

The region took a decidedly dangerous turn when Chavez enlisted these leaders in his alliance with Iran. Venezuela and Bolivia are sending uranium to Iran, according to an Israeli intelligence report obtained by the Associated Press. And Western officials have expressed fear that Hezbollah is establishing a beachhead in Chavez’s Venezuela. The region’s sometimes porous borders mean that once Hezbollah-affiliated terrorists establish a presence in one Latin American country, they are relatively free to travel to others. With easy air travel from Tehran to Caracas, it’s no wonder that Latin America has come to be viewed as a potential launching pad for terrorist activities.

The danger posed by Iranian meddling in Latin America should not be underestimated. The United States must team up with our Latin American partners to combat the growing threat of Iranian-inspired and -funded terror.

When the AMIA building was bombed, the world was shocked. Since then, mass-casualty terrorist attacks have become pervasive. The AMIA attack portended others, but we didn’t listen to the warning siren.

Each terror attack unanswered by the rule of law, and every terrorist not held accountable for his crimes against humanity, ratchets up the level of violence. The building blocks for future attacks are now being assembled. We must dismantle them. The AMIA bombing anniversary is a good time to start.