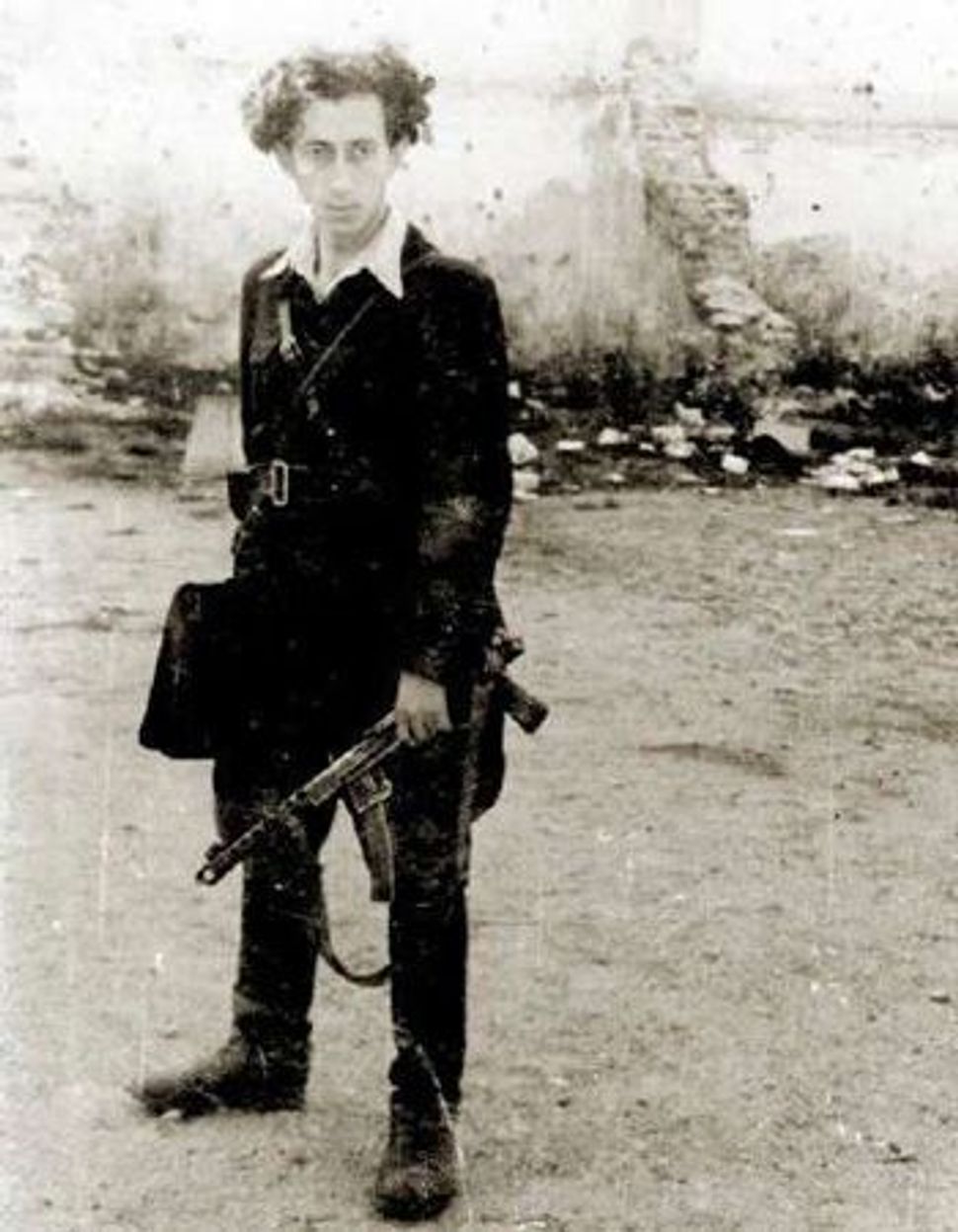 When I was 10, my father recommended a movie called “Where Eagles Dare,” the story of a few Allied soldiers who go behind enemy lines during World War II and wreak incredible havoc. When I asked if it was any good, my father just gave me a look. “Four guys kill like a thousand Nazis,” he said. “It’s one of the best movies ever made.”

In those years, my father, judging war films, used a Nazi-to-American kill ratio: If a lot of Nazis died, the movie was good; if those Nazis were killed by just a few Americans, the movie was potentially great.

This second criterion had everything to do with the fact that we were Jews, therefore members of a community small in number but gaudy in incident. In this way, the commandos in the Hollywood epic — I’m thinking of “The Dirty Dozen,” among others — were a stand-in for Jews as a whole. A few of us killing a lot of them — it’s a satisfying fantasy.

I’ve thought a lot about this since the release of “Inglourious Basterds,” the revenge fantasy we’ve been working toward for the last half-century. Like all masterpieces, Quentin Tarantino’s movie shows where and why other artistic expressions of this fantasy — some being very good novels and films — have failed: Simply put, they were not crazy enough, nor wild enough, nor did they go far enough.

Movies like Ed Zwick’s “Defiance,” which chronicles the exploits of Jewish partisans in occupied Poland, are crippled by their adherence to the real-life particulars of the Second World War. From the moment such a film starts, you know how the bigger story will end: The ghettos will fill and empty, the box cars will rattle down the track, the chimneys will send up plumes of black smoke. No matter how you subtract the numbers, you always wind up with the same answer: six million.

“Inglourious Basterds” succeeds as fantasy because Tarantino, who does not know better, broke every rule. (The funky spelling in the title is a warning of coming trespass.) The plot unfolds with a pleasant sense of shock — you keep expecting him to swing back and rejoin the historical narrative, but he instead keeps on, past every decency, into the black book itself, where he re-writes the most terrible moments of history, culminating in the ultimate money shot: a big, heavily armed Jew, a mountain Jew, the big Yid of yore, standing over the Führer, raking his face with machine-gun fire.

Off the charts on the Herb Cohen Nazi-to-American kill ratio, the greatest scene ever filmed, the meaning of Hollywood, why Jack Warner quit Youngstown and moved out West, though he never knew this himself.

Like all good fantasies, it works because the real world remains visible — the dream diverges, but not entirely. Simply put, there were Jews not very unlike the Jews in the movie. I wrote about a group of them in my 2000 book “The Avengers,” the story of the poet-partisan Abba Kovner, who, in the last days of the Second World War, trained a unit of Jewish partisans to kill as many Germans as possible. Plan A, which fortunately failed, was to poison the water system of a German city. Plan B was to poison the bread served daily to members of the Nazi SS being held in a prison camp awaiting prosecution for war crimes. Hundreds were hospitalized as a result, though none died.

The Inglourious Basterds are the fantasy; the Avengers were the reality. Here’s what they had in common: Both wanted to kill Nazis, both were unshaven and ragged, both were wholly unbelievable and thus often not believed in.

More interesting are the points of difference, for therein lies the answer to a great mystery: How do you continue on after the world has fallen?

For starters, Kovner did not want to hunt and kill Nazis one by one. The war had made him crazy, and in his crazed, war-ravaged mind, he believed Germans were not entitled to individualized deaths — I see you, you see me, you beg for your life, I shoot you, then you die. He believed Germans should instead be killed at random, en masse, from an emotional remove, as Germans had done to Jews.

What’s more, in its Hollywood incarnations, Jewish revenge is carried out or enabled by a righteous goy. In Tarantino’s case, this is Aldo Raine, the American lieutenant brilliantly played by Brad Pitt. But Kovner believed Jews, led by Jews and leading Jews, must take their own revenge, must carry out the retribution that God Himself, were there a God (Kovner became an atheist in the war), would have carried out. It was a point of revenge — not merely to punish the Germans but to rehabilitate the Hebrews. The Avengers would kill their way back to life, in the process leaving a marker for future generations: This is what happens if you…

“Better to die as free men fighting” — that’s how Kovner put it at the start of the war. By the end, he might as well have said: Better to kill as dead men living.

Following the war, Kovner returned slowly to life, accepting that the world had not ended and history would go on. In these months, he did something so miraculous it’s never been caught on film. He changed. He grew. He did not give up revenge so much as alter it’s meaning. He never publicly spoke of plans A and B. For him, victory would be measured not by the death of Germans but by the existence of Jews. Survival is the best answer to annihilation. As Kovner himself said, “Every Jewish town that thrives in Israel, every child that is raised, every tree that is planted — that is our revenge.”

Or, as Herb Cohen put it, “I’m here, watching a movie. Where the hell are the Nazis?”

Rich Cohen is a contributing editor at Vanity Fair and Rolling Stone. He is the author of several books, including “The Avengers: A Jewish War Story” (Knopf, 2000) and, most recently, “Israel Is Real: An Obsessive Quest to Understand the Jewish Nation and Its History” (Farrar, Straus & Giroux).