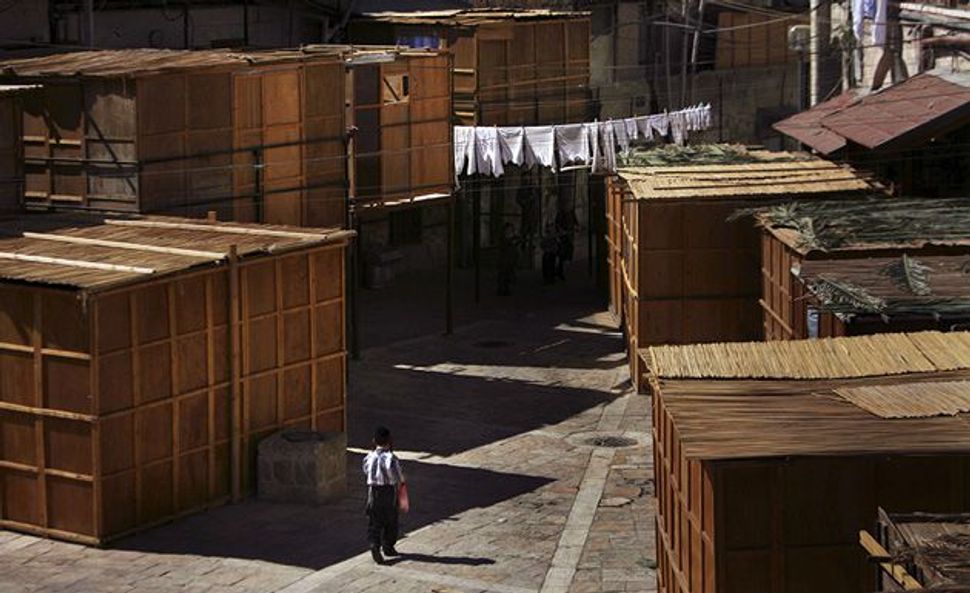 Clergy sin, but they rarely advocate sin. There is an apparently apocryphal story about the famously reticent President Calvin Coolidge: Upon returning from church and being asked by his wife what the preacher spoke about, Coolidge is supposed to have answered “sin.” His wife persisted: “What did he say?” “He was against it,” Coolidge replied. This seems entirely too one-sided. It is time to say something on behalf of sin.

Not just any sin, of course, but in particular, an aveirah.

Aveirah is the Hebrew equivalent of the English “transgression,” both denoting the crossing of a boundary. But while the term aveirah is usually used — like the word “sin” — to refer to the violation of a divine commandment, its roots are more complicated than the type of transgression condemned in the story of Coolidge’s pastor.

In the Torah, Abraham is the first individual called “ivri,” which we translate as “Hebrew,” but which the rabbis tell us means oveir — “who crossed over.” All of humanity stood on one side of the spiritual divide, and Abraham on the other. In other words, the great creative act of Jewish origins was an aveirah.

Life is a function of boundaries. Each of us is confined by rules, borders and sharply etched lines. But life is also a function of crossings; not only confinement but expansion. Not just walls, but windows. A Talmudic rule teaches that the person who places the door in an unclaimed house owns the house. Carving a passage in and out creates the home. We think of a home as a place in which you dwell. But the Talmud reminds us that it is not a home unless you can cross back and forth over the threshold.

Crossings change us. The Israelites are slaves. Crossing the sea, they emerge as a free people. In the book of Joshua the people crosses the Jordan and it is no longer a nomadic tribe, but a nation prepared to live in the land. Crossings shape individuals as well. After Jacob wrestles with the angel, he crosses the River Jabbok. Jacob ceases being just Jacob; he crosses as Israel. Not immersion in the water but passing through it, transgressing, marks the people Israel.

During Sukkot we move from the boundary of our regular homes to the sukkah. We cross to a place of fragility and ephemerality — the sukkah is built to be temporary. In life we seek certainty, stability and permanence. When we cross the boundary to the sukkah, it is both physical and psychological: We live in a new place, and the place will not endure.

The sukkah recalls the booth we built in the desert, during the great crossing from Egypt to Israel. It reminds us that the pivotal moments of our people have been boundary crossings. When God comes to Abraham, the first command is “Go!” Abraham must go to a new place, a different place, one that he has never seen. He must understand that boundaries are to be traversed in order to proclaim a new idea, one that will change the world. That is how he becomes an ivri.

A people built on transgression has to define for itself which crossings are expansive and growthful and which sinful. Some boundaries shape our lives, and others simply restrict them. Some of the sweetest surprises of life are the explorations, relationships and experiences that at first seemed impossible.

What is true for us as individuals can be true for us as a community. As a people we move into the sukkah and wonder: If our lives change so radically this week, what else can change about us? What lines have we drawn in the sand, mistakenly assuming that we can never change?

The original sukkot held a people who wished to go back to Egypt because crossings frightened them so much. Today, in a time of constant technological innovation and social fluidity, there is an impulse to believe that every transgression is sinful, every aveirah is to be condemned.

But we are a people of many crossings, whose spirit has reinvented itself in each new age. The world demands the shoring up of some boundaries and the shattering of others. May we transgress well — and choose our aveirot wisely.

Rabbi David Wolpe is the rabbi of Sinai Temple in Los Angeles. He is the author, most recently, of “Why Faith Matters” (HarperOne, 2008).