Menu
HomeOrthodox Ought To Lead The Search for a Solution

Jews often describe themselves as having a responsibility to work toward tikkun olam, the repairing of the social problems and ethical shortcomings of our time. To many Jews this is a familiar concept on both a private and communal level, but it takes on an entirely new meaning with the modern State of Israel.

The question before us here is to what extent we have a responsibility, as a Jewish democratic nation, to pursue tikkun olam on a countrywide scale.

In recent months, Israel has been faced with an opportunity to prove itself truly committed to this ideal. Waves of Sudanese refugees have been arriving weekly at the Israeli border. They hope to find in Israel the assistance and dignity denied them in their native Sudan, in Egypt and anywhere else in Africa or the Middle East.

Making their own exodus from war-ravaged Darfur, the Sudanese arrive by foot along our biblical pathway from Egypt via Sinai. And now we, the ancestors of desert wanderers, are forced to confront the true test of our Torah-guided ethic and tikkun olam philosophy: its application.

The solutions being offered here to the Sudanese refugee influx run the gamut. There are those who advocate absorbing the nearly 1,200 refugees into Israel, and those who would see them deported back to Egypt, as Israel did to 50 Darfur refugees last month.

Locating a realistic and just solution to this crisis is an immediate priority, one that should be approached by the State of Israel in a Jewish way. But who can provide us with the proper Jewish guidance in this exceptional situation?

Theoretically, this is the job of the Jewish state itself: the Knesset, the government and the courts. Practically, however, we have enough evidence to predict that these institutions will not try to approach the problem — or almost any other problem — from a uniquely Jewish perspective.

The routine Israeli practice will be, at best, to copy what other Western countries are doing: the Americans to the Mexicans, the Spanish to the North Africans and the Australians to the Indonesians. But what about tikkun olam?

In beginning to address this issue, we must recognize that the Jewish relationship to “the stranger” is clearly defined in the Torah. Precedent is clearly set as to how to treat them.

The exodus experience requires us to constantly feel like strangers and reminds us that “you should love the stranger, because you were strangers in Egypt” (Deuteronomy 10:18-19). In addition to the mitzvah to love strangers, love is mentioned only in relation to two other entities in the entire Torah: God and neighbors.

On a basic level, we can see that strangers have distinguished company and that proper treatment and respect of the stranger in our midst is of critical importance. Additionally, the proper relationship between a Jew and strangers is quite possibly the most mentioned legal or ethical issue in the entire Torah, some 35 to 40 times. We are told not to kill far fewer times.

If the biblical message is so strong and clear, then why is it not reflected in the Israeli reality? Why are Jewish ethics and norms largely silent in the Jewish state?

The formative years of Halacha took place primarily when we were in exile; when we were victims of foreign rulers, not ourselves rulers over others. Therefore, only a few precedents exist for how to apply Torah teachings toward non-Jews who seek our protection. Yet with our long history of being the stranger, one might assume a keen Jewish sensitivity toward the plight of the Sudanese.

In light of these two factors, we have an opportunity today to translate both biblical philosophy and our nation’s difficult history into positive action, and to fill some of the major halachic gaps in rabbinic public law.

As to who can lead such a revolutionary move, why not look to the many individuals in Israeli society who are, for all sense and purposes, professionals in Jewish morality and justice?

In no other period in our history have so many Jews engaged themselves full-time in Torah studies. The Jewish state exempts tens of thousands of yeshiva students and religious scholars from army service and helps them financially to maintain their lifestyle as students of rabbinic law.

It is not unreasonable to expect that state-sponsored Torah scholars produce a body of scholarly literature relevant to the functioning of the state. Unfortunately, this has not yet happened, and does not seem to be a priority of any sort for the Haredi community. The daily challenges facing the first Jewish state in 2,000 years have somehow become a non-issue for almost all of them.

Instead of retreating behind the walls of Torah, those learned in our tradition are invited to join the unfolding of the Jewish narrative in our time, one that finds the modern State of Israel at its center.

It is their opportunity and responsibility to rise to the challenge of defining an authentic Jewish approach toward the state, toward its institutions, governance and functioning. If they can begin — in their own language, style and structure — to weigh in on these issues, they stand poised to bring about a halachic renaissance and find themselves in a pivotal position in the navigating of our people’s future.

The road to making Halacha relevant to the broader Jewish community — to making its laws and guiding principles helpful to the modern Jewish state — will require much time and creativity. Every day brings a new opportunity to begin moving in this direction.

Today’s problem of how to love the Sudanese strangers who have come to us in search of refuge is one small but critical step toward bringing Halacha into its former place at the center of Jewish ethical discourse.

Yedidia Stern, a senior fellow at the Israel Democracy Institute in Jerusalem, is a former dean of Bar-Ilan University’s Law School. 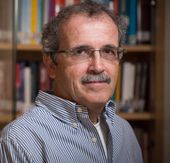 Yedidia Stern is vice president of the Israel Democracy Institute and a professor of law at Bar-Ilan University.