Stopping Iran Must Be the Objective in Iraq 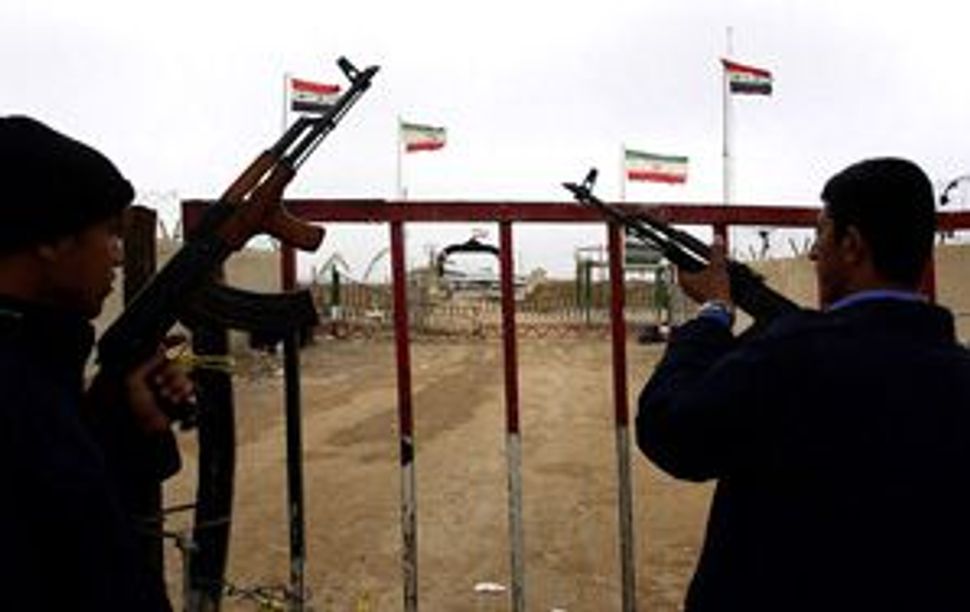 Iraqi guards patrol the Iran-Iraq border east of Basra, as a pair of Iranian flags flutter between those of Iraq

The ongoing discussion in America about ways to reverse the negative course of events in Iraq suffers from the absence of a rigorous analysis of priorities for the desired strategic outcome. Indeed, most of this discussion is still predicated on the need to advance goals that are unattainable and unrealistic. 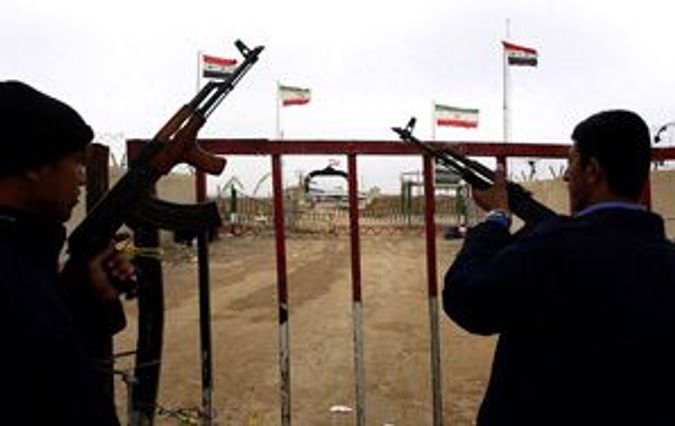 Iraqi guards patrol the Iran-Iraq border east of Basra, as a pair of Iranian flags flutter between those of Iraq

These goals include the stabilization of a democratic government, even as Washington has wisely abandoned its hapless democratization schemes elsewhere in the region; maintaining the flow of Iraqi oil and gas, another area of abject failure; restoring American credibility and deterrent capacity without acknowledging how they were lost in the first place; or, worst of all, enabling an American withdrawal under ostensibly tranquil circumstances, regardless of the regional power structure left behind.

What the United States, as well as the moderate Sunni Arab bloc, Israel, Turkey and Europe, require of Baghdad more than anything else is that the power structure once again enable Iraq to fill the role of blocking or braking Iranian Islamist expansion westward into the Arab world and Turkey. All other strategic requirements — even the elimination of Al Qaeda or other Sunni terrorist bases — pale in comparison to the damage Iran’s radical Shi’ite regime could do to the region if Tehran establishes a hegemonic presence throughout most of Iraq to match its sway in the Levant over Syria, Hezbollah and increasingly Hamas.

An Iranian-dominated southern Iraq bordering on Kuwait and Saudi Arabia and close to Jordan would, quite simply, radically alter the regional balance of power and violently destabilize the Gulf by inciting its Shi’ite Arab minorities. Israel would confront a mortal enemy just one border away. An Iranian-led alliance would dominate the Arab heartland with its strategic energy-supply routes. And all this prior to Tehran’s attaining a military nuclear capability.

Until and unless the objective of blocking Iran is recognized as the highest priority goal for Iraq, the lack of clarity in the American approach will continue to obfuscate the real requirements of the situation. Only when Iraq is restored to its traditional strategic role of blocking Iran can the rest of the picture fall into place: the nature of the Iraqi government, the requirements of American force deployment and the like. And while keeping Iran politically out of Iraq does not bring Iran’s nuclear program to a halt, that task will be rendered easier by negotiation once Iran is quarantined and its ambitions to expand its influence in the Arab Middle East are blunted.

General David Petraeus’ recent report on the “surge” focused on the efficacy of American reinforcement tactics for reducing violence in occupied Iraq. But toward what end? That the current system of government by Islamist gangs-turned-politicians remain?

Indeed, the implication of the Petraeus approach is that a successful counter-insurgency campaign will allow the United States to withdraw from Iraq that much faster, yet without altering the current political setup in Baghdad and thereby abandoning Iraq’s Shi’ite areas to Iranian influence. That means Washington will leave behind a Middle East worse off than in the days of Saddam Hussein, whose sole strategic saving grace was his understanding of the need to hold Islamist Iran at bay.

The same analysis holds for the Senate’s recent endorsement of a federal approach to governing Iraq. Stronger regional governments in the Shi’ite, Sunni and Kurdish areas could conceivably reduce sectarian violence. But the weakening of the central regime based in Baghdad will merely increase Iran’s capacity to make its influence felt in the Shi’ite and Kurdish sectors, which make up two-thirds of the country.

Once the primacy of an anti-Iran strategy for Iraq becomes clear, the next level of requirements for American policy in Iraq also falls into place. This means facing another unpleasant truth: By allowing and even encouraging militant Islamist militias to run in Iraq’s elections, Washington brought about government by bands of thugs, dominated by militant Shi’ites.

Democracy in Iraq has failed and should be dismantled and replaced by what Henry Kissinger has euphemistically called “technocratic, efficient and humane administration.” Or as Ali Allawi, Iraq’s defense minister until 2006, recently put it, now is the time “for order rather than for liberation.”

While a successor secular Shi’ite-majority regime must be cognizant of its obligations to all Iraqis, the primary criterion for determining the composition of the new government from the standpoint of regional and American interests is that it endeavor to stop militant Iranian Islamic political influence at the Iraq-Iran border.

It may be too late to achieve this strategic goal in full. The Bush administration seems incapable of acknowledging the need to dismantle the misbegotten “democracy” it visited upon Baghdad. Then, too, Iraq may be headed willy-nilly toward some sort of semi-federal devolution of powers.

But the success or failure of the policy direction described here cannot begin to be evaluated until the primacy of an anti-Iran strategy for Iraq is recognized. At this stage in the American occupation of Iraq, and in view of the overall failure of the Bush administration’s Middle East policy, it is time for the United States and the region to separate their vital and existential interests from those that are merely important.

Yossi Alpher, a former senior adviser to Prime Minister Ehud Barak and former director of the Jaffee Center for Strategic Studies, is co-editor of the bitterlemons family of online publications.

Stopping Iran Must Be the Objective in Iraq