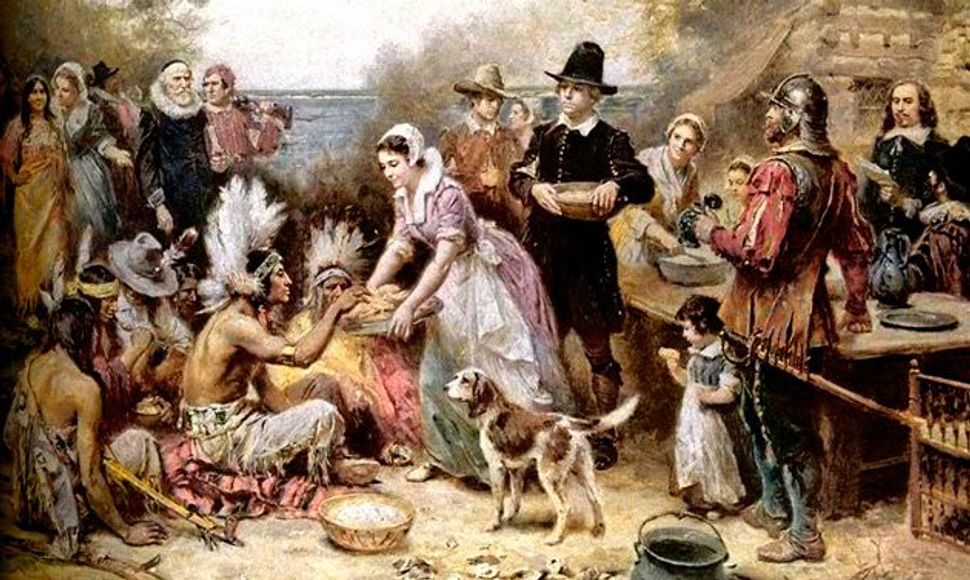 It does so because it is quintessentially American, it is deeply religious without being denominational and it is based entirely on one of the most important, and noble, traits a human being can have — gratitude.

Gratitude is the foundation of both happiness and goodness. Neither happiness nor goodness is possible without gratitude. If all human beings were grateful, there would be little evil in the world.

It says an immense amount about America and its value system that it long ago began, and later officially enshrined, a national holiday just for the purpose of giving thanks.

It speaks to the centrality of God in American history (something many Jews, being deeply secularized, may not be happy about, but which is nevertheless a fact), and it speaks to the optimistic, happy and goodness-producing spirit that has been at the core of what I and others call Americanism.

First, and most obvious, nowhere in Jewish history have we had it is as good for so long as we have had it in America. No individuals or groups have better reason to celebrate Thanksgiving in America than we Jews.

Second, Thanksgiving is the one day of the year in which we Jews celebrate the same religious holiday with the rest of America. By definition, Jews do not share a religion with the non-Jewish majority of Americans. But we do share our God (the God of Creation and the God of Israel) with the Christian majority. And this holiday alone affirms that.

Third, while all Jewish holidays are family-based, the Christian majority has only two national holidays that are family-centered — i.e., holidays in which a multi-generational meal is expected and for which people travel to be with their family: Christmas and Thanksgiving (the latter is the busiest travel time of the year). Obviously, while Jews may honor their non-Jewish friends’ celebrations of Christmas, Jews do not celebrate Christmas. So Jews share with the rest of America only one day a year of a family-based holiday — Thanksgiving. This day therefore joins us with our fellow Americans in a unique way.

True, some ultra-secular Jews may be uncomfortable with the idea of invoking God during the celebration of a national holiday. But even if one is opposed to thanking, or simply cannot thank, God, he should thank fate or luck or his ancestors for moving here, or the founders of this blessed country. Only good can come from having people get together to declare their gratitude as Americans. Indeed, given the overwhelming importance of gratitude in inculcating goodness and happiness in people, Thanksgiving is arguably America’s most important day of the year.

On the other end of the religious spectrum, some among the ultra-Orthodox deem it un-Jewish to celebrate a non-Jewish holy day. But a religious Jew who refuses to celebrate Thanksgiving ought not tell anyone — it would most likely constitute a chilul hashem (a desecration of God’s name before others). Just imagine how it sounds — “We religious Jews refuse to celebrate a day thanking God for our blessings because non-Jewish Americans celebrate it.”

In 1789, George Washington issued the first national Thanksgiving proclamation with these words: “Now, therefore, I do recommend and assign Thursday, the 26th day of November next, to be devoted by the people of these States to the service of that great and glorious Being who is the beneficent author of all the good that was, that is, or that will be….”

What could possibly be un-Jewish about that?

I recall with pride that in my Orthodox parents’ home on Thanksgiving we ritually washed our hands before the Thanksgiving meal and sang the Birkat Hamazon — the grace after meals — afterward as if it were a yom tov meal.

Indeed, Thanksgiving is literally a yom tov, a good day. The best there is.

Dennis Prager is a nationally syndicated radio talk show host and columnist. His latest project is the online Prager University, which can be accessed at prageru.com