America Must Stay Focused on Pakistan 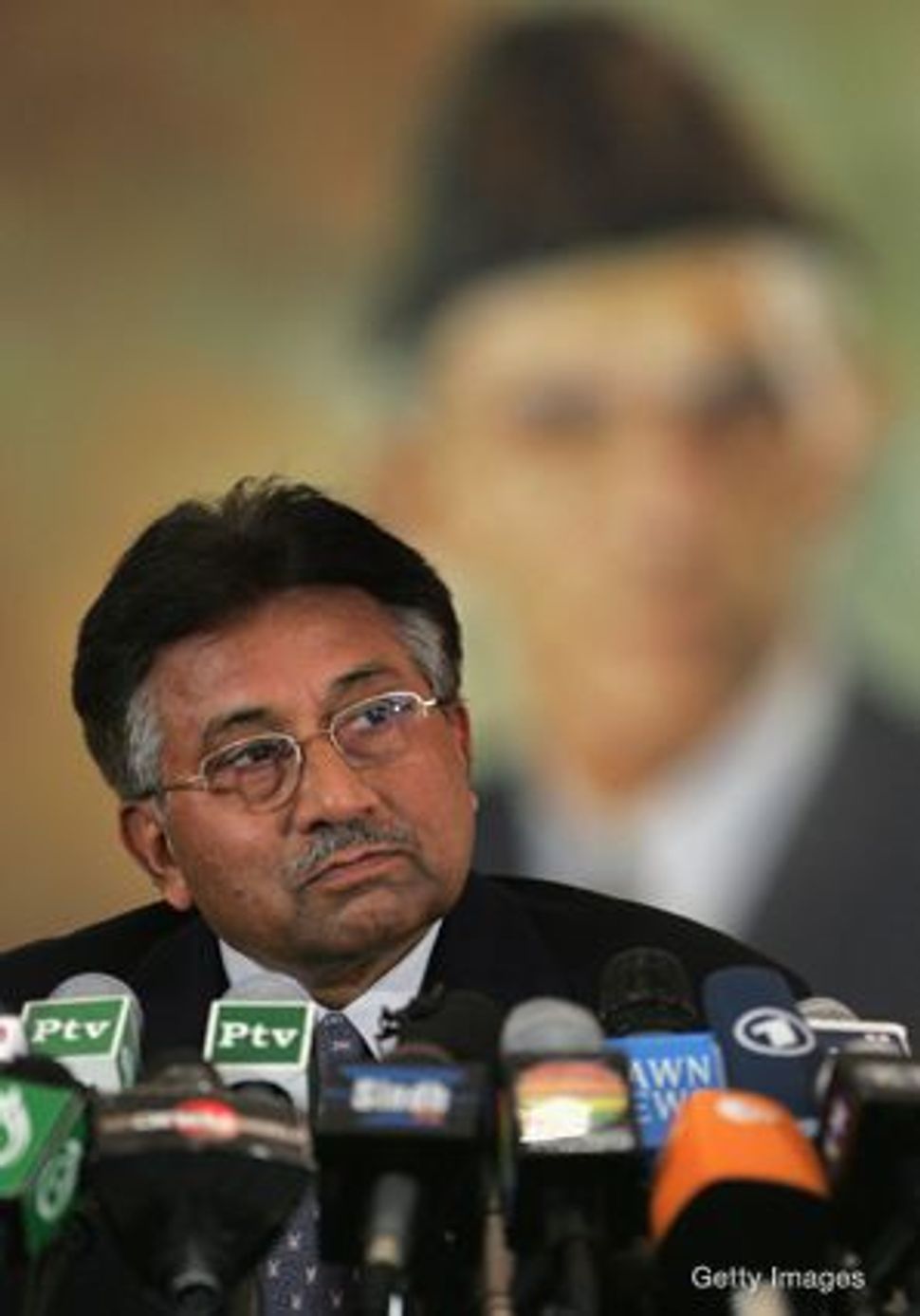 The Israeli-Palestinian conflict has been one of the most tragic confrontations in history, and last week’s summit in Annapolis was long overdue. But coming as it does at the end of a second-term presidency and involving two leaders deeply unpopular with their own people, the renewed peace process is likely to be an exercise in lame-duck diplomacy. 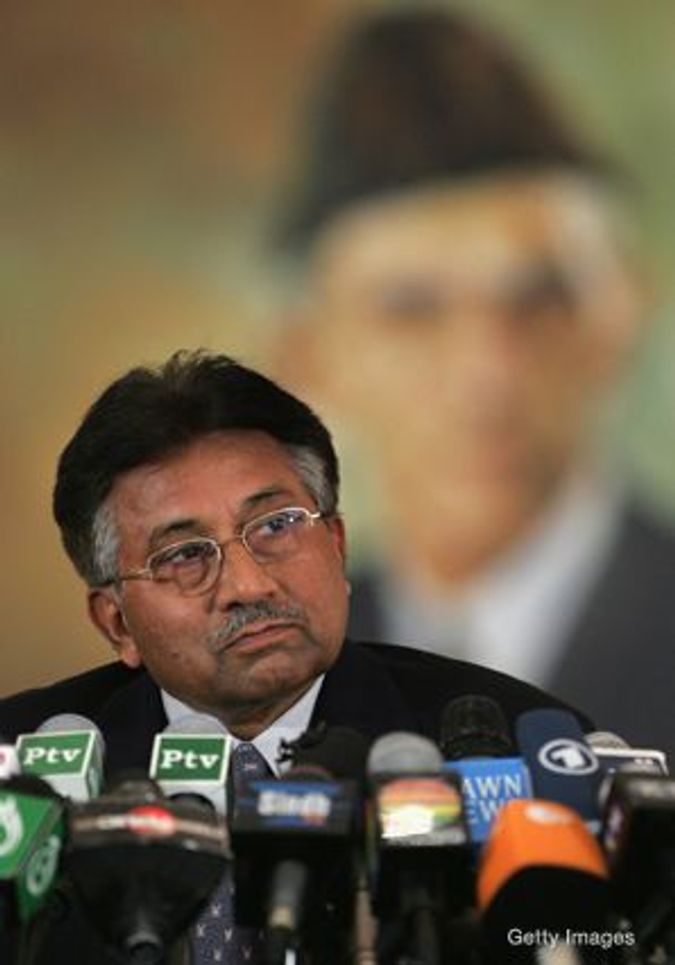 That in and of itself is worrisome enough, but perhaps more worrisome still is that in turning much of its attention to the Middle East, Washington has sharply shifted its focus away from Pakistan — where it was only a few short weeks ago — at a time when the situation in my country is dangerously fluid.

President Pervez Musharraf has now been forced to step down as head of the military, and the two main opposition leaders, former prime ministers Benazir Bhutto and Nawaz Sharif, are refusing to work with him. Musharraf may have decided to lift emergency rule by mid-December, but the effects will continue to be felt for some time. The law and order situation in Pakistan is still very much up in the air, and uncertain times lie ahead.

This is more than just a matter of domestic upheaval. Pakistan is a nation of 165 million people that possesses nuclear weapons, is considered a leader in the Muslim word and sits in a geographically sensitive location: China to the east, India to the south, Iran and the Arab world to the west and Central Asia and Russia to the north.

What happens in Pakistan inevitably has an impact on the entire region — something those in Washington who fancy themselves the defenders of freedom and liberty ought to remember as they watch the endlessly repeated televised images of Pakistani lawyers being beaten by policemen enforcing Musharraf’s emergency rule.

Pakistan was created by M.A. Jinnah, the quintessential lawyer. In 1947 he founded what was then the world’s largest Muslim nation — and he did it within the confines of the law, without ever going to jail or engaging in violence of any kind. Jinnah’s Pakistan was founded on the principles of democracy, human rights, minority rights and women’s rights, and I saw many similarities in Jinnah’s and America’s vision of the world.

As a young boy growing up in Pakistan, I looked up to America, a land of giants who stood up for freedom and liberty. This was a country that produced John F. Kennedy, Martin Luther King, Muhammad Ali and Malcolm X. When Kennedy was assassinated, I mourned. He was not just an American, but a giant of the world who vowed to fight poverty, injustice and send man to the moon.

During the Cold War, Pakistan and the United States were close allies in the fight against the Soviet Union. In 1962 Soviet leader Nikita Khrushchev threatened to nuke Peshawar after it was discovered that a U2 spy plane shot down over the Soviet Union had originated from an American airbase near the Pakistani city.

In the 1980s, when the Soviet Union invaded Afghanistan, Muslims in Pakistan were grateful to their American friends for helping them defend Afghanistan and make the “Evil Empire” bleed. The image of President Reagan at the White House hailing a ragtag group of bearded mujahadeen from Afghanistan was, for me, one of the most enduring images of the Cold War.

So what happened? How has Pakistan degenerated from a Muslim democracy founded on the principles of women’s right and freedom of religion into a military dictatorship with some of the highest levels of anti-Americanism in the world?

Today many Pakistanis contemptuously call their president “Busharraf,” because he is seen as being too closely tied to the Americans. Any movement by the Pakistani army, which receives massive amounts of aid from Washington, is usually seen as being directed by the United States. Pakistani soldiers themselves are starting to rebel by surrendering or refusing to fight the militants.

Militancy in the tribal areas, and increasingly in settled areas like the Swat region, is out of control. Swat has long been a tourist attraction, a peaceful haven that boasts a ski resort. Now, churches and girls’ schools there are being closed. Clerics are deeming businesses un-Islamic and have burned stores selling music.

Security officials there have been beheaded and hundreds others killed. The region’s head cleric has taken over a FM radio station and is broadcasting his message, while the state-run television and radio stations have been shut down by Musharraf’s emergency rule.

The significance of the conflict moving out beyond the remote tribal areas and into settled areas of the country cannot be understated: Militants are moving ever closer to threatening the heart of Pakistan.

To make things even more complex, anti-American sentiment has made its way into the government itself. Earlier this year a Parliament member in Islamabad said that the nation should declare a jihad against Americans everywhere. This was not a firebrand mullah, but a member of the government. This is unprecedented.

Americans should understand that the United States is defeating itself in the fight against terrorism by blindly supporting Musharraf at the expense of true democracy in Pakistan. Musharraf has made the difficult transition from military dictator to civilian president, but it remains to be seen whether the Bush administration’s close ally will be able to hold on to power. Fate, it ought to be remembered, has not been kind to the country’s three previous military dictators: one was blown up, and the other two lived out their last days under house arrest. A Pakistani military dictator without his military is like Superman without his cape.

The United States, therefore, needs to shift the type of aid it gives to Pakistan: more money for health and education programs, and less for guns and missiles that end up being used to kill Pakistanis. And Washington — which is the only voice Musharraf seems to heed — needs to unambiguously make clear to the Pakistani president that he must move toward unfettered democracy.

Musharraf has taken off his military uniform and announced the lifting of emergency rule, but he must do more: prepare for and ensure free and fair elections, reinstate the judges he has sacked, and re-establish a free media and the constitution. Failure to do so may spell the end of efforts on the Afghani border to fight terrorism, and the resulting blowback will be global.

Akbar Ahmed, a former high commissioner from Pakistan to the United Kingdom, is a professor of Islamic studies at American University and author of “Journey into Islam: The Crisis of Globalization” (Brookings).

America Must Stay Focused on Pakistan