Menu
HomeWhat the Women of the Wall Want

One recent afternoon, while I was riding on a gender-segregated bus in Jerusalem, an Orthodox woman told me she didn’t mind sitting in back and out of sight, because it helped the men “keep cleanliness of the eyes.” Her reasoning was familiar to me; it followed a logic similar to the rationale behind a men-only path at the Western Wall that was cleared just two years ago so that men would not have to look upon women as they make their way to the Kotel to pray. It’s no coincidence that Jerusalem’s first gender-segregated buses were for routes going to and from the Wall.

If you want a quick lesson on the growing gender segregation and discrimination in Israel, I suggest taking a look at the policies in place at the Western Wall, which are being constantly revised to deny women equal access at this sacred space. Things have changed tremendously in my 21 years of going to pray with Women of the Wall every Rosh Hodesh.

Women of the Wall is sometimes accused of protesting against the “status quo” at the Western Wall. In fact, there is no status quo at the Wall — things change all the time. Men and women used to enter the Western Wall plaza together through the Jewish Quarter’s Dung Gate; in 1994, separate, gender-segregated entrances were created. Within the past decade, women soldiers were still allowed to sing the national anthem during ceremonies at the Wall — now they are instructed to be content with mouthing the words.

People sometimes ask us: “When will you achieve your goal?” This is a question one asks of a general. A general has soldiers, uniforms and a strategy. With Women of the Wall, we don’t know whether 10 or 100 women will show up each month — though we hope for 10,000. We have no uniforms, as we are a pluralistic group and come from all streams of Judaism. As far as strategy, we are only as bold as our least brave member.

Simply put, our goal is to obtain the freedom to pray and to do everything that is halachically permitted for women on the women’s side of the mechitza. This includes reciting prayers together that do not require a minyan, and, yes, most of all, it includes reading from the Torah. (Though it has been many years since we have been able to read from the Torah in the women’s section at the Wall.) At a minimum, we want to be allowed to pray at the Wall for one hour each month, free of injury and fear. This should not be a provocative request.

If I wanted to mount a provocation at the Wall, I certainly wouldn’t do so by inviting a group of modestly dressed women — most of them devoted Orthodox Jews — to show up early in the morning to pray in a manner entirely consistent with Halacha. That some are provoked does not make us provocative. We have been waking up early to pray every Rosh Hodesh for the past 21 years — this is no fad, no political act. It is done for the sake of prayer.

But given Israel’s current religious climate, anything we do will seem unreasonable. The Ministry of Religious Services apparently feels that even an hour a month is too much. Perhaps the religious authorities believe that the Wall has ears and eyes, and that when it hears our prayers and sees us in our tallitot (which, as directed by the police, we wear like scarves, and not in the traditional way worn by men), it is deeply offended.

To the self-proclaimed guardians of the Kotel, our prayers are seen as an act of desecration. That is why Nofrat Frenkel was arrested this past November after praying at the Wall. And it is why I was recently questioned and threatened with felony charges by the police.

Since the recent controversy, Women of the Wall members have been accused of acting as a gateway to bringing about Buddhist chants and Catholic hymns at the Kotel. This “slippery slope” argument implies that those of us in Women of the Wall are not practicing Judaism, but moving one step further away, in the process ushering in non-Jewish religious services at the Wall.

This is not correct. Our prayer is halachic and allows for the entire Jewish world to partake. We are not the slippery slope away from Judaism, but the path toward greater involvement and inclusion.

We are committed to and inspired by the words of Mordecai to Esther that we will read this coming Purim. He tells Esther not to keep silent, and she obeys, telling Mordecai to assemble all the Jews in Shushan in support. The antidote to silence is action; we are now turning to the whole Jewish world, men and women alike, to help us reclaim the Wall for all Jews. HaKotel l’kulam — the Kotel is for all of us. 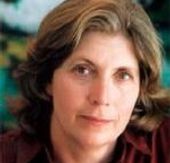