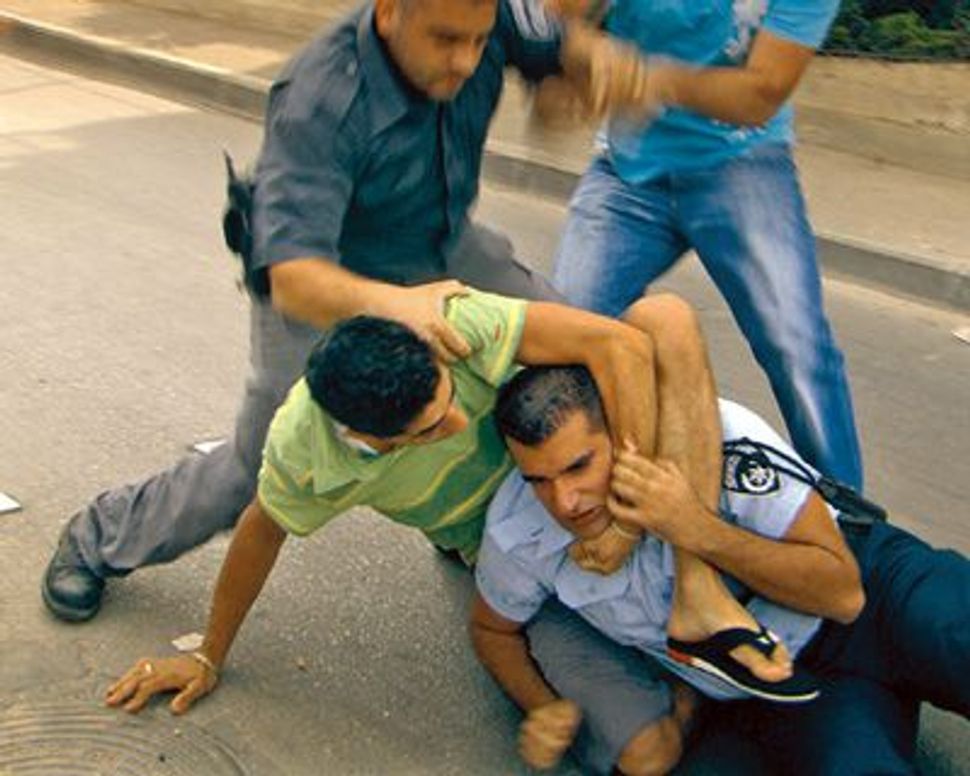 Cinéma Vérité: Three recent Israeli films that have garnered Oscar nominations ? including, most recently, ?Ajami? (above), which is set in a hardscrabble Jaffa neighborhood ? have taken tough looks at Israeli society and history. Image by Courtesy of Kino international

When I was an adolescent growing up in America in the early 1970s, I knew of only two Israeli films. There was the soldier movie — that was Yosef Milo’s “He Walked Through the Fields.” And there was the one about Jaffa’s underclass — that was Menachem Golan’s “Kazablan.” 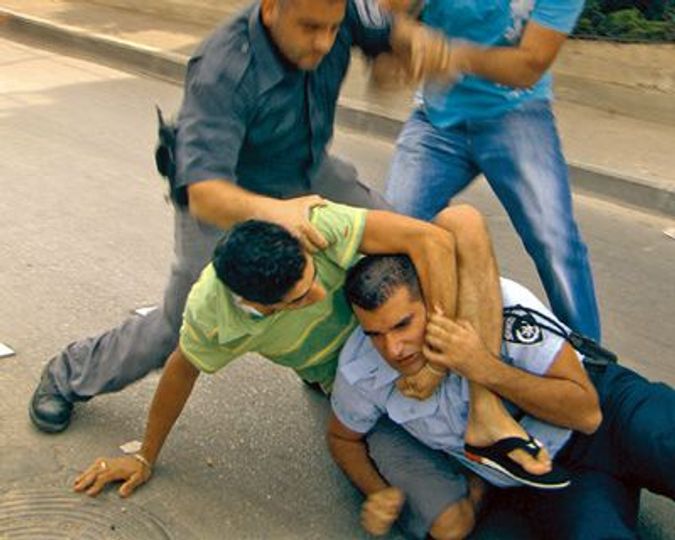 Cinéma Vérité: Three recent Israeli films that have garnered Oscar nominations ? including, most recently, ?Ajami? (above), which is set in a hardscrabble Jaffa neighborhood ? have taken tough looks at Israeli society and history. Image by Courtesy of Kino international

Four decades later, for three years in a row, Israeli films have been Oscar nominees for the best foreign-language film. Of the three, two are soldier films — Joseph Cedar’s “Beaufort” and Ari Folman’s “Waltz With Bashir.” The third is this year’s nominee, “Ajami,” Scandar Copti and Yaron Shani’s saga of the Jaffa underclass.

The easy answer is that the two older films are inspiring and uplifting, while the three new ones are depressing and angst-ridden.

“He Walked Through the Fields,” based on Moshe Shamir’s War of Independence novel of the same name, is a hagiography of Uri, the Sabra warrior. This hardworking kibbutznik and Palmach fighter gave everything for his country and opened his arms to the lost survivors of the European Holocaust (in the literal sense, he opened his arms to Mika, his Polish-born girlfriend).

In “Kazablan,” a whimsical musical based on Yigal Mosenzon’s play, Yehoram Gaon starred as a Sephardi everyman to whom anyone could relate. It managed to make the Israeli ethnic divide seem like fun.

You could understand why these two films got screened at Hebrew schools and Hillel houses. They portrayed Israel as heroic and quaint, proud and united. The men were handsome and rugged and had good voices. The women were loving and dutiful.

Compare those pictures with the grim account of the moral turpitude of Israel’s 1982 invasion of Lebanon in the animated “Waltz With Bashir” and the narrative presented by “Beaufort” of the bloody and ultimately futile attempt to hold on to an outpost that was the most prominent symbol of the Jewish state’s long sojourn on the other side of its northern border. The powerful portrayal in “Ajami” of the impossible choices that poverty, discrimination and tradition force on Jaffa’s downtrodden inhabitants focuses on the “others” who were invisible in “Kazablan” — the city’s Arabs. These aren’t films that are likely to get Jewish adolescents fired up about aliyah.

Hence the common wisdom that the earlier films are affirming and the later ones judgmental, the former Zionist and the latter post-Zionist. But that, of course, depends on what one means by those terms. When a society goes to the movies to look backward, is that positive? When the image of Israel presented by its cinema is of a state that papers over rather than confronts its problems, is that Zionist?

I would suggest that what really separates the older films from the new is their treatment of time. The two older films are nostalgic — they hark back to an idealized past. Notably, they are both acts of homage that return to stories written much earlier by veterans of the Palmach, the elite socialist-Zionist military force of the War of Independence. “He Walked Through The Fields” came out in 1967, as a new generation was grappling with the question of whether the model set by its pioneering fathers and mothers was applicable to a modern, heterogeneous society — one that soon acquired vast new territories. “Kazablan” hit the screen a year after the Yom Kippur War and three years after the Sephardi Black Panthers shocked Golda Meir by not being grateful for the unemployment, poverty and substandard housing that they had been bequeathed by paternalistic Ashkenazi-dominated governments.

In contrast, the three Oscar nominees are all new stories. The first is based on a recent novel, the second has an original screenplay and the third was improvised as it was made. In all three, the past is problematic, not inspirational. In “Beaufort,” it is an albatross that imposes an impossible, deadly and seemingly meaningless task on a group of young men. In “Waltz With Bashir” and “Ajami” time comes completely apart. The former documents the director-animator’s journey into his former deeds as a soldier as he recovers events and scenes he had long suppressed. The film spirals through time until it finds the young Folman firing flares over Beirut to light up the Sabra and Shatilla refugee camps while Lebanese Phalangists slaughter Palestinians. “Ajami” tells the same story twice; in the first telling, the plot moves as if it were guided by fate and melodrama; in the second we see that each of its many murders was the product of human error, sorrow and malevolence — and all entirely preventable.

“He Walked Through the Fields” and “Kazablan” are films produced by a society that was still unsure of itself and that worried incessantly about the image it projected outside its borders. “Beaufort,” “Waltz With Bashir” and “Ajami” are the fruits of an open, intelligent and self-reflective society that has emerged from its insecure adolescence. For all their darkness, they are much greater films than their predecessors, precisely because they portray a fascinatingly fallible and human Israel. That’s a side of Israel that we shouldn’t be afraid of showing to the world — and maybe it will even, on Oscar night, bring home a statuette.