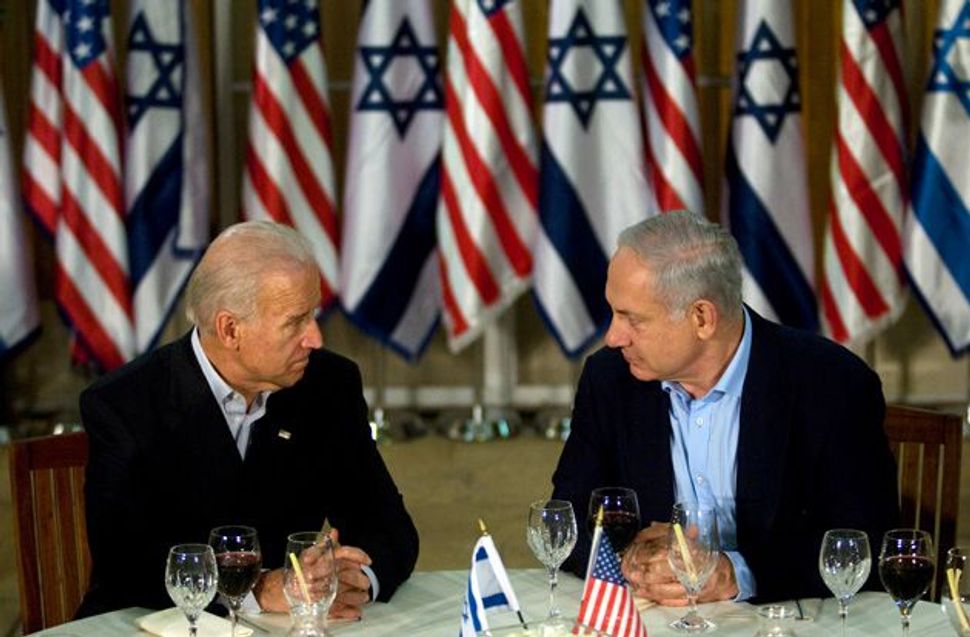 How did things get so bad between Israel and the United States?

New York Times columnist Thomas Friedman puts all the blame on Israel. He cites the decision — announced by the Jerusalem District Planning Committee while Vice President Joseph Biden was in Israel — to build 1,600 housing units in the Ramat Shlomo neighborhood, which is technically on the post-1967 side of the Green Line and therefore, in the Obama administration’s eyes, up for negotiation with the Palestinians. Biden, Friedman suggests, should have responded by packing up and heading home, leaving behind a note that said: “Friends don’t let friends drive drunk. And right now, you’re driving drunk. You think you can embarrass your only true ally in the world, to satisfy some domestic political need, with no consequences? You have lost total contact with reality.”

A similar view came from the mouth of Martin Indyk, a former American ambassador to Jerusalem — er, Tel Aviv. In an interview on Israel’s Channel 2, Indyk scolded Israelis, reminding them “how dependent they are on the U.S.” and cautioning that such behavior toward “Israel’s only true ally” is ill-advised.

Friedman and Indyk capture a rising narrative among American critics of Israel. It goes like this: Israel would be dead without us. We give Israelis so much money, diplomatic cover at the U.N. and other benefits that they should be flexible on the one thing we’re asking for. Give the Obama administration some kind of success it can take back to the American people, especially when it needs it most. “The last thing the president needs…,” Friedman writes, “is to look like America’s most dependent ally can push him around.”

Now for the Israeli side of the story.

Israelis are not taking American friendship for granted. They are begging for it.

Israelis are a sentimental lot. Egypt’s Anwar Sadat laid the groundwork for peace just by agreeing to come to Jerusalem and addressing the Knesset — thus showing Israelis his sincerity in seeking coexistence. Bill Clinton won the hearts of millions in the Jewish state when he uttered two simple Hebrew words at the grave of slain Prime Minister Yitzhak Rabin: “Shalom, chaver.” (Goodbye, friend.) Israelis have proven themselves capable of sacrificing a great deal if they are convinced that America is truly with them, supporting their right to live in peace in their ancestral homeland.

Yet President Obama has been unwilling to convey those kinds of simple signals to Israelis. Whether it was his gaffe on the campaign trail, when he called for Jerusalem to be Israel’s “undivided” capital and then immediately backtracked; or his Cairo speech, where he implied that Israel’s right to exist flows from the Holocaust rather than from the Jewish people’s deep roots in the land; or the fact that he has not bothered to visit Israel since taking office — the president has at every turn signaled to Israelis that he is fundamentally not on their side. The result: Judging from opinion polls, he is probably the least popular American president among Israelis in history.

Israelis are willing to give up lands in the West Bank that are suffused with Jewish history, to dismantle settlements and even to set up a Palestinian state, in exchange for peace and security. Jerusalem, however, is another story. It is, for Israelis, not a settlement to be uprooted. It is the country’s capital (America’s refusal to recognize it as such notwithstanding) and its most populous city. In every sense, it is as much a part of the Israeli experience as Tel Aviv or Haifa. Its Jews outnumber its Arabs by a ratio of 2-to-1. And it has had a Jewish majority since the 19th century. It is the city Jews longed to return to for millennia, the city whose reunification in 1967 is the only thing about the Six-Day War that still unites Israeli sentiment. Building in Jerusalem is not just fully within the Israeli consensus, it is for many Israelis the heart of what Zionism was always meant to be about.

By failing to respect Israeli opinion, the Obama administration has done immeasurable harm to Israelis’ sense that America is a friend upon whom they can rely. For Israelis really are looking for that friendship in every word and gesture that comes from Washington. They expect Americans, who tout freedom and democracy, to honor Israel’s own democracy by respecting the decisions of a government that enjoys broader public support than any in the last 20 years. They expect Americans to realize that for decades, Israelis have been fighting on the front lines of the same war that eventually reached Lower Manhattan. They expect a real friendship, one based not just on perceived mutual interests but on loyalty, respect, common ideals and, above all, understanding.

Understanding does not have to mean agreement. It means recognizing that that while one can pressure Israel in various aspects of negotiations, there will be certain red lines which Israelis are unwilling to cross, and that these are not the sign of a friend “driving drunk.” And it means accepting apologies for the occasional blunder and moving on.

David Hazony is the author of the forthcoming “The Ten Commandments: How Our Most Ancient Moral Text Can Renew Modern Life,” due out from Scribner in September.