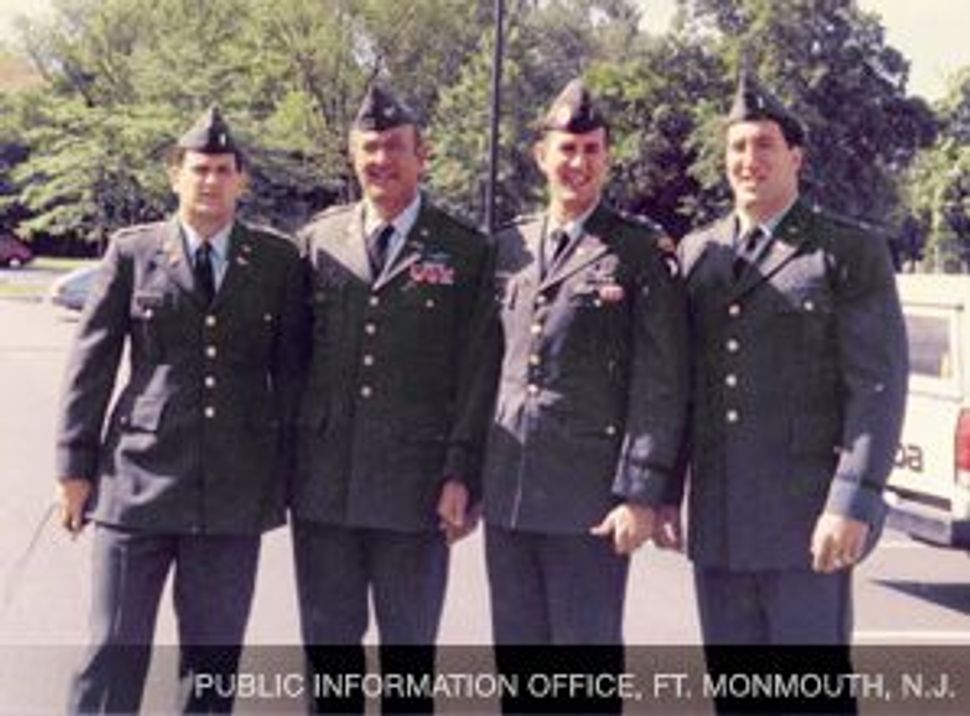 Family Service: Throughout their time in the military, Alan, Benjamin, Dave, and Sid Abramowitz has help from rabbis in keeping Jewish tradition a part of their lives.

In 1916, at the age of 15 and just a decade after landing at Ellis Island, my father enlisted in the U.S. Army. He served with distinction for 35 years, retiring as a lieutenant colonel. 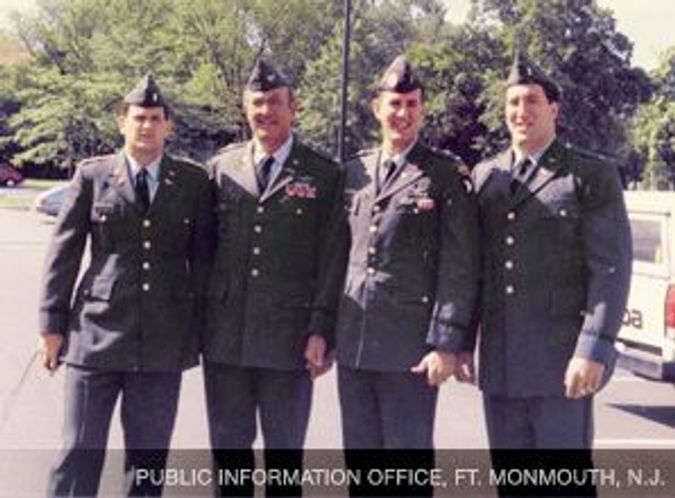 Family Service: Throughout their time in the military, Alan, Benjamin, Dave, and Sid Abramowitz has help from rabbis in keeping Jewish tradition a part of their lives.

After graduating college, I, too, joined the service, taking a commission in the infantry. I served for 28 years, including two combat tours in Vietnam, and retired as a colonel.

My oldest son, Dave, a 1982 graduate of the Air Force Academy and an Army aviator, is now a colonel serving in Iraq. My two other sons served as commissioned officers in the Army Reserve and National Guard, and my grandson Jacob is a third-year cadet at West Point.

For three generations my family has served this country, and throughout it all we have had help from rabbis in keeping Jewish tradition a part of our lives, even when we were stationed away from an organized Jewish community. Rabbis were always available to meet our needs, including providing a Jewish education for our sons. Indeed, it was at a Seder conducted by Rabbi Judah Miller in a church basement outside of Fort Riley, Kan., that I met my future wife.

Unfortunately, I fear my grandson Jacob may not have as easy a time practicing his faith — and for this the Reform movement is much to blame.

According to the Jewish Welfare Board, today there are 29 rabbis on active duty in the armed services. Only six of them are in the Army, and none are Reform. Of the 26 rabbis in the other branches of the military, only three are Reform.

The lack of Reform rabbis serving in the military is not a new problem — it goes back some 40 years — but with an untold number of Jewish men and women deployed to Iraq, Afghanistan and elsewhere around the globe, it is high time the Reform movement honor its obligation to our troops.

The genesis of the problem dates back to the Vietnam War. Prior to Vietnam, the Orthodox, Conservative and Reform rabbinates each met one-third of the military’s requirement for Jewish chaplains. Back then, the Reform movement’s seminary, Hebrew Union College, would not ordain a rabbi if he — there were no female rabbis at the time — refused to serve. When the military requirement was not met by volunteers, physically fit members of the seminary’s graduating class drew lots.

Once the Vietnam War became unpopular, however, Hebrew Union College apparently removed the requirement to serve, and since that time the participation of Reform rabbis in the military has been minimal.

Many Orthodox rabbis do a first-class job as military chaplains, serving not only the Jews in their units but also personnel of other faiths. Some Orthodox rabbis, however, do not have the flexibility that is often needed in military units. Separating men and women at services or not going out into the field on the Sabbath are just two examples where some of the military’s more observant chaplains may not be able to meet the needs of those they are ministering to.

Reform rabbis are well positioned to accommodate the needs of these Jewish men and women — after all, most Jewish members of the military come from a Reform or secular background — but by all appearances the movement’s rabbinical leadership is not particularly interested in encouraging its colleagues to serve. Leaders of the Reform rabbinate recently turned down an offer from the Navy to spend two days aboard an aircraft carrier, where they would have had an opportunity to talk to Jewish sailors and observe how the military works.

The military, of course, is not for everyone. But it is important to remember that those rabbis who do elect to serve are not required to carry a weapon, walk point on a patrol, participate in an ambush or otherwise engage in violent actions.

I know that many Jews have a very negative view of the military and military service. I also know that this view is based on scant, biased knowledge of what is perceived to be a monolithic military culture in which antisemitism is institutionalized. Such stereotypes are belied by my nearly three decades’ worth of experience as an Army infantry officer, and ought to be put to rest once and for all.

Every day American Jews are heeding the call to serve, and they deserve to have rabbis who are trained and motivated to meet their special needs. It is long past time that the Reform rabbinate, too, heeds the call to serve.