At Ground Zero, a Fight We’re All Losing 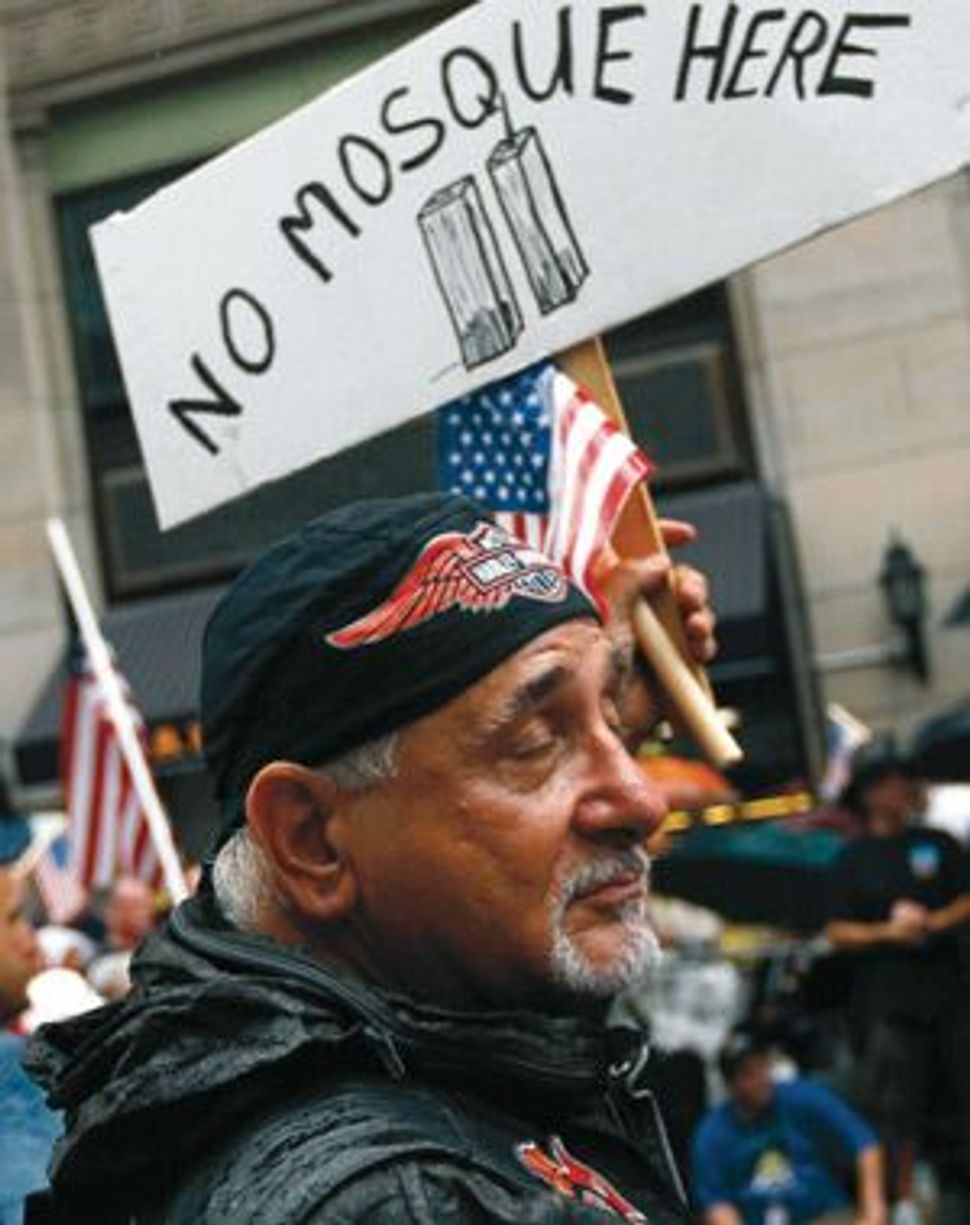 In Opposition: Protesters gathered near Ground Zero on August 22. Image by GETTY IMAGES

Let’s try this: Women wearing a hijab, the Muslim head covering, ought not be allowed to walk on the perimeter of Ground Zero, lest they offend the sensibilities of the survivors of 9/11. And are we not all, in some sense, survivors of 9/11? The deaths there were so random, so pointless in their non-specificity, that all Americans could, and many did, imagine themselves there, then. 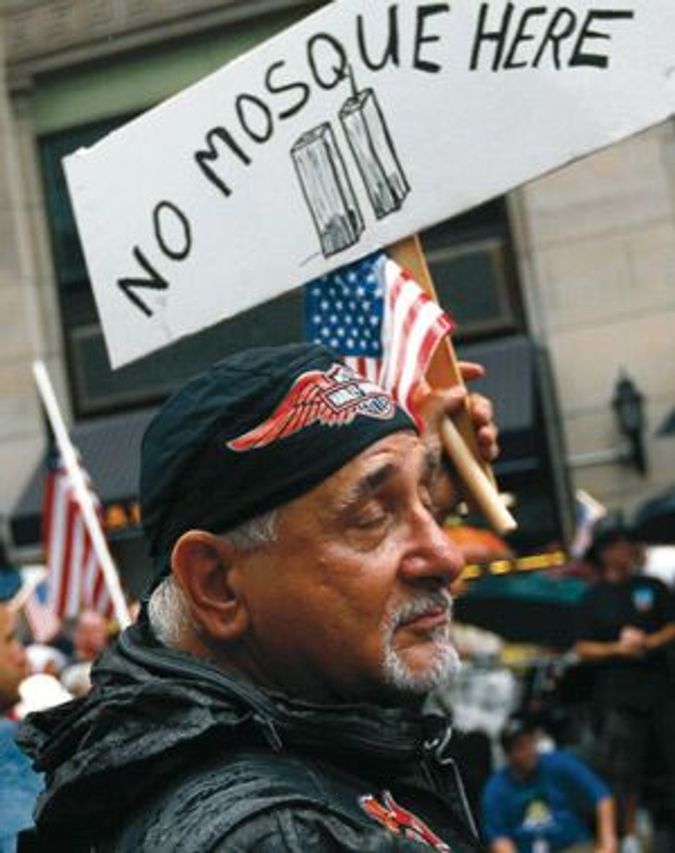 In Opposition: Protesters gathered near Ground Zero on August 22. Image by GETTY IMAGES

All Americans? Muslims, too? Are Muslim Americans allowed to mourn the dead of 9/11? Have not recent and still ongoing events made clear that Muslim Americans are not yet considered fully American? Isn’t that the clear implication of Newt Gingrich’s statement that “the idea of a 13-story building set up by a group, many of whom, frankly, are very hostile to our civilization — and I’m talking now about the people who organized this, many of whom are apologists for Shariah, which is a form of law that I think we cannot allow in this country, period.”

Accordingly, said Gingrich, “There should be no mosque near Ground Zero in New York so long as there are no churches or synagogues in Saudi Arabia.” (So now the state of religious freedom in Saudi Arabia becomes the standard against which we are urged to measure ourselves.)

In fact, why merely forbid the hijab from the perimeter of Ground Zero? We now know, don’t we, that two-and-a-half blocks distant from Ground Zero (where Cordoba House is planned) is the same as “at” Ground Zero, and in-your-face Islam should have the decency to stay at least that far away.

Come to think of it, would the protests against Cordoba House have been less vehement had the plan been to build four or even 10 blocks away? What we have been learning these last several weeks is that proximity to Ground Zero is not required in order to dump on mosques and the Muslims who congregate in them. All across the country — in Murfreesboro, Tenn., in Temecula, Calif., in Sheboygan, Wis., and in dozens of other communities, angry protests have greeted Muslim plans to build new mosques.

As The New York Times reported in its description of this phenomenon, “At one time, neighbors who did not want mosques in their backyards said their concerns were over traffic, parking and noise — the same reasons they might object to a church or a synagogue. But now the gloves are off. In all of the recent conflicts, opponents have said their problem is Islam itself. They quote passages from the Koran and argue that even the most Americanized Muslim secretly wants to replace the Constitution with Islamic Shariah law.”

On the face of it, such fears are not merely offensive but also absurd — which does not render them less real. And now that they have been gleefully glommed onto by the mongers of fear, they will not soon evaporate.

So let’s get serious. Right now, almost everyone involved in this mess — which means all of us, including our Muslim neighbors — is losing. Feisal Abdul Rauf, the Sufi imam who had the idea for Cordoba House, loses — his effort at outreach having been turned inside out. To describe Rauf as “very hostile to our civilization” is an example of either profound ignorance or calculated fear-mongering. The worst one can say about Rauf is that he may have been naïve in thinking the mosque would not be noticed and bitterly opposed. (Sufism, with its insistent gentleness, has often seemed to this observer to suffer from an implicit naïveté, here rendered explicit.)

But most of all, America’s Muslims lose. They learn what Jews once knew and have long since been able to forget: They are strangers — and not the sort of strangers who arouse curiosity. They are strangers in league with totalitarian darkness. They are the relatives of those who recently stoned a young couple to death in Afghanistan, of those who beheaded Daniel Pearl, of — yes, of course, of the assassins of 9/11. One protest sign at an anti-Cordoba rally on June 6: “All I need to know about Islam I learned on 9/11.” Got it? Yes, and all we need to know about Germany we learn from Auschwitz.

It is too late in the day for compromise, for finding another and less inflammatory location. Such a move would not, under the now prevailing circumstances, be face-saving; it would be a Pyrrhic compromise, a crumpling loss of face to the armies of the night.

At Ground Zero, a Fight We’re All Losing