Egypt’s Muslim Brotherhood Belongs on the Ballot, Not Behind Bars 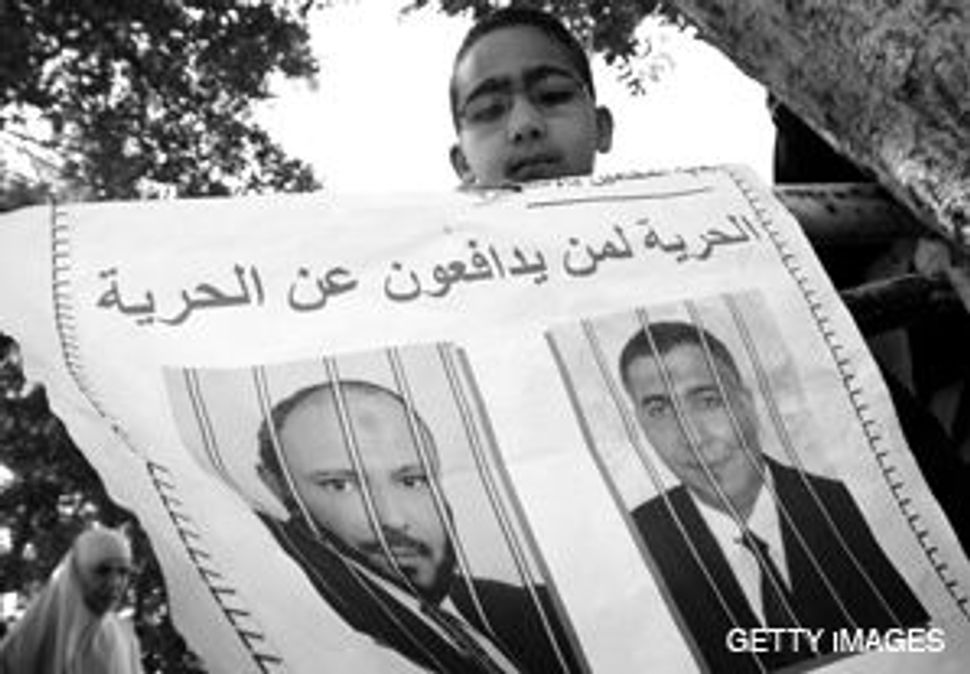 BARRED: The son of an arrested Muslim Brotherhood member protests in Cairo March 16.

On April 8 municipal elections are scheduled to be held nationwide across Egypt, but they will hardly be a vote for the kind of democracy that America proclaims it supports here and elsewhere in the Arab world. Since a brief democratic opening in 2006, the Egyptian regime has become more hostile toward political opposition, showing less and less tolerance toward the increasingly loud voices of reform led by the Muslim Brotherhood, civil society organizations and a handful of active political parties. 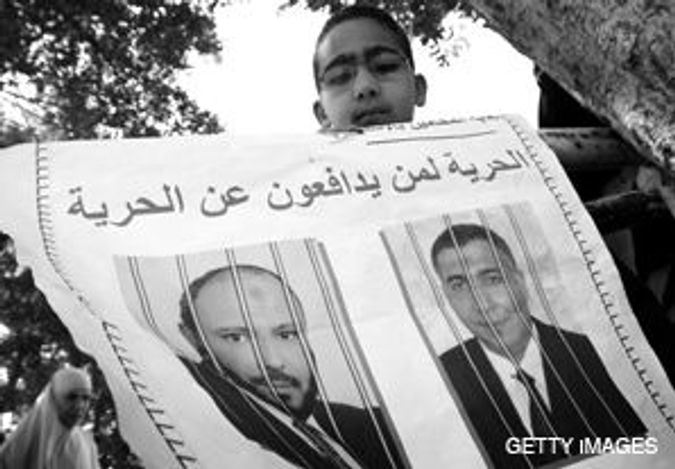 BARRED: The son of an arrested Muslim Brotherhood member protests in Cairo March 16.

In its relentless effort to silence voices of political dissent, the Egyptian government often resorts to arbitrary arrests and prolonged detentions without trial. I myself have been detained several times, and have spent seven out of the past 12 years of my life behind bars.

Today four independent newspaper editors are facing time in prison for allegedly libeling government officials, most prominent among them editor Ibrahim Eissa, who just a few days ago was sentenced to six months for publishing information about President Hosni Mubarak’s health. The editor of the Muslim Brotherhood’s English Web site, Khaled Hamza, was detained last month, and the editor of our Arabic Web site, Abdel Gelil al Sharnoubi, has had his house raided twice in the past two weeks.

Ayman Nour, a fellow former parliament member who ran against Mubarak in the most recent presidential elections in 2005, is halfway into a five-year sentence. And 40 of my fellow Muslim Brotherhood leaders are behind bars awaiting judgment by a military tribunal that has already twice delayed their hearing, despite their having been acquitted at least four times on all charges by civilian courts.

Nonetheless, the Muslim Brotherhood will participate in the upcoming municipal elections, despite the regime’s unabated crackdown against our movement — by our count more than 800 of our members have been detained without charge in recent months, including at least 148 of our candidates for the local elections — and the smear campaign in the media that has accompanied it. We decided to run for office in order to continue struggling for peaceful reform, to mobilize the streets against desperation, and to encourage more people to join the struggle for freedom and democracy instead of losing hope and resorting to violence.

The Muslim Brotherhood is not pushing for radical change in Egypt. Aware of political realities, we decided to contest only 10,000 of the 52,000 seats the government announced are up for grabs in the local councils, so as not to provoke the regime into fixing the final results and to allow for coordination with other opposition groups. Realizing our responsibility as the country’s largest opposition group to defend the rights of minorities and vulnerable groups in Egyptian society, our lists included candidates from different economic and social classes, as well as women and Copts.

The ruling National Democratic Party, however, has clearly not seen our campaign this way. The government took its crackdown on democracy a step further than it had in previous elections. Instead of just rigging elections as it traditionally has, the regime banned opposition candidates from registering to run for election at all.

Bureaucratic measures reduced the Muslim Brotherhood’s candidate list down to 5,754, and even then we counted only 498 who managed to register. Hundreds of them were detained on their way to submitting their registration papers. Independent and opposition candidates were also unable to submit their papers. Like our candidates, many were met by security forces and thugs who prevented them from reaching local election offices.

The Muslim Brotherhood has fought back through the courts, filing 3,192 lawsuits demanding that our candidates be on the ballot come election day. So far we have won 2,664 of these cases, and we stand a good chance of winning the remaining pending cases.

The government, however, has refused to honor the court rulings. Most of our candidates are not listed on the final ballots released by local officials around the country in recent days.

It has become clear that the National Democratic Party will not face any real competition in the upcoming elections. With only a few hundred opposition and independent candidates running, the ruling party has already secured more than 95% of seats, before even a single vote has been cast.

Despite the government’s repressive campaign against the Muslim Brotherhood — and its attack on our constitutional, legal and human rights — we remain committed to peaceful reform. We will continue our struggle for a democratic society that enjoys the freedom and prosperity to which all Egyptians aspire.

What is now at stake is Egypt’s political, economic and social stability. The regime’s continued failure to provide for the people’s basic needs, and to live up to their aspiration for a free, democratic country of regional importance, has caused unprecedented levels of frustration among Egyptians. If continued, such political occlusion will have disastrous consequences locally, nationally and perhaps even internationally.

Egypt’s Muslim Brotherhood Belongs on the Ballot, Not Behind Bars