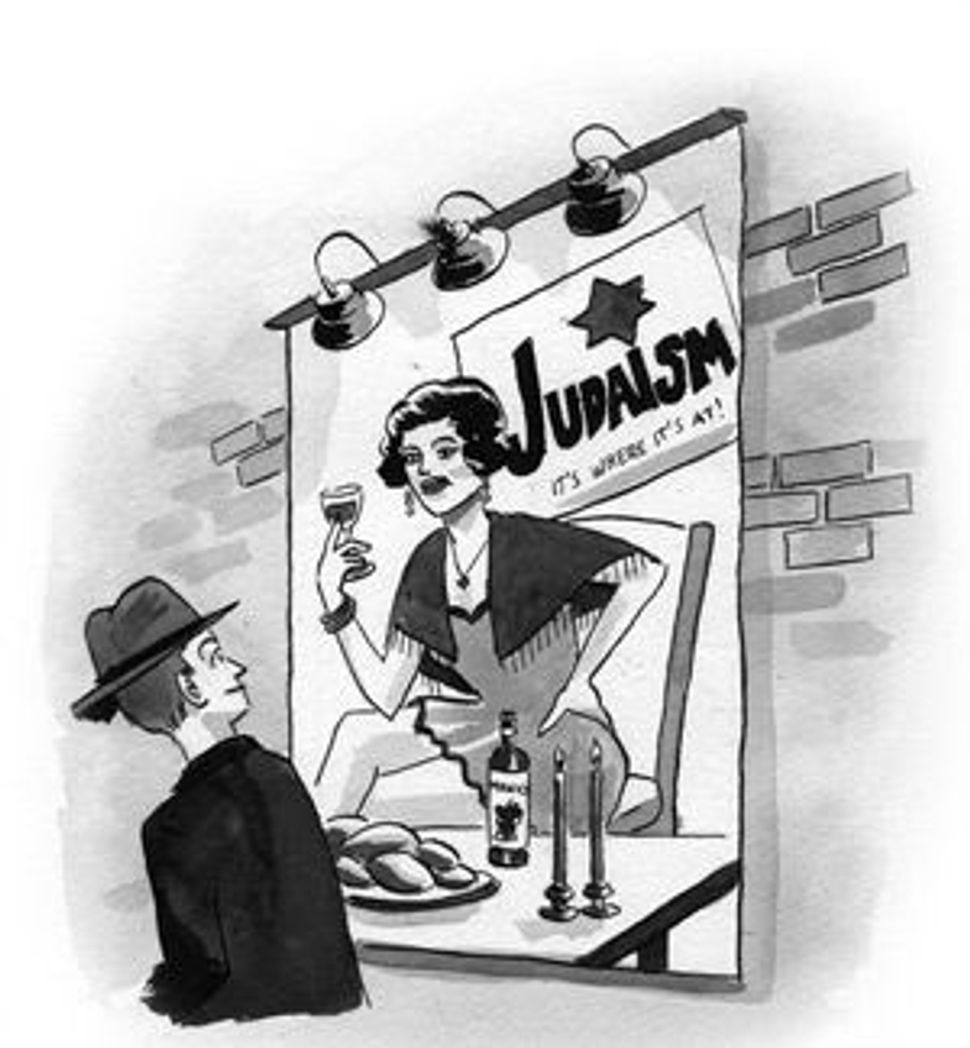 We don’t have to wait for the 2010 Census results to know our numbers aren’t good. Will the Jews still be 2.2% of the U.S. population? Maybe 2.1%? Or 1.9%? I was just in Israel and saw dozens of Birthright trips, but at best, they only slow down the decline in our numbers. Judaism needs new blood, new punims topped with crocheted kippot. Forget the traditional ban on proselytizing. That was pre-Internet, a time of less competition. It’s 5771. We need an ad campaign. 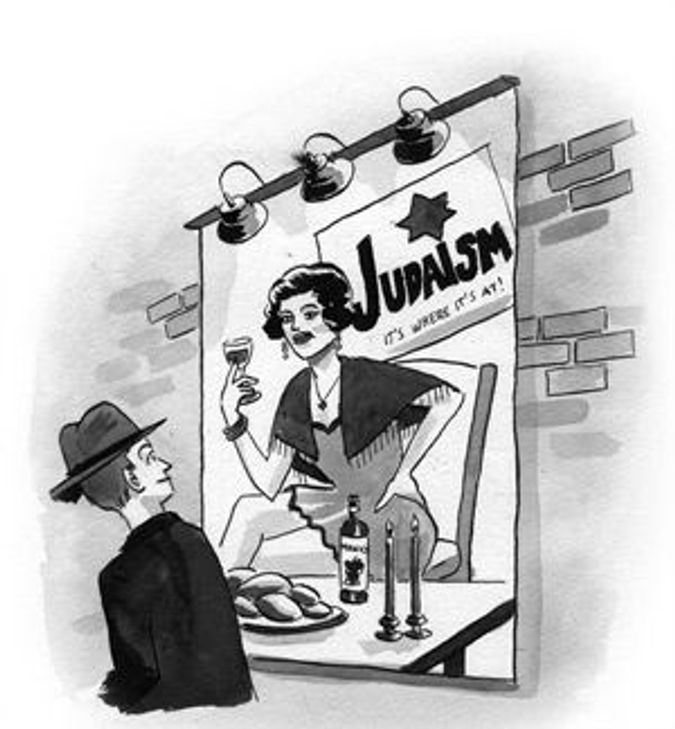 Perhaps our strategy could mimic those of resurgent brands like Coca-Cola and Adidas and play up our originality. Jews, after all, were first among monotheists — the foundation upon which the more trendy Christianity and Islam brands were built. We could probably gain another 2% easy, just by going after non-practicing WASPs who appreciate authentic-feeling brands like American Express, L.L. Bean and Volvo. During Passover, we could pitch African Americans with an “exodus from slavery” theme. Catholics could be made aware of how much more guilt the world has to offer.

Every campaign, of course, needs a resonant tagline, like Nike’s “Just do it.” One possibility is to connect people directly to the ancients: “Abraham, Isaac and You.” Or we could remove perceived barriers to signing up, especially to the already circumcised: “Less sacrifice than you think.” More daringly, we could be openly competitive with Christianity: “Before the afterlife is this one.”

“Chosen people” also sounds too exclusive when your goal is bigger numbers. Instead, we could be more inviting: “We choose you.”

If you’re already shaking your head, all the more reason to recruit new members to the tribe. You’ll have more folk with whom to argue. What could be more Jewish than that?

Mat Zucker is chief creative officer of OgilvyOne Worldwide, New York and the advertising correspondent for The Faster Times.