Introducing Some of the Jewish World’s Newest Rabbis 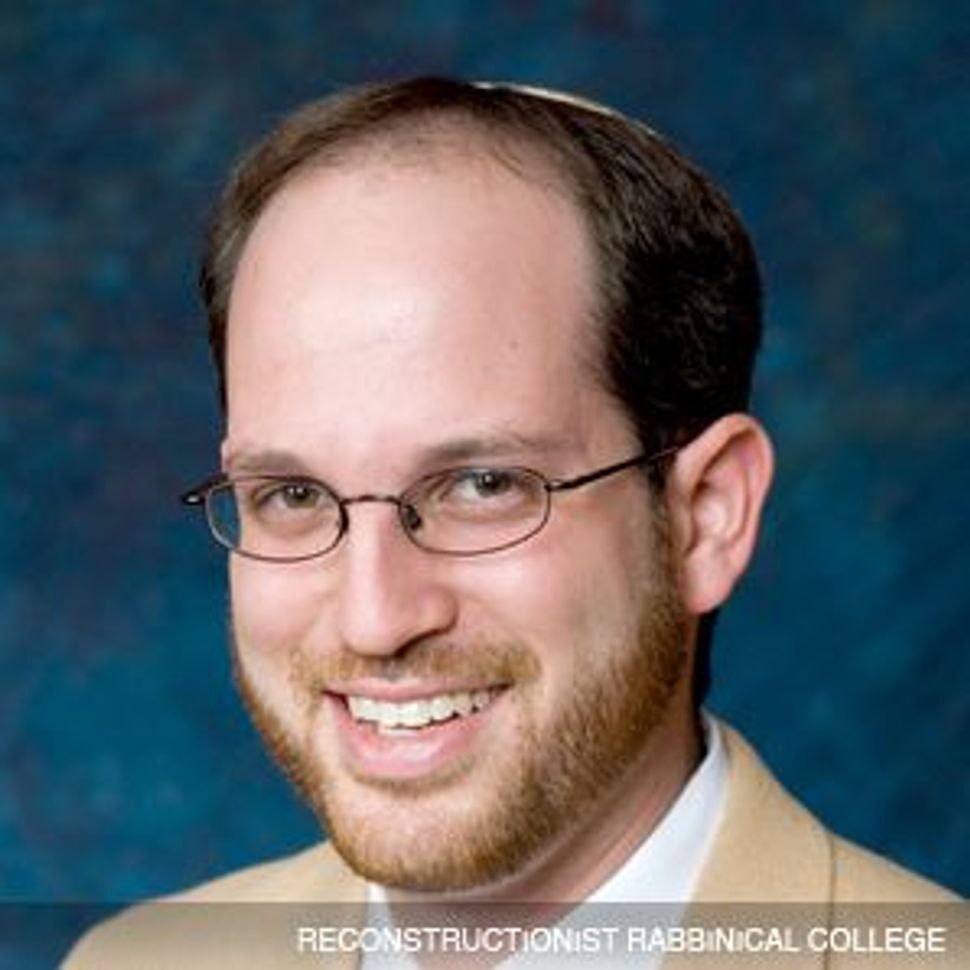 HAPPY CAMPER: Isaac Saposnik fell in love with Judaism at summer camp. Now, he?ll get to lead one.

Like many rabbinical candidates, Sara Brandes, who is about to graduate from the Jewish Theological Seminary of America, originally hadn’t planned to become a rabbi. But during a year she spent in Israel after college, she discovered that her interests — which included psychology and religion — could be combined in a single job. “I just realized that in Judaism, we call this person ‘rabbi,’” Brandes said. 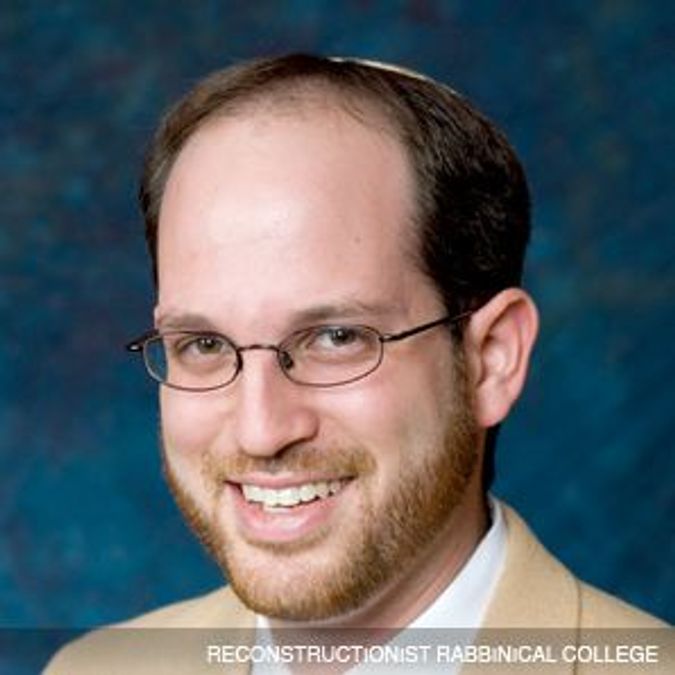 HAPPY CAMPER: Isaac Saposnik fell in love with Judaism at summer camp. Now, he?ll get to lead one. 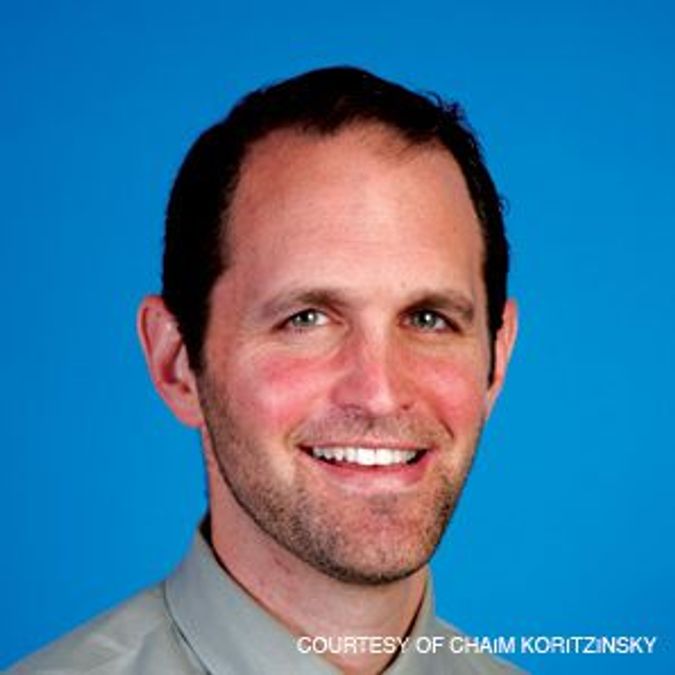 TRAILBLAZER: Chaim Koritzinsky is member of the Hebrew College of Boston?s first-ever class of rabbinical students. 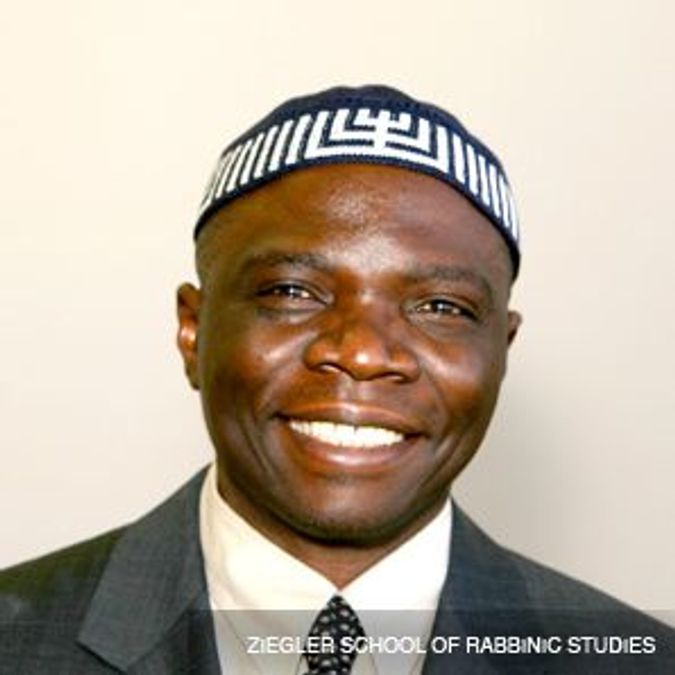 FAMILY TRADITION: Like his father and grandfather before him, Gershom Sizomu leads Uganda?s Jewish community. 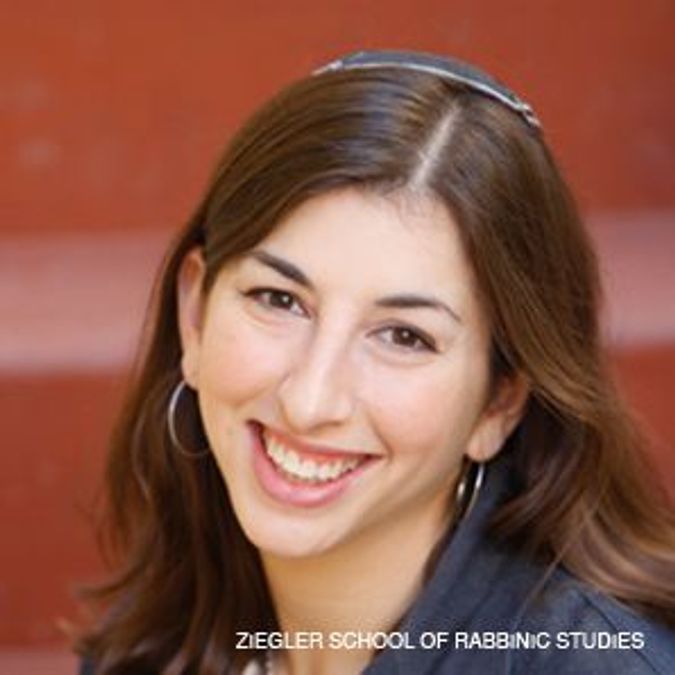 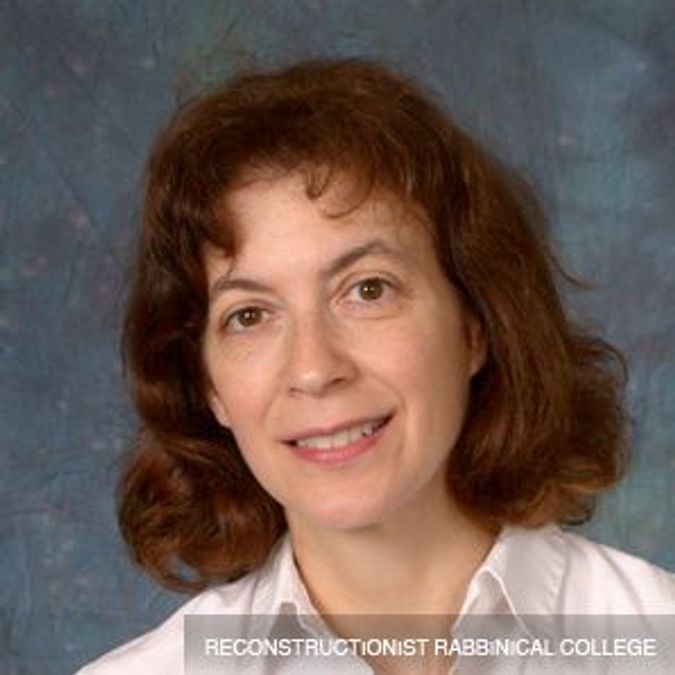 Born Leader: Donna Kirshbaum thought of becoming a religious leader at age 8. Now, at 57, she?s getting her wish.

Brandes, who after graduation will become a rabbi in residence at Milken Community High School, a Los Angeles day school, said she loved her time at JTS, in part because of a student movement to create what she and other students felt the school lacked: a sense of “soulfulness.” “I came to see myself as part of an incredible counterculture of students” working to reshape the seminary as a more spiritual place, she said.

Anne Brener, who will graduate this spring from the Los Angeles campus of Hebrew Union College-Jewish Institute of Religion, first entered the Reform movement-affiliated seminary in 1981 as a student in the School of Jewish Communal Service. She did not complete her degree, embarking instead on a long career as a psychotherapist and a writer. She is perhaps best known as the author of the book “Mourning and Mitzvah,” which covers Jewish approaches to grief. Brener — now 60 — gradually made her way back to HUC, this time entering the rabbinical school. But when Hurricane Katrina hit her hometown of New Orleans, she took off a semester to do relief work in Louisiana, where she served as a grief counselor. Upon her return to L.A., she was diagnosed with cancer and took off another semester. Now, 27 years after she first set foot in HUC, Brener will be ordained as a rabbi.

Jonah Feldman, a candidate for ordination at Yeshiva University, made his decision to become a rabbi in the midst of an illness. As an undergraduate at Y.U., Feldman came down with a mysterious malady that sapped his strength and left doctors baffled. During his months of struggling with the disease, Feldman resolved to become both a doctor and a rabbi — a doctor so that he could help others who were sick, and a rabbi because he craved some spiritual meaning beyond science. The disease, eventually diagnosed as chronic fatigue syndrome, gradually subsided, and Feldman has found the energy to complete both rabbinical school and medical studies at the State University of New York at Stony Brook. Once he graduates, Feldman expects to enter the medical field as an oncologist. Delphine Horvilleur, who will be ordained by Hebrew Union College next month, is about to become the third woman rabbi in France. Born in the country’s Alsace-Lorraine region, Horvilleur moved to Israel at 17 to attend school. She later traveled between Israel and France as a reporter for French television. All along, she studied Jewish philosophy and theology on her own. Frustrated by the lack of Talmud study groups in France that accepted women, she went to New York, where she encountered the opposite problem: too many classes and too little time. What she thought would be a vacation has lasted through this year, and is about to culminate with a rabbinical degree from HUC.

She will then move back to Paris, where she will work as a rabbi at a Reform congregation. As a woman rabbi in France, even in liberal denominations, “you have to justify yourself,” Horvilleur said. “I expect to face a lot of resistance.”

Donna Kirshbaum will be 57 when she graduates from the Reconstructionist Rabbinical College this spring, but she has felt she had a calling since the age of 8. “I read a book about George Fox, who was the first Quaker,” she explained. “And I said to my mother, ‘Someday I’m going to be a leader of my people the way George Fox was a leader of his people.’”

Kirshbaum’s path has by no means been linear. She studied ancient Greek and Latin in college and then taught those subjects at the high-school level. Later, she moved to England to play cello in a symphony orchestra for several years. Then, after co-owning a dairy farm in the Ozarks, she finally settled in Baltimore, where she helped to found the Bolton Street Synagogue. Eventually she became principal of its religious school. After all that, RRC, she said, “has been like a six-year-long Shabbat for me.”

After she is ordained, Kirshbaum will become a rabbi at a Reconstructionist congregation in Princeton, N.J., called String of Pearls.

Chaim Koritzinsky, a one-time Jewish communal organizer in the former Soviet Union, is a member of the of first-ever graduating class at the Hebrew College Rabbinical School. Koritzinsky, 34, first became interested in pursuing ordination through his work in the former Soviet Union with the Jewish Joint Distribution Committee and Hillel. “A lot of my mentors in the field were the people who had ordination and were doing very inspiring things with their rabbinate,” he said.

Koritzinsky, who spent his undergraduate years at Vassar College, later moved to Boston and worked with teenagers at the Jewish Community Centers of Greater Boston. He consulted on social justice issues and also taught at Hebrew College’s high school. Koritzinsky said that Hebrew College’s trans-denominational approach was what drew him to the nascent rabbinical school. “In Russia there really weren’t any denominations,” he said. “So when I thought about going to rabbinical school, I wanted to continue serving as wide a spectrum of the Jewish community as possible.”

In keeping with his flair for international work, Koritzinsky, upon being ordained, will be taking the helm of Ruach Ami, an emerging synagogue community in Santiago, Chile.

Danya Ruttenberg, a Chicago-area native who worked as a freelance writer before attending the Ziegler School of Rabbinic Studies, will be ordained in May. Ruttenberg, 33, first gravitated toward her study of religion as an undergraduate at Brown University. She had intended to study philosophy, but ended up in the religious studies department. After college she moved to San Francisco, where her study of Judaism intensified. Ruttenberg, a contributing editor at Lilith magazine, has published an anthology, “Yentl’s Revenge: The Next Wave of Jewish Feminism.” Her next book, “Surprised by God: How I Learned To Stop Worrying and Love Religion,” will be released in August.

Isaac Saposnik, who will be ordained by the Reconstructionist Rabbinical College in June, credits his rabbinical aspirations to a Reform Jewish summer camp. His family was active in a Reconstructionist congregation near Chicago, but because there was no summer camp affiliated with the movement, Saposnik spent his summers at the Union for Reform Judaism’s Olin-Sang-Ruby Union Institute, a Reform-affiliated camp in Wisconsin — and loved it. He studied philosophy at Tufts University and worked with NFTY, the Reform movement’s youth group, before starting at rabbinical school. After he is ordained, he will become director of Camp JRF, a Reconstructionist summer camp that was established in 2002.

Ben Shalva, who will graduate from the Jewish Theological Seminary this spring, grew up Jewish but became a committed student of Buddhism for several years while in his late teens and early 20s. An interest in reinvestigating his religious roots took him to Israel, and while there he became so interested in Judaism that he applied to the rabbinical school at Hebrew Union College in New York. He enrolled at the school when he returned, but ultimately felt out of place there and transferred to JTS. Through the seminary, he has interned as a chaplain at a hospital and at Rikers Island, New York City’s largest jail. After he is ordained, he plans to work as an assistant rabbi in Fairfax, Va. Asked what his relationship to Buddhism is now, Shalva said that he tries to incorporate Buddhist practices of mindfulness and meditation into Jewish worship. “Buddhism has many things to say about anxiety, and Jews are very anxious people — myself included,” he said.

The spiritual leader of Uganda’s Jewish community, Gershom Sizomu, will be ordained in May at Los Angeles’s Ziegler School of Rabbinic Studies. Five years ago, Sizomu, 39, moved with his wife and two children to Los Angeles from Uganda after attending a 2002 San Francisco conference on marginal Jewish communities. At the conference, participants asked Sizomu, whose father and grandfather before him led the community of Ugandan Jews known as Abayudayah what would most help his people. Sizomu answered that they would benefit most from being integrated into the international Jewish world. Leaders of the conference suggested that he become an ordained rabbi, and they reached out to several rabbinic colleges.

Uganda’s Jews, of whom there are around 750, once numbered as many as 8,000. Legend has it that less than 100 years ago, Christian missionaries trying to convert Ugandans approached a tribal leader, Semei Kakungulu. The leader read the bible, but was reputedly so transfixed by the first five books of Moses that he circumcised himself and began observing the laws of kashrut and the Sabbath. The Jewish community that sprang from Kakungulu’s conversion dwindled in later decades, as Christian missionaries demanded that only Christian children be educated and, finally, dictator Idi Amin threatened the community.

In honor of Sizomu’s ordination, the dean of the Ziegler School, Rabbi Bradley Artson, will travel to Uganda with two other L.A.-area rabbis to officially install Sizomu as the Abayudayah’s rabbi.

In becoming an Orthodox rabbi, David Wolkenfeld, a candidate for ordination at Manhattan’s Yeshivat Chovevei Torah, is following in his father’s footsteps. The elder Wolkenfeld was ordained on the Lower East Side at the Rabbi Jacob Joseph Yeshiva but never practiced, becoming a psychotherapist instead. In fact, by the time Wolkenfeld was born, neither of his parents was an observant Jew. Wolkenfeld was 15 when his father died, and was becoming interested in Jewish observance on his own. Wolkenfeld, now 28, says that one of his great regrets was that his father died before they had spoken much about Jewish observance.

Wolkenfeld, who grew up in New York City, studied intellectual history at Harvard. Unlike his father, he does intend to enter the rabbinate, eventually planning to become a pulpit rabbi.

Introducing Some of the Jewish World’s Newest Rabbis