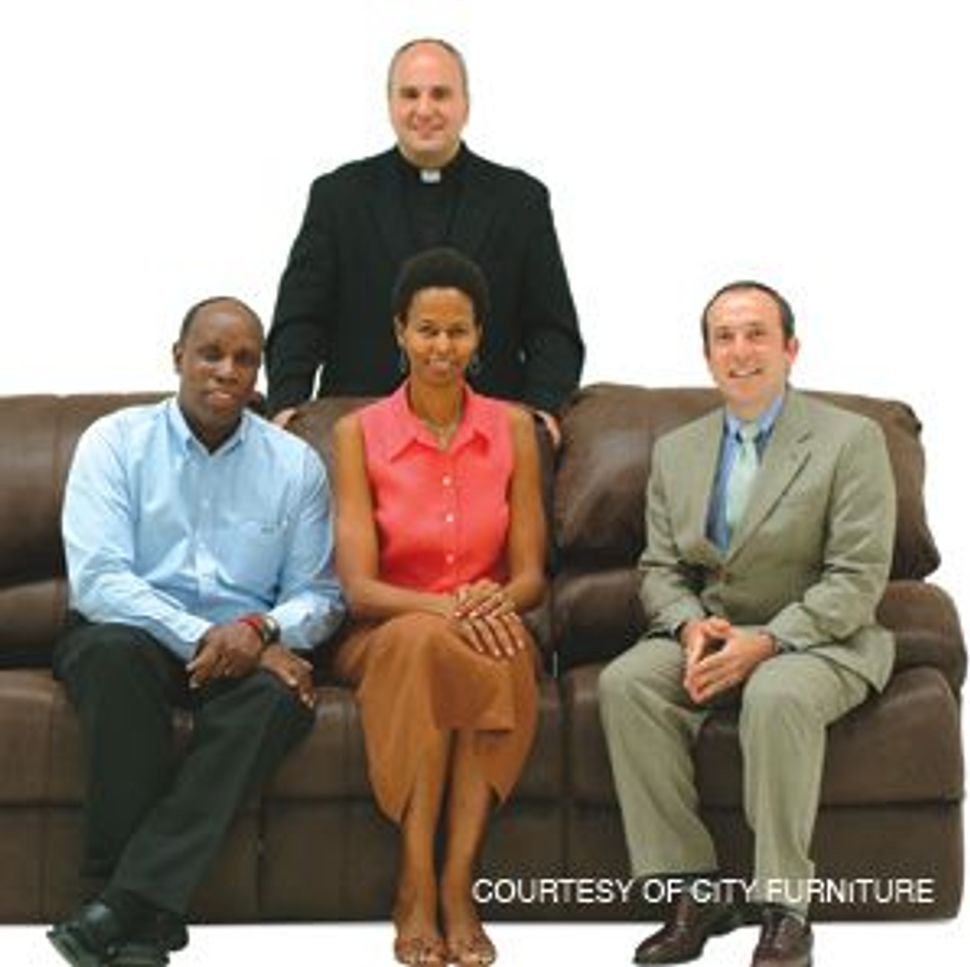 GIVING COMFORT: A Florida furniture chain has signed on a team of spiritual advisers.

If you are an employee at a leading Florida furniture chain and have a bone to pick, you might take your grievance to human resources. Then again, you might talk over the matter over with the company’s priest, its minister, or even its rabbi. 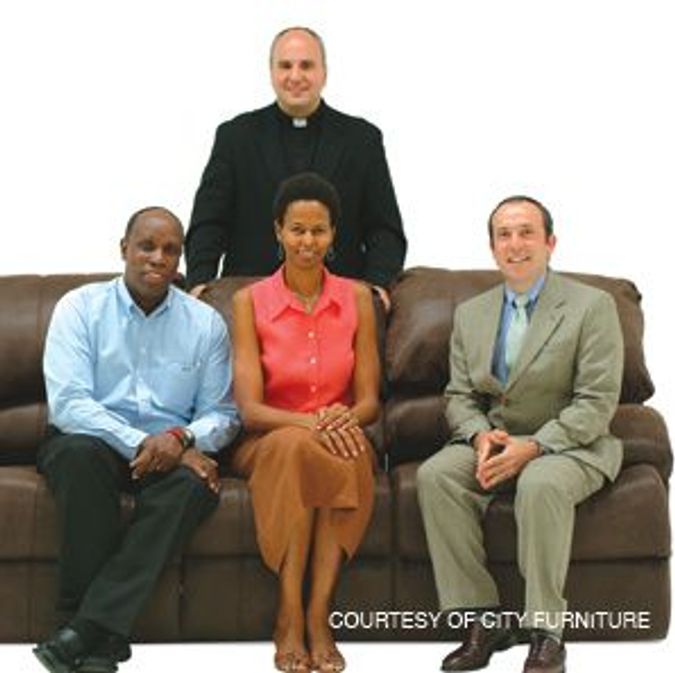 GIVING COMFORT: A Florida furniture chain has signed on a team of spiritual advisers.

It’s not news that workplaces today look a lot different from the way they did 50 or even 25 years ago. As hours have grown longer, employers have tried to humanize the work environment with everything from exercise rooms to day-care facilities. Now, South Florida’s City Furniture has taken the task of catering to employees to new — indeed, lofty — heights.

“You’ve got health care and dental care, but we thought it was important for those who wanted it that we offer spiritual care,” said Curt Nichols, vice president of human resources at City Furniture, which has assembled a team of advisers to help address its employees’ spiritual needs.

Along with Matt Berkowitz, a senior rabbinic fellow at the Jewish Theological Seminary, the store has signed on a Baptist minister, a Bible teacher and a priest.

Nichols and Keith Koenig, CEO of the company and originator of the plan to bring clergy to work, reasoned that some employees’ work schedules prevented them from attending the religious services in which they might otherwise take part — or that these workers might just want someone with whom to talk.

“We want to give them whatever they need to be whole and complete so they can deliver world-class service to our customers,” Nichols said.

Employees at the company were asked how they would feel about having “spiritual counselors” on hand. According to Nichols, the overwhelming majority were enthusiastic. Those who were less interested said they were, nevertheless, not opposed to the idea.

Between its Fort Lauderdale headquarters and its 21 retail showrooms, the chain employs more than 1,000 workers. The spiritual counselors come to the company’s main campus once or twice a month and are accessible to employees by phone and e-mail.

“It sounds like the beginning of a joke — a priest, a rabbi and a minister sitting around the table,” Berkowitz told the Forward. “I think there was a sense that people might be intimidated to come to spiritual counselors. But it’s been just the opposite. People see us as a resource.”

Indeed, he said, the first employee who sought him out was not Jewish, and several other non-Jewish employees have since spoken with him. The experience reminds Berkowitz of the time he spent as a chaplain at Manhattan’s Beth Israel Hospital, where, he said, “it wasn’t just the Jewish patients” who turned to him. “It was patients across the board.”

Berkowitz added that it is a resource that could not have come at a better time, as the faltering housing market has particularly affected City Furniture and its employees. “People can’t furnish the homes they don’t have,” he said.

Karen Wernick, a claims specialist in the human resources department at City Furniture, recruited Berkowitz. Wernick’s father had attended a Torah study class that he taught.

“They’re around; people recognize them,” Wernick said of the company’s spiritual advisers. “They come to some of our events to make sure that people know they’re part of the City Furniture family and not just here to make them feel uncomfortable.”

In Wernick’s estimation, Jews make up “not a very large percentage” of the company’s staff, although Nichols guessed that “at least a third are probably Jewish.” Asked what proportion of the staff is religiously observant, Nichols said he believes that “a large percentage of our associates are spiritual in the sense that they believe in love and caring and compassion.”

Nichols described Koenig, who could not be reached for comment, as an “extremely devout Catholic,” but he added that “he’s not going to push it on anyone.”

Berkowitz, along with the Rev. Roberto M. Cid, a Catholic priest; Nathan Charles, a Baptist minister, and Nina Charles, a Bible teacher, may soon expand what he offers the chain’s employees.

“We’re looking to start doing study classes, or provide [prayer] services, to provide faith guidance for those who are looking for it,” Nichols said.

Berkowitz enthusiastically seconded the idea of introducing an educational component into his work at the company, but drew the line at holding services He cited the difficulty in forming a minyan, as well as more general concerns about propriety.

Some kind of “creative” worship might be possible, he said. “But certainly there’s not going to be any Torah reading going on at City Furniture.”