Being Jewish Is Falling Out of Fashion 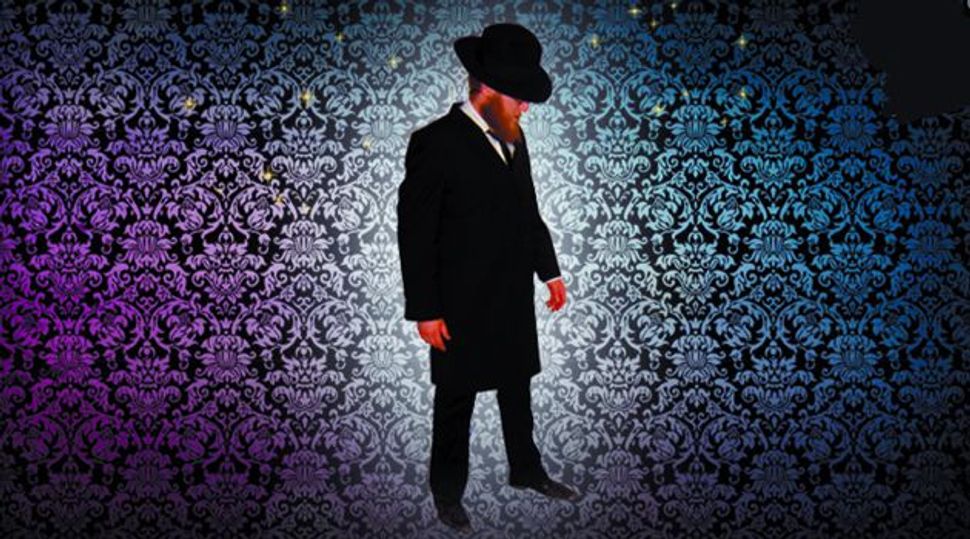 Image by Image by CustomMadeSuits.ca

Now that former Virginia Senator George Allen is planning his comeback, it’s time to take a long look at the meaning of Jewish identity in the 21st century.

You remember Allen. He was the shoo-in Republican incumbent whose 2006 Senate re-election campaign collapsed in midsummer after he was filmed using what sounded like an obscure racial slur. Things got weird that August when the Forward reported that the mystery word, “macaca,” was a Tunisian-French version of the N-word. We said Allen must have heard it as a kid from his mother, who was a Tunisian-born Jew. Allen hotly protested the “aspersion” that his mom wasn’t Christian, then conceded the next day that he’d actually asked her about the article the week before and learned it was true. She’d never told the kids that they were Jewish; having grown up in the shadow of Nazism, she wanted to spare them the deadly stigma. “I was afraid,” she told the Washington Post.

What’s remarkable about Allen’s story is the fact that it’s not so remarkable. A striking number of celebrities have spoken in the last few years about suddenly discovering as adults that their parents were Jewish but kept it secret. Left-wing journalist Christopher Hitchens learned at age 38 that his late mother was born a Czech Jew. British playwright Tom Stoppard found out when he was 57 that both his parents were Czech-born Jews and that all four of his grandparents were killed in Nazi death camps. George Allen, of course, found out when he was 54.

There are variations on the theme. John Kerry learned at age 44 that his paternal grandmother was born Jewish; not until age 59, during his 2004 presidential run, did he learn — from a reporter — that his grandfather was, too, and that the couple changed from Kohns into Catholics only after leaving Dreyfus-era Vienna for Boston and having their first child (the senator’s uncle).

If it’s that easy to find celebrities whose parents decided to shield them from their Jewish past, so to speak, there must be a lot more out there who aren’t celebrities. Nobody has ever counted, and even if you tried, you couldn’t count the ones who never did find out.

World War II was a traumatic time to be alive, and people found their own ways of coping. We honor those who fought back or clung to their faith until the last. We don’t think much about the ones who just wanted to live another day. A friend of mine told me that her mother married a Catholic after the war and raised the kids as Catholics because back then, in the early 1950s, “being Jewish was a death sentence.”

Those of us who didn’t live through that time can’t know what it was like. We grew up in another world, where Jewish meant Saul Bellow, Barbra Streisand, Bob Dylan and “Seinfeld.” In our world the synagogue classrooms are filled with children of interfaith families who are sent to learn the blessings so they can take their places as future members of the Jewish community. Think about it: For 1,000 years, interfaith couples who had the choice would hightail it for the exit, shedding the burden of Jewishness and freeing their children from that tortured destiny. Today, to judge by Hebrew school enrollment, a great many interfaith couples are offering their children the opportunity to be Jewish, because it is indeed an opportunity. It’s respected and influential. It brings advantages in life. It’s fashionable. Rock stars wear “chai” necklaces and study Jewish mystical texts. What’s not to like?

Not that we don’t still have problems — like arguing over whether to let non-Jewish spouses be officers of congregations. Rabbis and parents spar over letting the non-Jewish relatives have speaking parts in a simcha. Israeli governments tremble and even fall in disputes over the status of people who choose to become members of the American Jewish community but aren’t recognized in the Jewish state. All that may be unpleasant — but it’s a lot better than having to decide which child to save.

The bottom line is, generations of Jews have moaned about Jews who marry out, and now our big problem is all the gentiles who are marrying in. Take a good look around. It’s an extraordinary time.

Now hold onto that memory, because it probably won’t be like this much longer. Kids in high school and college today don’t inhabit a world where being Jewish is high fashion. In their world, Jewish brings to mind Israeli helicopter gunships. Their campuses and their media have become virtual dead zones for the cause of Israel. The Jewish state has simply lost the argument among the trendsetters: Boycotts or not, one state or two, Israel plays the heavy in the drama.

As a consequence, expressing sympathy for Israel can brand a student as an oddball at best, a right-wing fanatic at worst. Given the toxic extremism of Israel’s most vocal and visible supporters, on and off campus, the typical Jewish student doesn’t want to end up in that corner.

Jewish young people have to navigate this moral maze to stay sane. Many just back off, not necessarily because they oppose Israeli behavior, but they are intimidated. What sort of Jewish community they will build as adults is an intriguing question.

On the other hand, the behavior of half-Jews is easier to predict. If being Jewish isn’t worth the trouble, they have other options. They’ll tuck it away. And in 30 years or so, we can expect their children to produce a whole new crop of Christopher Hitchenses and George Allens.

Being Jewish Is Falling Out of Fashion