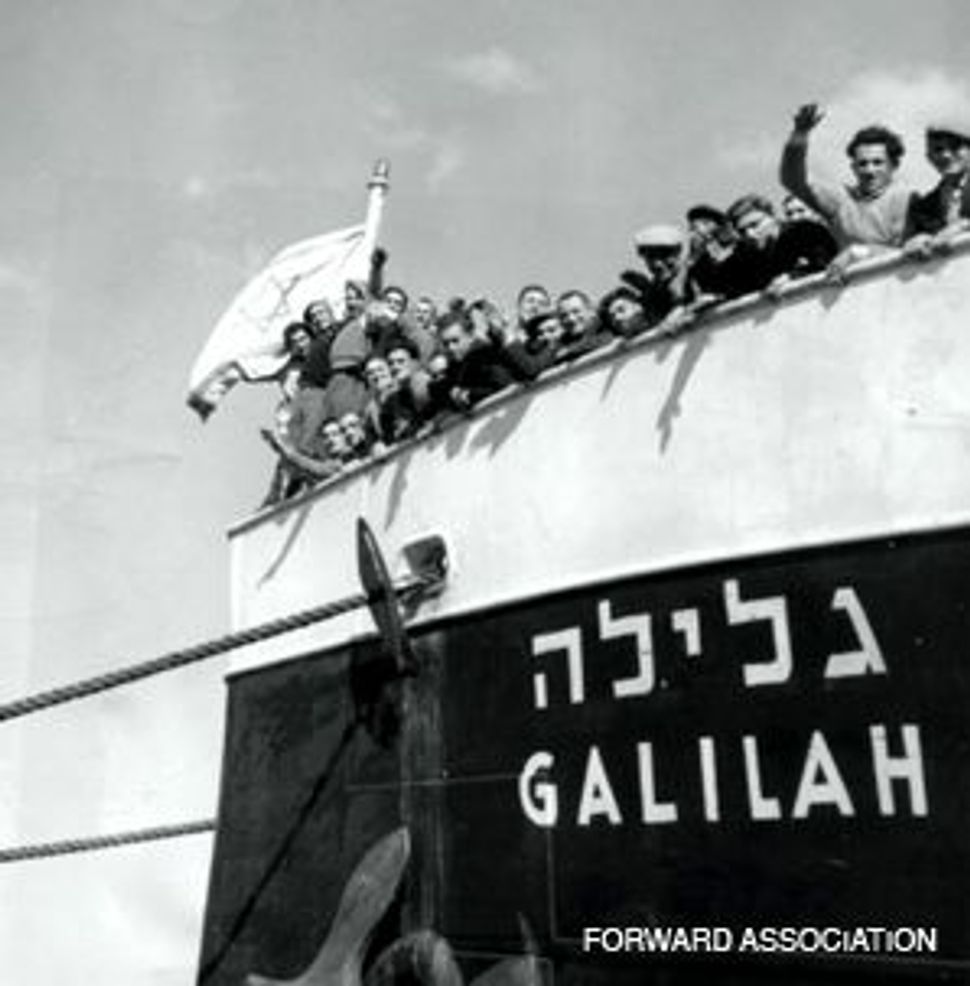 HOME: After a 12-hour journey from Cyprus, Jewish refugees arrive in Haifa, where crowds greet them.

The day has finally arrived, the day that Jews have awaited with such longing in their hearts — a day for which they have waited 2,000 years. 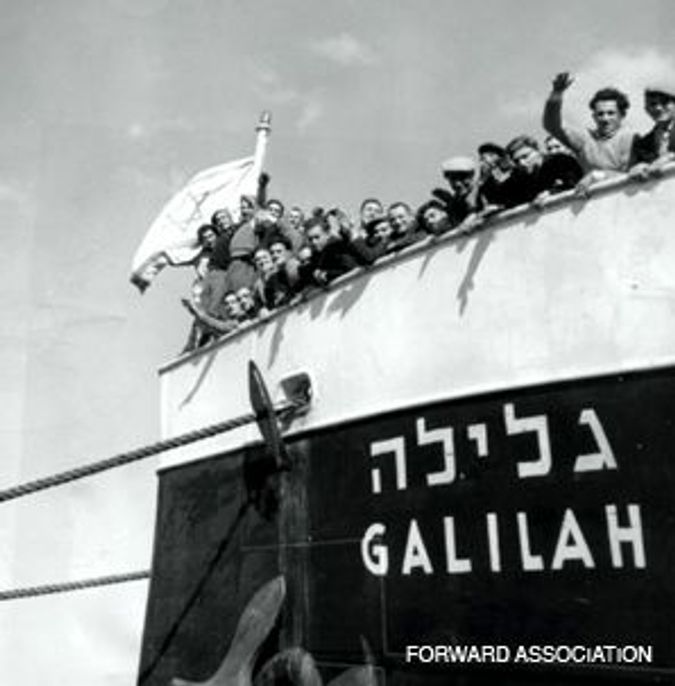 HOME: After a 12-hour journey from Cyprus, Jewish refugees arrive in Haifa, where crowds greet them.

The dream of many generations has become a reality: In the Land of Israel, a Jewish state has been founded. It will be called “The State of Israel.” And the time has come for Jews from all over — the children of a people dispersed throughout the world — to wish one another “Mazel tov!”

Throughout history, there has been no example such as this with any other people. It is therefore no wonder that the whole world is so amazed and looks on as if a miracle occurred — one that could happen only once in 2,000 years. And with Jews, no less!

It is already the third time that Jews have made a Jewish state in the Land of Israel. And exactly as it happened the previous two times, they’re undergoing terrible difficulties and are currently surrounded on all sides by their enemies. But the experiences the Jewish people have had over the past 2,000 years since they lost their independence have hammered into them a stubbornness that no power in the world could break. The best example thereof is the courage shown by the Jews during the many years they suffered through terrible persecutions and were not eradicated. Their sense of peoplehood remained intact.

Just as in the period following the Babylonian Exile, there are those who aren’t happy with the newly created Jewish state, making all kinds of attempts to block it. But it is hoped that now, just as then, we will defeat them.

In the fourth chapter of the Book of Nehemiah there is a story that one can compare with current events in the life of the Jewish people. There we read: “And it was when Sanballat, Tobiah, the Arabs, the Ammonites and the men of Ashdod heard that the repairs to Jerusalem were again being made, that it was being restored and rebuilt where it had been a wasteland, that they burned with anger.” So it was told in Nehemiah.

There are always those in whom anger burned when they heard that Jerusalem was being restored and when they saw that the Jews of the Land of Israel were again building where it was once desolate. But the Jews were not fearful of all their enemies, in whom terrible anger burned, and it was due to their stubbornness that they re-established a state and rebuilt a ruined land, and they even did their work armed with swords and sticks and drove away their enemies.

It’s no novelty for Jews to be armed while having to rebuild the land and restore their country, something that should serve as an example for other peoples.

Just as in the time of Ezra and Nehemiah, after the Babylonian Exile, the Jews in Land of Israel are doing this now — and in a bigger way, on a much larger scale and with more courage and heroism.

Since the representatives of the United Nations began debating the issues regarding the Land of Israel at their recently completed special sessions, there has not been one moment where it didn’t seem that the fate of the Yishuv wasn’t hanging in the balance. Even good friends seek ways to avoid confusion. They try to create the impression that with their best intentions to help, they cannot actually do anything because the situation is so tangled and every step must be taken with great care. There has been a great fear that they will talk and talk and nothing will come of it. And who knows if it would have ended up the same way if not for the great courage of the Jews — and, the main thing, the incredible heroism of the Yishuv — when the opportunity arose to compare strength on the battlefield with their enemies, in whom burns an anger from seeing Jews rebuilding the Land of Israel where it had been a wasteland.

The heroism of the Jewish youth in the Haganah during the months since the United Nations’ decision on partition, and the courage that they, the grandchildren of the Maccabees, showed in the battle against those who want to destroy the last hopes of an independent Jewish people, made a visible mark on the subsequent course of events. The world has seen a power that streams from 2,000-year-old national aspirations that have no equal in the history of any other people. This power has a mystical quality, something that breathes of eternity and which cannot be choked by swords or guns, just as one cannot drown in a sea of talk.

It was not with diplomacy but with the heroic deeds of the descendants of the Maccabees that a Jewish state was re-established in the Land of Israel. They have the biggest stake in it. They wrote one of the most beautiful chapters in the history of the Jewish people, and in their memory it will remain for all future generations.

Further difficulties, of course, will have to be overcome. This is only the beginning, and we can only hope for the best.

We are thrilled that America was the first to recognize the Jewish state, thereby strengthening the hands that will protect it.