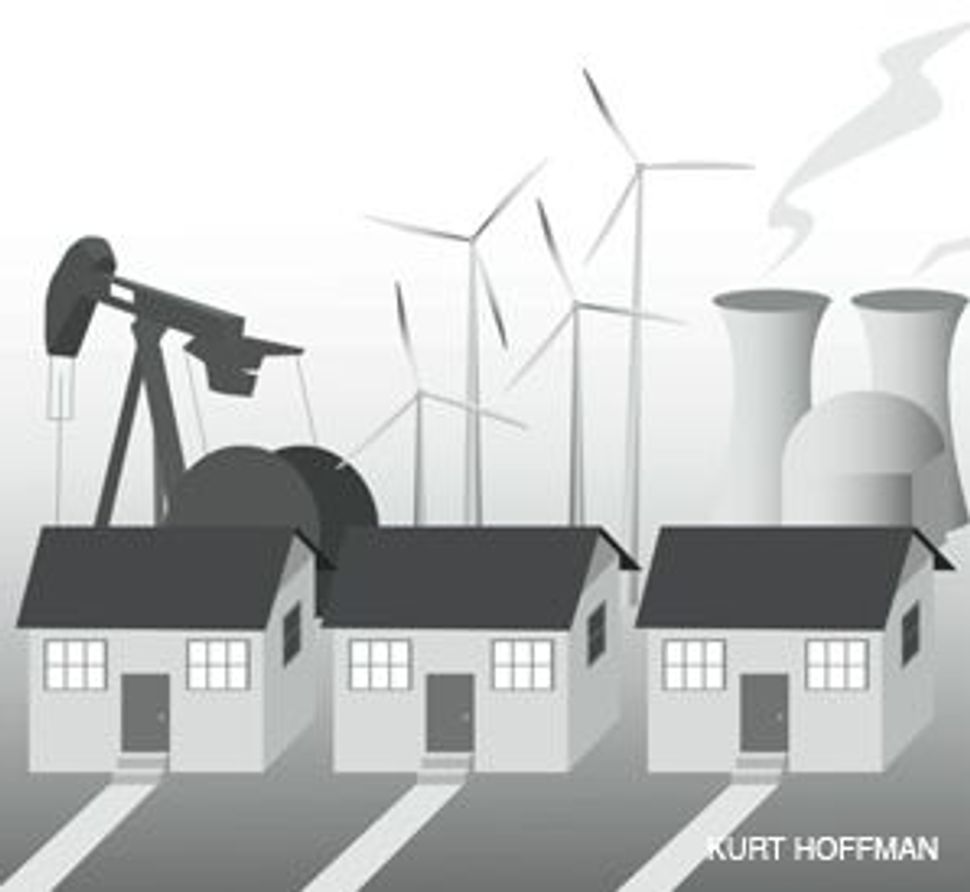 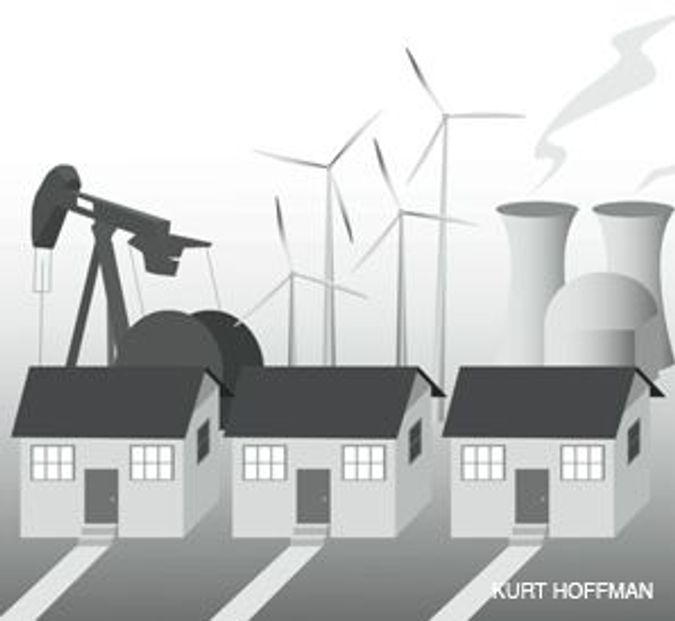 A grim and unappealing picture, but here’s our real problem: When it comes to energy policy and behavior, we are all hypocrites.

Whether we are motivated by fears of global warming, or Arab oil money funding terrorist attacks on Israel, or $75 per tank fill-up prices, our actions in response are minuscule and laughable.

A great percentage of the American public, roughly 70%, believes global warming is real, that it causes unusual weather patterns, and that its cause is the burning and release of carbons into the atmosphere. At least a third is very concerned about it.

That kind of consensus should produce meaningful action, no?

Instead, what we typically get is the soft pabulum of “every little bit helps” — the conservationist culture best represented by the 2007 congressional law that will phase out incandescent light bulbs starting in 2012. The mullahs and princes who rule OPEC charge $120 a barrel, so we change the light bulbs.

If that’s all we ever do in response to the very real threats to our economy, security and environment, then we might as well acknowledge our fecklessness.

Unless we are willing to remove ourselves to pre-industrial societies, far from the machinery, automation, speed, communications and other luxuries we take for granted, we might as well stop complaining about either global warming or high energy prices. These two massive problems won’t be solved by installing more efficient lightbulbs or driving Prius cars.

Nor are the solutions just waiting for us; there is no low hanging fruit. Any meaningful solution will require sacrifices — the question is whose.

Just take nuclear power. Proponents of nuclear power tell us that splitting atoms is a safe and controlled source of cheap energy. But nuclear energy isn’t cheap, and some say it’s not safe. A nuclear plant hasn’t been built in the United States since 1986, and even with massive federal loan guarantees, there is scant interest in fresh projects. Why not? Nuclear waste.

Spent fuel rods require permanent storage in cool, dry and remote places deep in the earth. We happen to have such a place in Nevada; countless studies have been done of Yucca Mountain, and it’s ready to accept shipments.

But Nevada’s citizens — and especially its senior senator, Democratic Majority Leader Harry Reid — don’t want the state to become the eternal gardens of the nuke industry. So 50 states have spread nuke waste in far less secure and safe locations — and nuclear power is stalled, and along with it, a good source of clean electricity and a substitute for coal.

That is factionalism run amok, and it is hardly unique. Across a range of energy issues, the power of the minority outrules the needs of the majority.

Corn farmers in Iowa, flush with federal rebates, still demand a hefty tariff on cheap and available Brazilian sugar cane ethanol. Shrimpers and surfers in the Gulf Coast prevent us from getting to oil underneath the outer continental shelf well beyond the coast of Florida.

Suburban environmentalists fight efforts to build liquid natural gas intake ports on the Eastern Seaboard, ports that would allow us to import cheap energy from Trinidad. Community and zoning boards prevent home-owners from putting solar panels on the roofs of their houses. Automakers and their unions fight efforts to require technology that would allow all cars and trucks, at a cost of just $100 per vehicle, to run on a variety of gas-and-biofuel mixes, a sure way to break the power of the OPEC cartel.

Any and all of these steps would go a long way to helping reduce energy costs, improve the prospects for alternative energy technologies and spur new approaches to our energy economy. But they are being held hostage by factions incapable of compromise or simply uninterested in it.

Normally, the market has a way of assigning a cost to personal taste. Don’t like flying with the hoi-polloi and fighting through security? Fine, take a private jet and pay for the privilege. Don’t want to shop at a supermarket where grubby hands molest your vegetables before you buy them? Fine, shop at the upscale market where they wrap the veggies in plastic.

The problem is that energy doesn’t work that way. If environmentalists are willing to spend a few cents more per kilowatt to keep new coal-fired plants from being built, we all have to indulge that luxury. If Iowa farmers don’t want to compete with Brazilian sugar cane, we all have to pay a few extra cents per gallon at the pump.

Soon enough, those pennies add up — and what’s worse, the spirit of factionalism reigns supreme. Every special energy interest needs to be indulged; every tender nerve must be avoided. And so we get light bulb laws, and not much more.

Here is an idea: Let’s do away with the idea of a national energy policy. Let’s do away with the idea of energy regulation altogether. Let everyone decide their own energy policy, and devise their own energy solutions, right down to the decision of whether to put a drilling rig in their front lawn, or whether to band together with the neighbors and use that foreclosed house down the street as a mini-refinery.

Laughable? Yes. But it’s merely taking our current energy policy and extending it to its next logical point: anarchy.