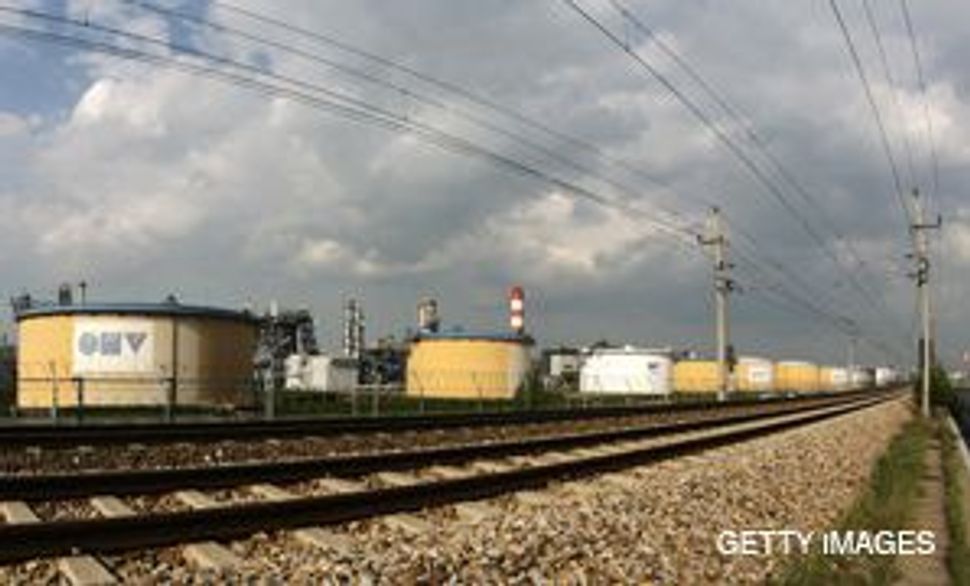 RAILING: The Stop the Bomb alliance has summoned memories of the Holocaust to criticize the state-owned Austrian oil and

When shareholders of the Austrian oil and gas company OMV met in Vienna May 14 for their annual meeting, they were met by a small group of noisy protesters from Stop the Bomb, a mostly Jewish alliance opposed to OMV’s business dealings with Iran. Just 10 days earlier, the alliance held a conference in the Austrian capital where it warned that Iran was seeking an atomic bomb to launch a second Holocaust against the Jewish people — and that companies like OMV were helping Tehran in its quest. 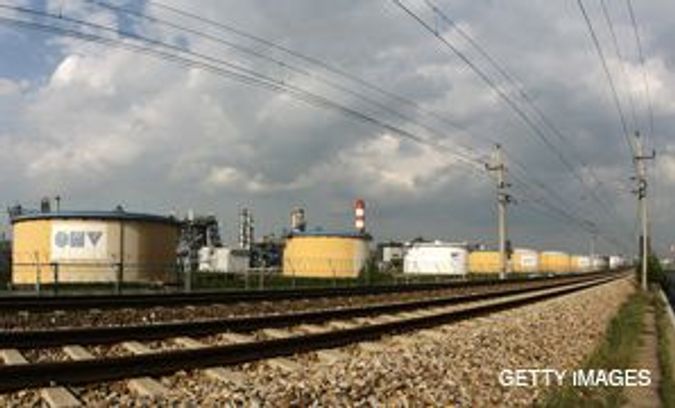 RAILING: The Stop the Bomb alliance has summoned memories of the Holocaust to criticize the state-owned Austrian oil and

As of press time it looked like Stop the Bomb may actually achieve its aim, as OMV appears to be backing away from a controversial natural gas investment in Iran. But such victories may very well turn out to be Pyrrhic, because the anti-Iran alliance’s overheated rhetoric and tactics are threatening to impair broader Jewish causes.

Stop the Bomb was launched last year by the Israelitische Kultusgemeinde, the organized Jewish community in Vienna, and a few non-Jewish allies. It was formed to protest OMV’s plans to invest up to $30 billion in an Iranian gas field and to build a plant to liquefy natural gas in Iran and send it by ship to Europe.

The project, one of the biggest involving a European oil and gas company in Iran, had the support of the Austrian government, which is the largest shareholder in the company. The government lent its support to the deal primarily because it would reduce Europe’s unhealthy dependence on gas imports from Russia, which has proved to be an unpredictable trading partner. The same rationale has also driven OMV to pursue a separate European Union-backed plan to build a new pipeline from Austria to eastern Turkey that would bypass Russia but would eventually need Iranian natural gas in order to become economically viable.

Energy independence, however, appears to be the last thing on the mind of opponents of the deal.

Stop the Bomb — with some egging on by Ronald Lauder, president of the World Jewish Congress — adopted what amounts to the nuclear warhead of all political debates: With slogans like “OMV — Murder and More” prominently displayed on its Web site, the alliance implicitly accused the company of picking up where the Nazis left off by doing business with Iran.

Such dire warnings, however, have been greeted with skepticism in Austria, even among those who have never hesitated to own up to the country’s complicity in the Holocaust. It is far from certain, they say, that investments like that of OMV will make the building of an Iranian bomb more probable, or that an end to the project would slow down Iran’s nuclear designs.

Furthermore, they do not believe that Iran’s nuclear designs are directed primarily against Israel, and they seriously doubt that a nuclear-armed Iran would be so foolish as to attack the one country that has both the will and capacity to retaliate. Despite his repeated rantings against Israel, Iranian president Mahmoud Ahmadinejad is viewed by very few Austrians as a modern-day Adolf Hitler. There are plenty of level-headed analysts who argue that Western involvement in Iran would help reformers and create incentives for Tehran to abandon its nuclear program.

So when Stop the Bomb started dropping implicit allusions to Auschwitz, even those Austrians who oppose the OMV deal got a bit resentful.

A conference the alliance held earlier this month drew little media coverage, and what little was reported dealt mostly with the provocative suggestion by Israeli historian Benny Morrris that Israel might use a nuclear strike to stop Iran from acquiring nukes. Whatever attention it did garner, it certainly did little to gain support for the anti-Iranian cause.

The tendency of Stop the Bomb and some other Jewish voices to focus on Tehran’s threat to Israel, and by extension to the Jewish people, has had the effect — least in the eyes of more than a few Europeans — of making a nuclear dispute between the United Nations and Iran into a regional squabble between two religiously motivated, aggressive and generally unpredictable powers.

Admittedly, Europeans are prone to adopt such views; few will forget the shocking 2003 public opinion poll that found Europeans viewed Israel as the biggest threat to world peace. But knowing that, it makes little sense to play up Israel’s military options when the goal is to influence European public policy. The involvement of Jewish functionaries in the cause also reinforces the misguided notion that all Jews support Israel, and are therefore responsible for all Israeli actions.

Fortunately, along with all the brash activists of Stop the Bomb there are other forces at work. Behind-the-scenes diplomacy by Washington and some European leaders, in particular German Chancellor Angela Merkel, has convinced OMV that it needs to put its Iranian plans on hold so long as the threat looms of broader international sanctions against Tehran.

The CEO of OMV, Wolfgang Ruttenstorfer, a man known for being cautious, has tried to keep the Iranian option open but has informally conceded that the time for such an investment is not right. Other European companies have recently come to the same conclusion. For once, it appears, the Bush administration has used its leverage effectively.

Yet even if tensions are reduced between Iran and the West, and European investments in the Iranian energy industry pick up again, there may be good arguments for an Austrian company to stay away. The Iranian deal would certainly be good business for OMV, but most of its profits would still come from elsewhere, and even without a nuclear program the regime is Tehran is not the kind of people the Austrian government ought to be getting too close to.

There may be good arguments, or there may not; an open discussion is certainly in order. Austria, just like the rest of Europe, clearly needs a reasoned debate how to balance its need for energy security with the dangers of a nuclear-armed Iran.

Just as clear, though, is this: Turning this issue into a replay of the Holocaust — and OMV into a modern-day IG Farben — will not move the discussion forward one bit.