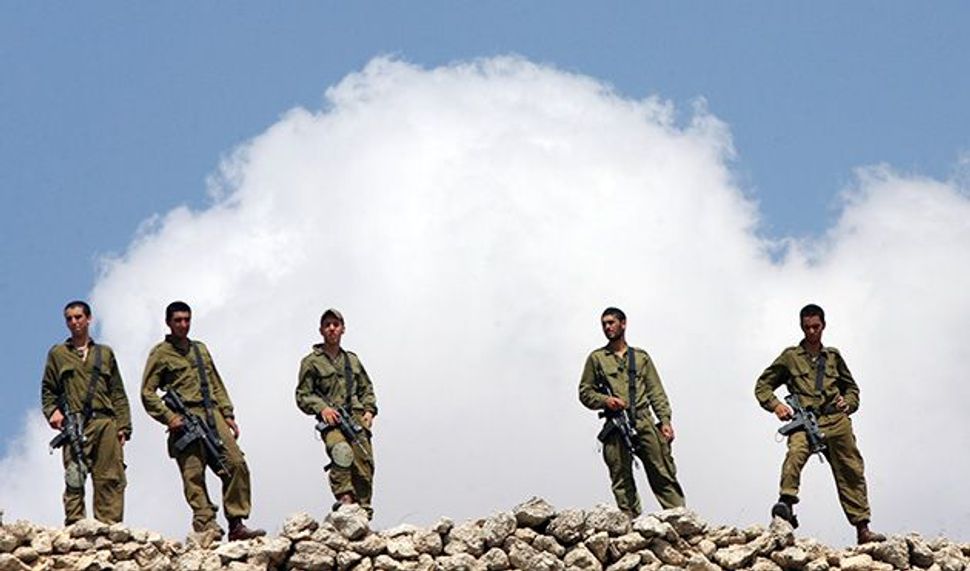 When everything is said and done, how important is the West Bank to Israel’s defense?

To answer the question, our best starting point is the situation before the 1967 war. At that time, the Arab armed forces surrounding Israel outnumbered the Jewish state’s army by a ratio of 3-to-1. Not only was the high ground in Judea and Samaria in Jordanian hands, but Israel’s capital in West Jerusalem was bordered on three sides by hostile territory. Arab armies even stood within 14 miles of Tel Aviv. Still, nobody back then engaged in the sort of fretting we hear today about “defensible borders,” let alone Abba Eban’s famous formulation, “Auschwitz borders.” When the time came, it took the Israel Defense Forces just six days to crush all its enemies combined.

Since then, of course, much has happened. Though relations with Egypt and Jordan may not always be rosy, both countries have left “the circle of enmity,” as the Hebrew expression goes. Following two-and-a-half decades of astonishing growth, Israel’s GDP is now larger than those of Lebanon, Syria, Jordan and Egypt combined. As to military power, suffice it to say that Israel is the world’s fifth-largest exporter of arms.

Syria, Israel’s main remaining hostile neighbor, has never on its own been strong enough to seriously threaten Israel. While Damascus is getting some weapons from Iran, the latter is no substitute for the genuine superpower patron that Syria had in the old Soviet Union.

Overall, therefore, Israel’s position is much stronger than it was at any time in the past. So how does the West Bank fit into this picture?

One of the main threats that Israel faces today is from ballistic missiles. Yet everybody knows that holding on to the West Bank won’t help Israel defend itself against missiles coming from Syria or Iran. Even the most extreme hawk would concede this point.

As far as the threat of a land invasion, it is of course true that the distance between the former Green Line and the Mediterranean is very small — at its narrowest point, what is sometimes affectionately known as “Old” Israel is just nine miles wide. As was noted before, it is also true that the West Bank comprises the high ground and overlooks Israel’s coastal plain.

On the other hand, since the West Bank itself is surrounded by Israel on three sides, anybody who tries to enter it from the east is sticking his head into a noose. To make things worse for a prospective invader, the ascent from the Jordan Valley into the heights of Judea and Samaria is topographically one of the most difficult on earth. Just four roads lead from east to west, all of which are easily blocked by air strikes or by means of precision-guided missiles. To put the icing on the cake, Israeli forces stationed in Jerusalem could quickly cut off the only road connecting the southern portion of the West Bank with its northern section in the event of an armed conflict.

The defense of the West Bank by Arab forces would be a truly suicidal enterprise. The late King Hussein understood these facts well. Until 1967 he was careful to keep most of his forces east of the Jordan River. When he momentarily forgot these realities in 1967, it took Israel just three days of fighting to remind him of them.

Therefore, just as Israel does not need the West Bank to defend itself against ballistic missiles, it does not need that territory to defend itself against conventional warfare. If it could retain a security presence in the Jordan Valley, keep the eventual Palestinian state demilitarized and maintain control of the relevant airspace, that would all be well and good. However, none of these conditions existed before 1967; in view of geography and the balance of forces, none is really essential today either.

And how about terrorism? As experience in Gaza has shown, a fence (or preferably a wall) can stop suicide bombers from entering. As experience in Gaza has also shown, it cannot stop mortar rounds and rockets. Mortar and rocket fire from the West Bank could be very unpleasant. On the other hand, Hezbollah, Syria and Iran already have missiles capable of reaching every point in Israel, Tel Aviv included. Many of those missiles are large and powerful. Compared to the damage they can cause, anything the Palestinians are ever likely to do would amount to mere pinpricks.

Furthermore, in recent years Israel has shown it can deal with that kind of threat if it really wants to. Since 2006, when the Second Lebanon War killed perhaps 2,000 Lebanese, many of them civilians, and led to the destruction of an entire section of Beirut, the northern border has been absolutely quiet. Since Operation Cast Lead, which killed perhaps 1,200 Gazans, many of them civilians, and led to the destruction of much of the city of Gaza, not one Israeli has been killed by a mortar round or rocket coming from the Gaza Strip. Since mortar rounds and rockets continue to be fired from time to time, that is hardly accidental. Obviously Hamas, while reluctant to give up what it calls “resistance,” is taking care not to provoke Israel too much.

Keeping all these facts in mind — and provided that Israel maintains its military strength and builds a wall to stop suicide bombers — it is crystal-clear that Israel can easily afford to give up the West Bank. Strategically speaking, the risk of doing so is negligible. What is not negligible is the demographic, social, cultural and political challenge that ruling over 2.5 million — nobody knows exactly how many — occupied Palestinians in the West Bank poses. Should Israeli rule over them continue, then the country will definitely turn into what it is already fast becoming: namely, an apartheid state that can only maintain its control by means of repressive secret police actions.

To save itself from such a fate, Israel should rid itself of the West Bank, most of Arab Jerusalem specifically included. If possible, it should do so by agreement with the Palestinian Authority; if not, then it should proceed unilaterally, as the — in my view, very successful — withdrawal from Gaza suggests. Or else I would strongly advise my children and grandson to seek some other, less purblind and less stiff-necked, country to live in.

Martin van Creveld is an Israeli military historian and the author of “The Land of Blood and Honey: The Rise of Modern Israel” (St. Martin’s Press, 2010).